The uncertainty is over! Valtteri Bottas is the new Mercedes-AMG PETRONAS driver and will keep Lewis Hamilton company for the upcoming season, after having signed a one-year deal with the 3-time world champions. To replace Bottas, Williams convinced Felipe Massa to re-join the Formula 1.

The Executive Director Toto Wolff has just presented Valtteri Bottas to the team in Brackley, making the announcement public just his afternoon. It is no coincidence that the move was made shortly after former Executive Director Technical Paddy Lowe moved from Mercedes to Williams. 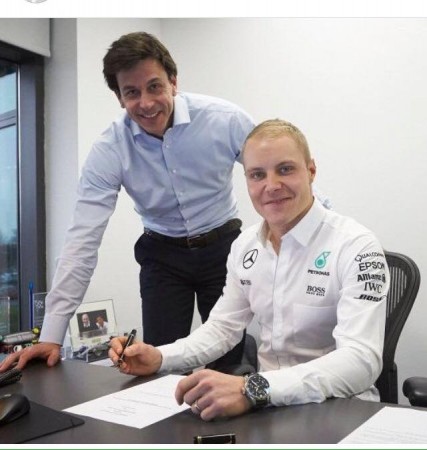 Speaking about the moves, Claire Williams, Williams’ deputy team principal, said: “With Valtteri having a unique opportunity to join the current constructors’ champions, we have been working hard to ensure that an agreement could be made with Mercedes to give Valtteri this fantastic opportunity.”

With nine podium finishes in Formula 1 since he joined the championship back in 2010, 27-year old Valtteri Bottas confirmed his talent, but the move is also based on his relationship with the Mercedes boss. Toto Wolff is part of the Finn’s management team and Valtteri is a good friend of Wolff’s wife, former Formula 1 driver, Susie. 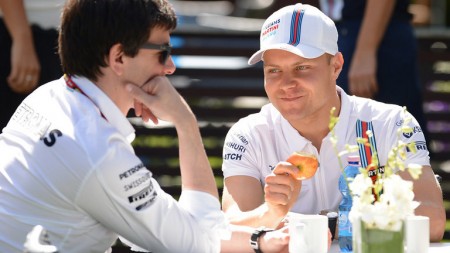 After a tearful departure from Formula 1, Mexican Felipe Massa is back in the game. Williams convinced him to return.

“Felipe has always been a much-loved member of the Williams family, and having the opportunity to work with him again is something we all look forward to”, says Claire Williams.

Mercedes was a ticking bomb since the day Nico Rosberg shockingly announced his retirement. Toto Wolff has been going up and down the grid trying to replace the World Champion, but most valuable drivers had signed the extension of the agreements with their teams.