Urban eTruck is the first fully electric truck for heavy distribution made by Mercedes-Benz offering ranges of up to 200 kilometres and a load capacity comparable with diesel drive.

The revolutionary truck is not only Mercedes’ first foray into the electric truck market but also the first fully electric truck in the world with an admissible total weight of up to 26 tonnes.

Technically the Mercedes-Benz Urban eTruck is based on a heavy-duty, three-axle short-radius Mercedes-Benz distribution truck. In addition, however, the developers at Daimler Trucks have totally revised the drive concept: The entire conventional drivetrain being replaced by a new electrically driven rear axle with electric motors directly adjacent to the wheel hubs – derived from the electric rear axle which was developed for the Mercedes-Benz Citaro hybrid bus.

The power is supplied by a battery pack consisting of three lithium-ion battery modules. This results in a range of up to 200 km – enough for a typical daily delivery tour. Thanks to the integrated concept with motors adjacent to the wheel hubs, the batteries are housed in a crash-proof location inside the frame. 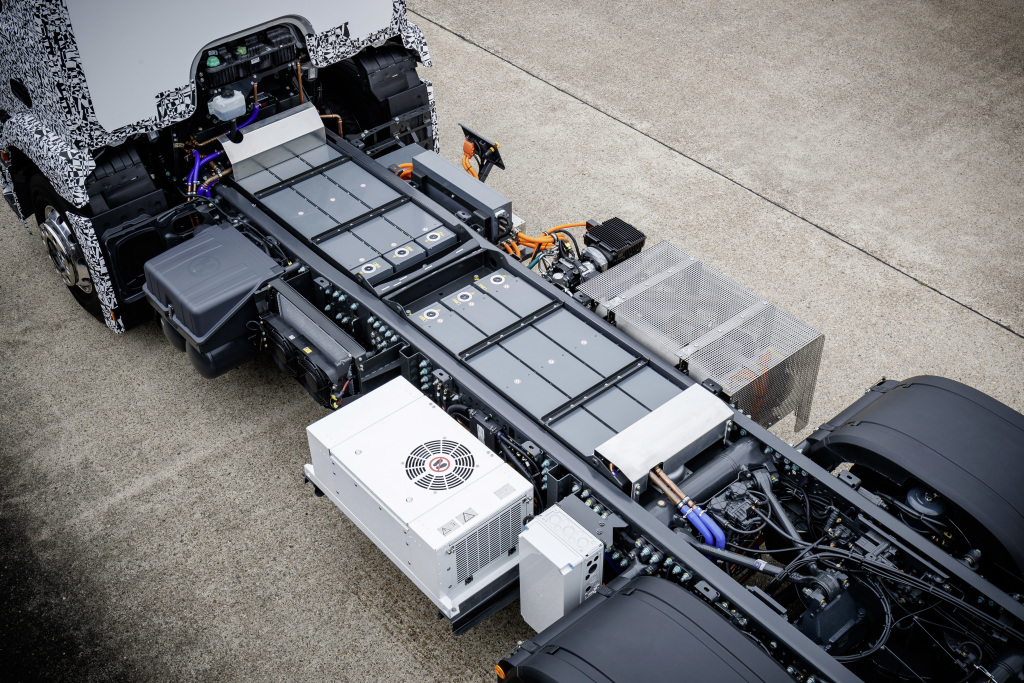 As the EU Commission is in favour of increasing the permissible gross vehicle weight of trucks with alternative drives by up to one tonne, this will more or less level out the weight surplus of the electric drive. This will raise the permissible gross vehicle weight of the Urban e Truck from 25 to 26 tonnes, which will bring the original extra weight down to 700 kg compared with a directly comparable IC-engined truck.

The market launch of this technology is conceivable for Daimler Trucks at the beginning of the next decade.