If there is a will, there is a way. This is the base the Mercedes giants are built on. And they are proving this. The latest demonstration took place in the extreme rally of the 2015 Wroclaw Poland Rally.

There were eight nerve-racking days and more than 1500 kilometers of going through dust and sand, mud and step terrain. But the Unimog and the Zetros trucks proved what we already knew. Three amateur teams from Germany and Poland won by driving the Mercedes trucks in the categories “Small Truck Extreme”, “Big Truck Extreme” and “Small Truck Cross Country”.

Rally driver Alfred Wemhoff and his Dutch navigator Simon Meintema came out triumphantly driving their newly built rally Unimog, based on the Unimog model series 437, in the “Small Truck Extreme” category, which brought trucks with a gross vehicle weight of 7.5 tons, pitted at the start line. 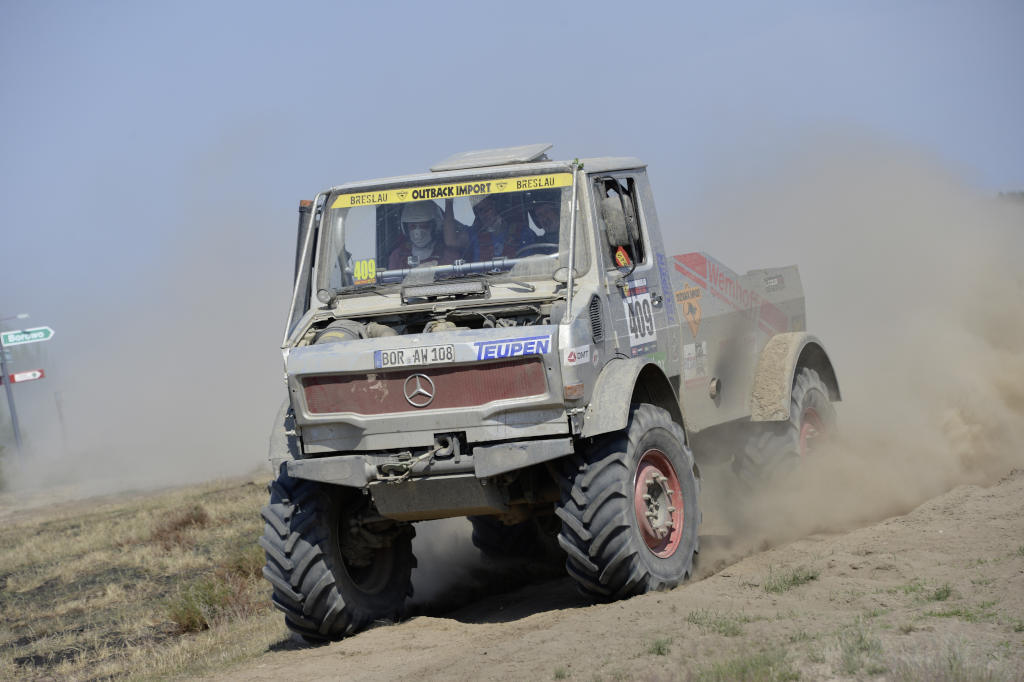 It was a special moment for Alfred Wemhoff, the owner of a family business, which buys and sells silo and tipper vehicles in the German Münsterland region. It was his seventh Polish rally and yet his very first victory, after driving his 1987 Unimog for a full 29-hour time. And he finished more than three hours ahead of the vehicle coming in the second place. When unvealing his personal secrets to success, he’s got a long list of those: a roll cage, special shock absorbers, bucket seats, modified approach and departure angles, winch, about 330 horsepower, a high-speed transmission for speeds up to about 125 km/h and, last but not least, off-road driving skills, vast experience and steady driving with good navigation.

In the “Big Truck Extreme” category, for trucks with a gross vehicle weight of more than 7.5 tons, Polish rally specialists Krzysztof Ostaszewski, Lukasz Piasecki and Slawomir Papaj scored a major success on board the Mercedes-Benz Zetros truck.

Another triumphant Unimog was that driven by Hanspeter Karches and his co-driver Bernd Regensburger in the fast “Small Truck Cross Country” category. The team managed to complete hard sand tracks and various racing kilometers with precise navigation and high speeds.

This years edition saw the participants go from Hohenmoelsen near Leipzig, Germany, to Drawsko Pomorskie in Poland. There were no less than 127 rally teams from 15 countries entering the rally to battle the breathtaking fords, deep mud holes, spectacular steep hills and sand tracks. 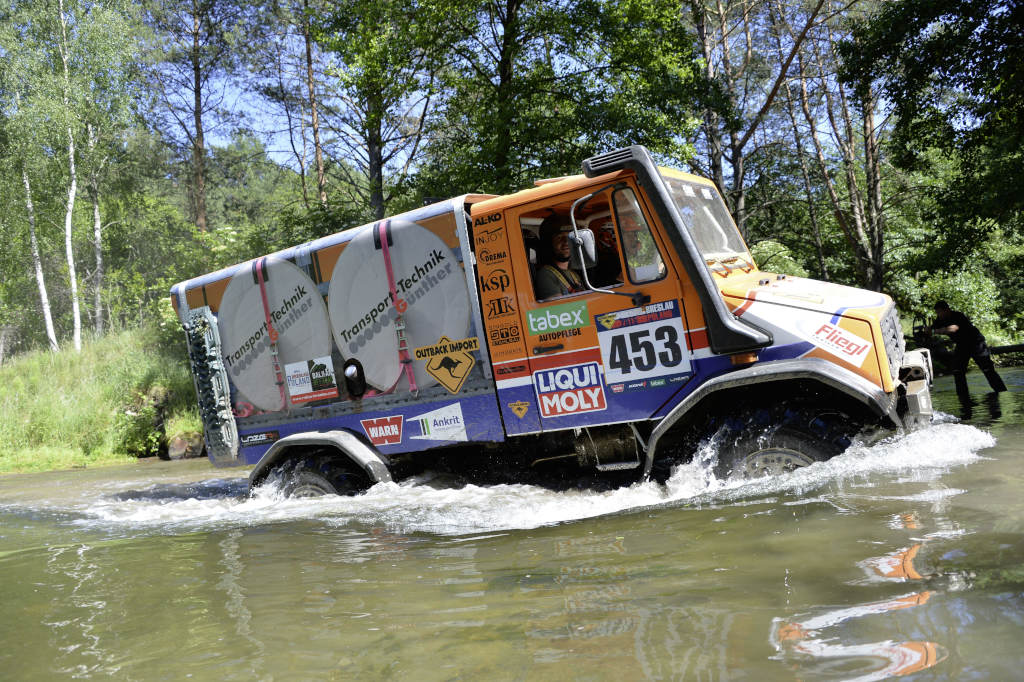 The most challenging part of the rally was at nighttime, when the trucks had to fight the swampy military training area in Biedrusko and ride over sandy tracks of the Polish military compound in the forests of Borne Sulinowo.

The Wroclaw Poland Rally, also known as the “Dakar Rally of the North”, is an international, licence-free and cross-border marathon rally. The competition made its debut 20 years ago. In 1995, just 60 vehicles were at the start, 35 cars, 20 motorcycles and just five trucks. Nothing compared to today’s competition, when the Wroclaw Poland Rally has turned into an internationally established event and one of the largest, toughest and most demanding competitions among the licence-free off-road rallies in Europe.