The world’s mightiest limo will soon get a new and totally unexpected rival. Called the Genesis G90, this is the top model of Hyundai’s newly established independent premium brand.

Following in the footsteps of Lexus and Infiniti, Hyundai decided to split its line-up and create a separate entity right at the top of the car industry echelon. As a result, the newest brand in the world has just seen the daylight. It is called Genesis and it challenges the best of the best, including Mercedes-Benz and its S-Class.

Their first model is also their biggest and greatest. Titled the G90 – known in its Korean homeland as the EQ900 – it will be officially presented on December 9th in Seoul. The Korean flagship measures 5.16 meters in length and must fight with the Mercedes S Class and BMW 7 Series.

No need to wait until then, though. The first spy pictures already give us a clear image of the full size sedan’s final design cues showing strong similarities with this year’s Pebble Beach Vision G Coupé concept. 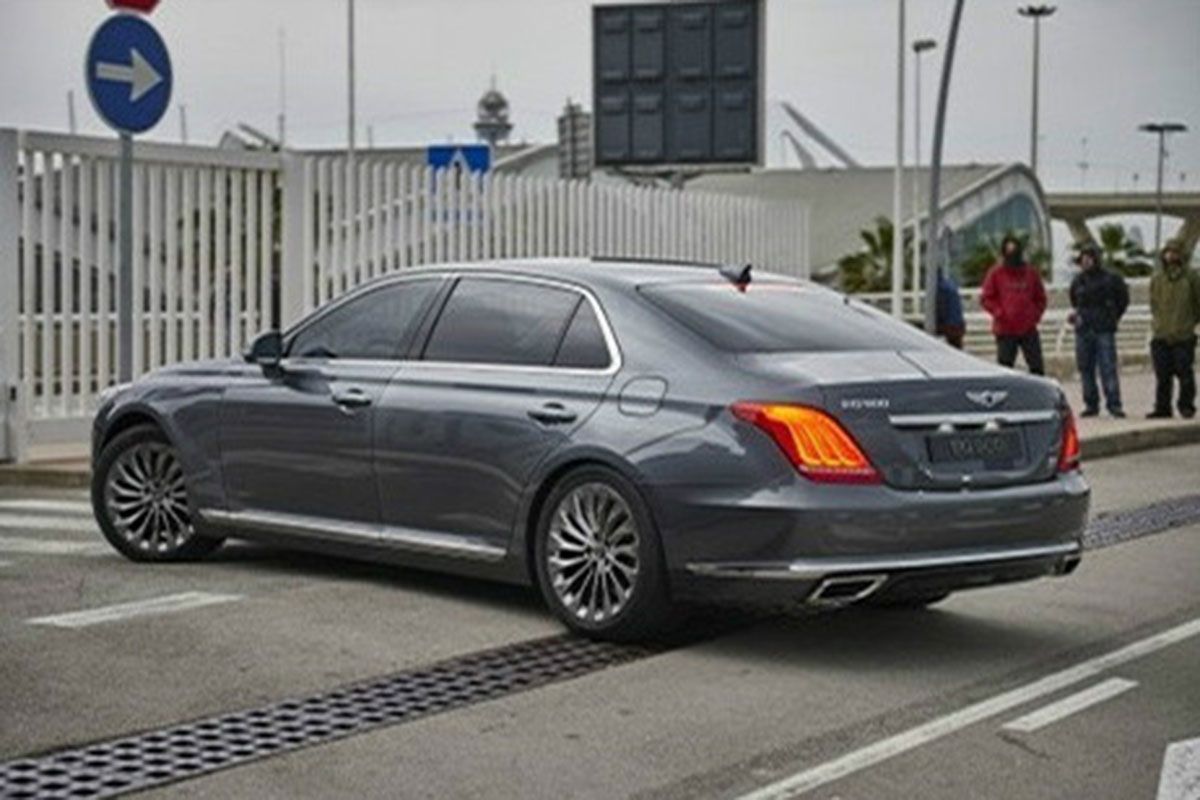 Under the hood, we expect to see a 3.8-liter V6 that delivers 334 hp. Also, Hyundai’s new 3.3-liter twin turbo V6 is also expected to make an appearance. The turbo engine is good for 370 hp. At the top of the ladder, we will encounter Hyundai’s trusted Tau 5.0-liter V8.

This is not the first time Hyundai had ventured into the realm of luxury. The Equus is in fact a long established name plate and model in its native land. The current model has been on the market since 2009 and will eventually be the last marketed under the Hyundai logo. The new G90 will adopt the Genesis flag instead.