A road trip to the French Pyrenees needs all the power and safety it can get. That is why Mercedes-Benz Turismo is an option for tourism in the French mountains.

Pyrenees, France, high in the mountains. This is the best place to show that traveling with the Tourismo is the right decision, says Mercedes-Benz. But we choose to let the bus speak for itself in the following video:

The Mercedes-Benz Turismo is set on a trip to culture, adventure and breathtaking landscapes of sky-high crests along the bendy roads of the mountains that form a natural border between France and Spain, separating the Iberian Peninsula from the rest of the European continent and sandwiching the territory of the little independent Andorra.

As a symbol for comfort and safety, Mercedes-Benz Buses tries to provide an unforgettable travel experience, going through passes of high elevation, right beside rowdy waterfalls like the Gavarnie, which goes 462 meters high (1,515 ft). These are the mountain roads pervaded by the cyclists during the Tour de France race every July. 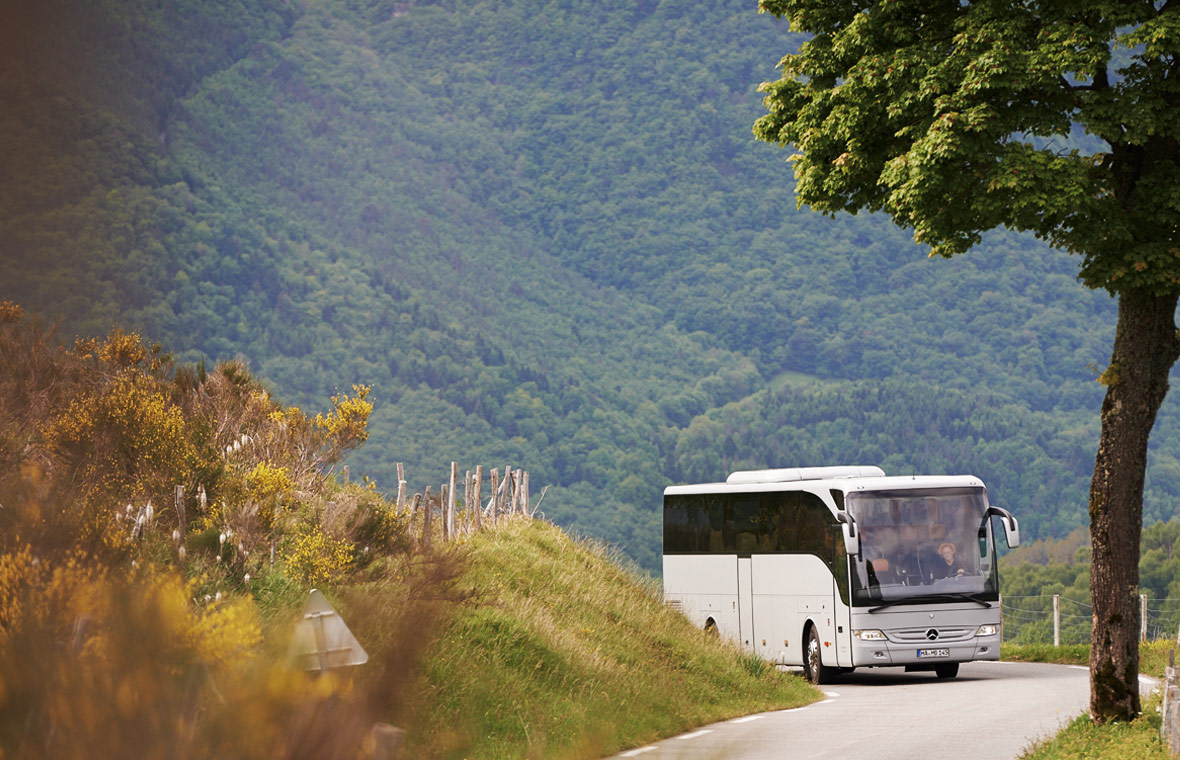 Because they go for the best or nothing, Mercedes-Benz Buses seal alliances with the very best. Germany’s national soccer team, that became the best in the world winning the World Cup in Brazil last year, travels around the world in a Mercedes-Benz vehicle, especially built for Goetze and his teammates. The team coached by Joachim Lowe actually gets a new bus every season, upgraded to the new standards.

And this past year, Mercedes-Benz has also provided the German soccer female team with one of their starred products. The girls are truly impressed by the feeling they get inside the bus. It is like traveling with your own living room, they say. They can even polish their nails after the victory. The bus is reliable enough: