Mercedes-Benz makes the best out of each chance of praising their models for good looks and stunning design and honestly, we really can’t blame them. That’s why we came up with a list of seven Mercedes-Benz models which, in our view, are among the most beautiful cars Stuttgart had to offer.

We understand the fact that design is a matter of taste and we respect that. This means that this top seven can look a lot different in other people’s views. Which is actually a good thing, since the world would be boring if we all made the same choices, right?

So, after scrolling down through our list of candidates (arrange in no particular order), please feel free to suggest your own choices in the comments section below. Moreover, if you feel like we forgot to include one particular car, please let us know.

Known best for its distinctive gull-wing doors and first-ever consumer fuel-injection, the Mercedes-Benz 300SL (W198) was the fastest production car of its day. The model was introduced in 1954 during the New York Auto Show as a two-seat sports car only to be later offered as an open roadster. 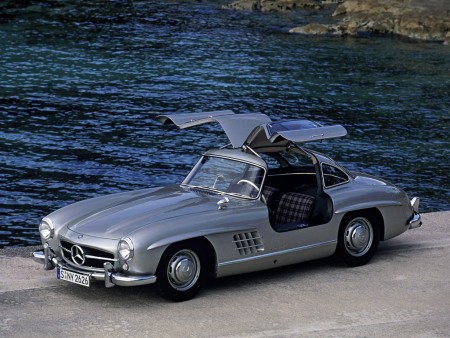 The 300 in the model’s name stood for its three liter engine displacement, while SL came from Sport Leicht, meaning Sport Light in German. Although its doors were spectacular when opened, the 300SL had a high sill, which meant that access in and out of the car was a problem. As a solution, the steering wheel was mounted on a tilt-away column in order to improve driver access.

Mercedes-Benz built the 500 K (W29) between 1934 and 1936, as a grand touring model. It was first revealed at the 1934 Berlin Motor Show and it was set apart from the 500 sedan by the K indicative, coming from Kompressor, meaning supercharger in German. 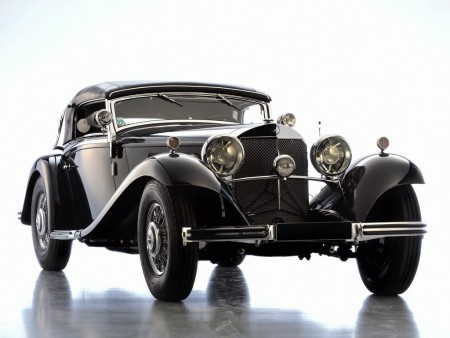 With just one press of the gas pedal, the driver could unleash the five litre straight-eight engine delivering 160 hp and allowing the car to go as fast as 160 km/h. Fuel consumption was estimated around 30 l/100 km but hey, such a top speed back in the 30’s was a really big deal.

The CL-Class saga was born in 1996 and lasted until 2013. The model was based on the full-size S-Class luxury sedan and was formerly known as the SEC and later under S-Coupe moniker. 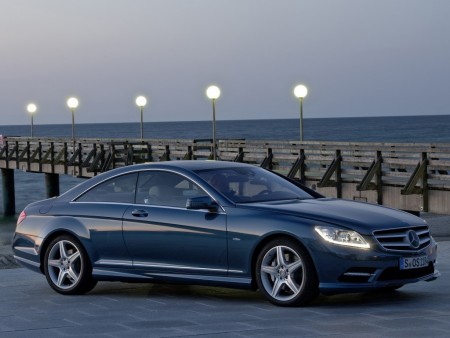 CL stands for Coupe Leicht (Coupe Light in English) and like its predecessors, the C216 has no B-pillars to interfere with the sleek curve of the side windows. The model made its debut during 2006 Paris Motor Show, being developed and built on the W221 S-Class chassis.

The second vintage beauty in our top seven is the Mercedes-Benz 190SL (W121 B2), a two-door luxury roadster produced by Mercedes-Benz in the 1955-1963 interval. It was considered as an attractive, much cheaper alternative to the Mercedes-Benz 300SL Gullwing, which by that time developed a name for its exclusive character and extravagant owners. 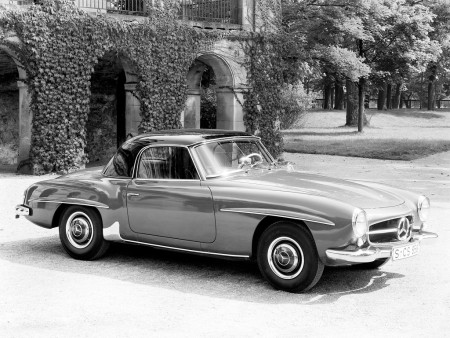 Friedrich Geiger designed the Mercedes-Benz 540 K, a development to the 500 K, presented for the first time at the 1936 Paris Motor Show. The 540 K was one of the largest cars at that time and was available as a two seater convertible, four seater coupe or seven seater limousine with special equipment such as armoured sides and armoured glass. 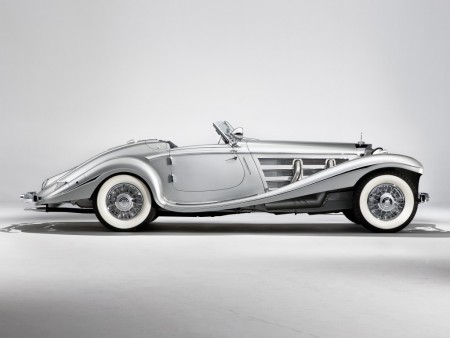 The straight-eight engine had its capacity increased to 5,401 cc and developed 115 hp directed towards the rear axle through a four-speed or optional five-speed manual transmission. In addition, the engine was offered with an attached Roots supercharger which could be either operated manually for short periods or automatically, when the gas pedal was pushed to the floor. During this manoeuvre, the power output was increased to 180 hp, allowing the 540 K to accelerate to 170 km/h. 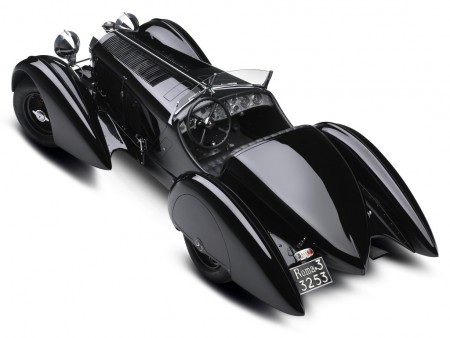 Ferdinand Porsche designed the car for Mercedes-Benz, just before he left and decided to start his own company. The SSK used a monstruous supercharged 7-litre straight-six engine which produced 200-300 hp and over 680 Nm of torque. Remember, this is the 20’s we’re talking about. The car made name for itself after being driven to victory in races such as the 1929 500 Miles of Argentina, the 1931 Argentine Grand Prix, the 1929 British Tourist Trophy race in the hands of legendary racing driver Rudolf Caracciola and the 1931 Mille Miglia.

7. SLS AMG
Unveiled at the 2009 Frankfurt Motor Show, the Mercedes-Benz SLS AMG was the first Benz automobile designed in-house by AMG. Thanks to its gull-wing doors, the model is seen as a spiritual successor to the Mercedes-Benz 300SL but in fact Mercedes-Benz built it to replace the SLR McLaren. 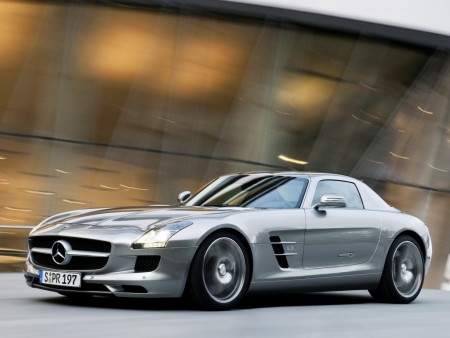 SLS stands for Sport Leicht Super (Sport Light Super) and as the name and appearance suggest, the SLS AMG was designed to be a modern 300SL by Mark Fetherston.