Top 6 most luxurious SUVs on the planet

I also included in this top the BMW X7 because the size recommends it for this segment. But, unlike Maybach GLS, it does not have a luxurious option of 4 or 5 seats but only 7 seats. With a huge grille, it is one of the ugliest BMW models and has nothing to do with the dynamic spirit of the brand. The strong point is the excellent 4.4-liter engine with turbos inside the V, just like the Mercedes V8 twin-turbo engine. It develops 530 HP and 750 Nm. 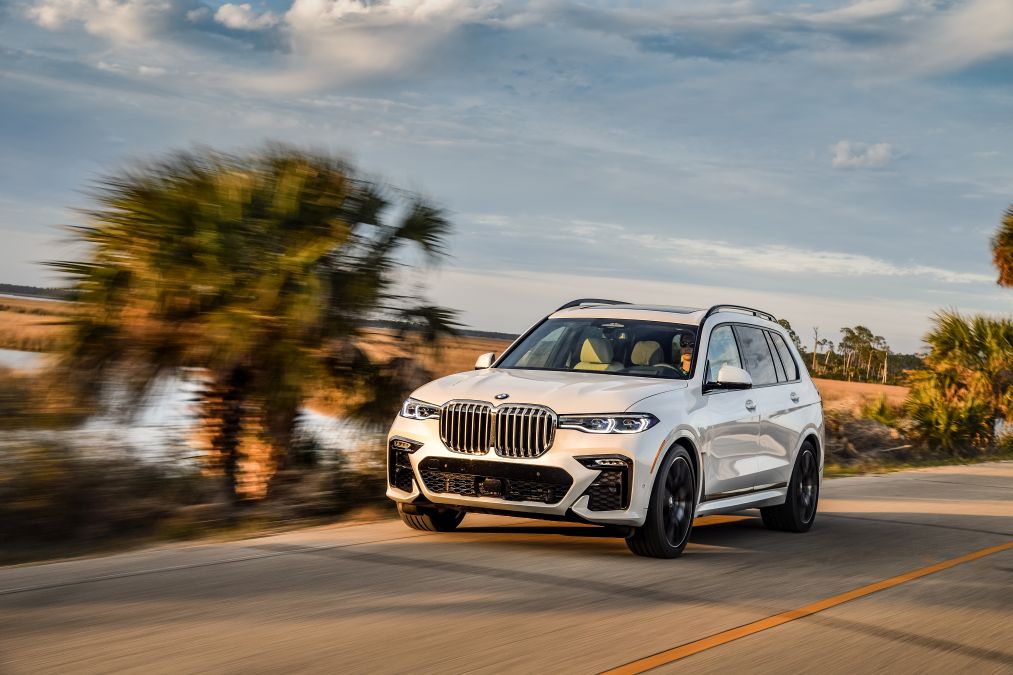 Bentley has officially unveiled only few days ago the facelift version of the Bentayga SUV. The new model is presented with a series of aesthetic changes and 550 HP V8 engine which has Audi origin and is used also on Lamborghini Urus.

Bentley has refreshed its SUV. Bentayga is one of the most successful models produced by the British manufacturer, recently exceeding 20,000 units in 4 years.

To keep the model fresh, Bentley made a number of aesthetic changes to the exterior: the radiator grille has a different size and has been repositioned, and the spoilers have been redesigned. The wipers now have heated arms and nozzles placed directly on their arms.

The Bentayga facelift also receives 22-inch wheels with a new design and two new body colors. The interior has also been refreshed by adding a central display with a diagonal of 10.9 inches, and the shape of the vents has been changed. The infotainment system now allows wireless connection for Apple Car Play.

The seats are new and the space for the rear passengers has increased. The rear ones now have a tablet through which they can control the car’s systems.

In terms of engine, the Bentley Bentayga facelift will be available for starters exclusively with the 4.0-liter biturbo V8 engine. It develops 550 hp and 770 Nm. It is paired with an eight-speed automatic transmission. The Bentayga V8 can accelerate from 0 to 100 km / h in 4.5 seconds, with a top speed of 290 km/h.

Later, versions with W12 engine and Hybrid plug-in will be added to the range. The W12 will not be available anymore in Europe. 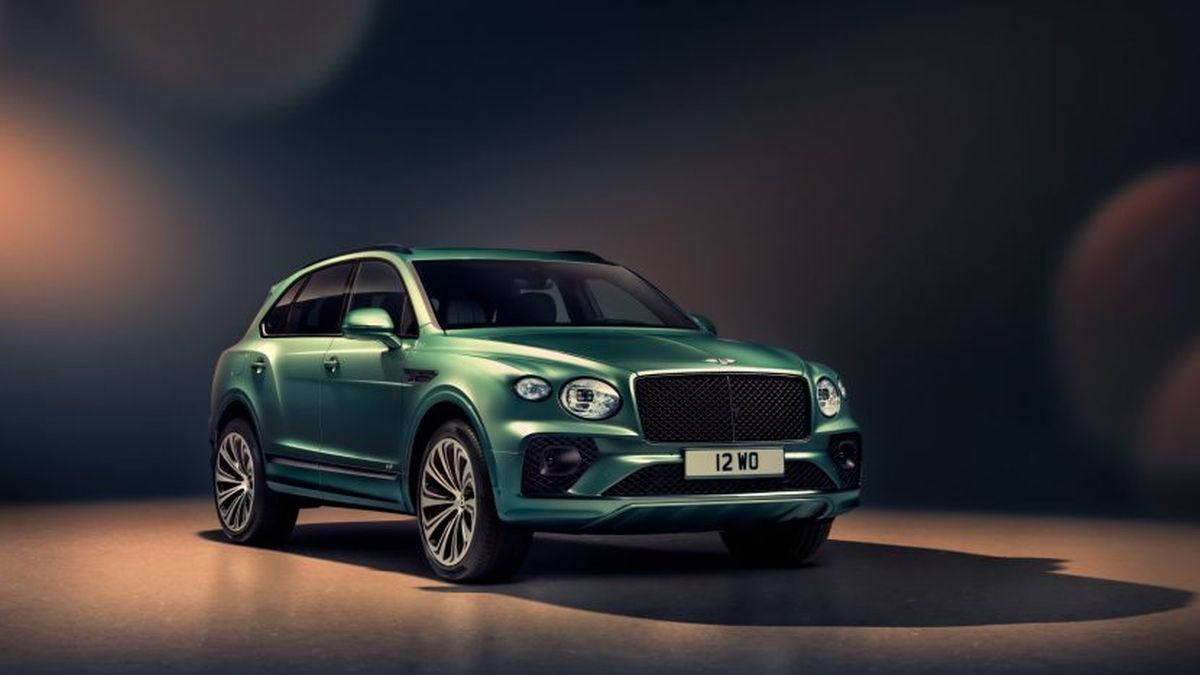 Paradoxically, the decision to close the Maybach brand in 2012, just 15 years after its relaunch, was a very good decision.

In 2015 Mercedes relaunched the name Maybach as a subbrand of Mercedes just like AMG and the first model launched was Mercedes-Maybach S-Class based on the long version W222. And as the new Mercedes GLS has been dubbed the S-Class of SUVs, Mercedes is launching a Maybach version for the new GLS for the first time. 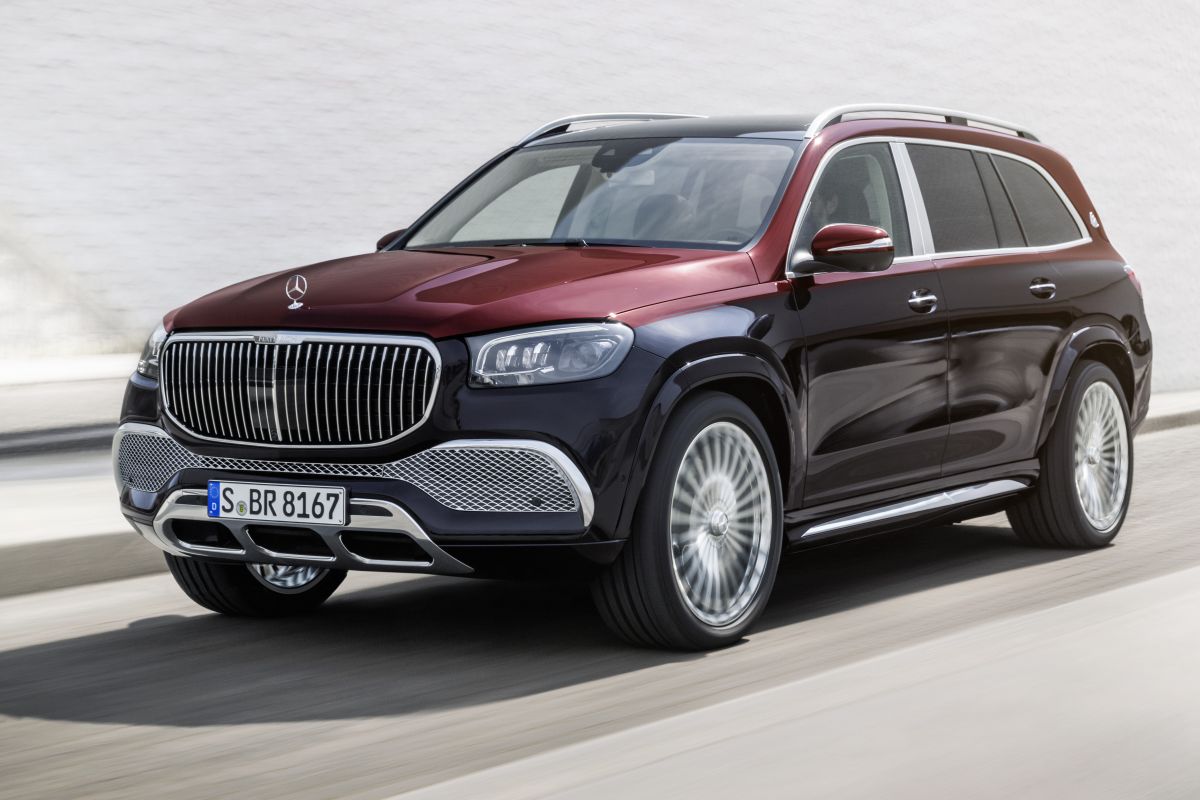 The space for the rear legs thus reaches 1,103 mm, which allows the footrest to be extended to both rear outer seats. With the front passenger seat in the chauffeur position, the legroom in the rear increases to 1.34 meters.

The Airmatic suspension included as standard or the optional revolutionary the E-Active Body Control system ensures high-class comfort and a Maybach mode available in world premiere ensures even more comfort.

A V12 engine like the former Maybach S-Class W222 will not be offered. The only engine is the 4.0-liter bi-turbo V8 with 558 hp and 730 Nm with 48V network and mild hybrid system in which an electric motor with 22 HP and 250 Nm supports the heat engine at acceleration.

Aston Martin DBX is built on a new platform with glued aluminum body, without bolts and the kerbweight is 2,245 kg, acceptable for a luxury SUV with all-wheel drive, over 5 meters long and over 2 meters wide . The drive train has double wishbone on the front axle and multilink on the rear axle. Air suspension with three air chambers and 48V network is standard.

Unlike the luxury SUVs from the VW Group like Cayenne, Touareg, Q8 but also unlike the X6, DBX does not use active stabilizer bars but a system called eARC coupled to the 48V network that varies the pressure in the air springs to reduce the bodyroll and Aston Martin promises that the roll is no bigger than at DB11.

A similar system has been used by Mercedes-Benz in the past, but with weaker dynamic results than the active stabilizer bars of the competitors mentioned above. With a 14.4: 1 steering ratio and the eARC system, DBX promises sporty car dynamics. It remains to be seen if it will be at the level of Urus.

With the air suspension, the standard 190 mm ground clearance can be raised by 45 mm or lowered by 50 mm to make access easier.
The all-wheel drive system distributes a maximum of 47% of the maximum torque to the front axle, and if necessary up to almost 100% of the torque can be transferred to the rear axle, the DBX also having a differential with limited locking at the rear axle.

With steel brake discs with 410 x 38 mm on the front and 390 x 32 mm on the back, DBX promises braking performance at the level of DBS Superleggera.

The driver can choose six driving modes, four for asphalt (GT, Sport and Sport +) and two for off-road (Terrain and Terrain +). The 4-liter twin-turbo V8 engine and 9-speed automatic transmission are taken over from Mercedes-Benz, which owns 5% of Aston Martin shares.

The DBX delivers 550 HP and 700 Nm and also comes with the AMG GT flap sound system. In GT mode, the engine runs quietly while on Sport and Sport + the sound becomes exciting.

The interior combines British luxury with the fine leather provided by its partner Bridge of Weir and Alcantara for the ceiling and panoramic sunroof area and the electronic architecture provided by Mercedes-Benz.

We recognize the controller from older Mercedes-Benz models on the center console, but also the design idea from the AMG GT with the only physical buttons placed in the form of two cylinder lines on the center console on either side of the controller. Also from Mercedes-Benz come the 12.3-inch display for instrument cluster, the 10.25-inch display for the multimedia system as well as the 360-degree camera and 64-color ambient light. 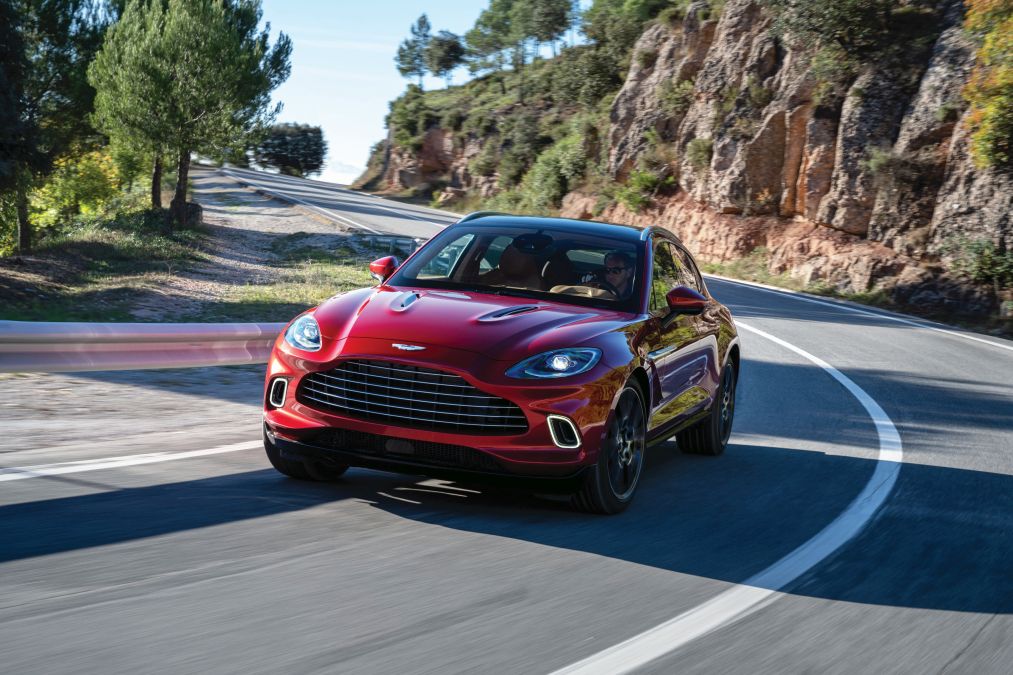 It is the most luxurious Rover range and comes exclusively in a five-seater configuration.
The supercharged V8 engine with mechanical compressor is not so new and consumes a lot while the dynamic performance is not spectacular.

With the top engine of 565 HP comes only in long version and with the super luxurious SV Autobiography equipment that includes 24-way adjustable electric seats with massage functions, 1700 W Meridian audio system, air suspension with Adaptive Dynamics, Touch Pro Duo multimedia system with 12.3 inch instrument cluster, head-up display and 4 climate zones.
The price is high but all these features belong to the standard equipment.
It is also the best prepared for off-road from this top.

The first Rolls-Royce SUV in history is like any other Rolls more expensive in its class, the most luxurious, the most exclusive and of course under the hood is the famous 6.75 V12 turbo
liter with 571 HP and 850 Nm in this case.

This Rolls is a class of itw own and this explains the price which is at least 100,000 euros above the rest of the models in this top. It is also the only one that still retains the V12 engine because after the facelift the Bentley Bentayga is not yet available with the W12, which is no longer offered in Europe.

Rolls_Royce Cullinan is the expression of absolute luxury. The feeling is that you are behind the wheel of a tank floating across the road. It’s not just a sensation because Cullinan weighs 2,735 kg. It has no driving modes like BMW but only the super comfortable Rolls-Royce mode. The V12 engine does not react brutally to accelerations but has a linearity typical of a high speed train and the sound insulation is exceptional.

Cullinan offers the comfort facilities known as Phantom. The rear suicide doors  and the lack of the central pillar ensures perfect back access. And the passengers can close the doors by pressing a button placed on the rear pillar.  You can fold electrically rear seats from the buttons from the trunk or from two buttons placed on both rear doors
back.
Of course,  the operation of the tables and the two monitors of the multimedia system from the rear is done also electric from a dedicated button for each. 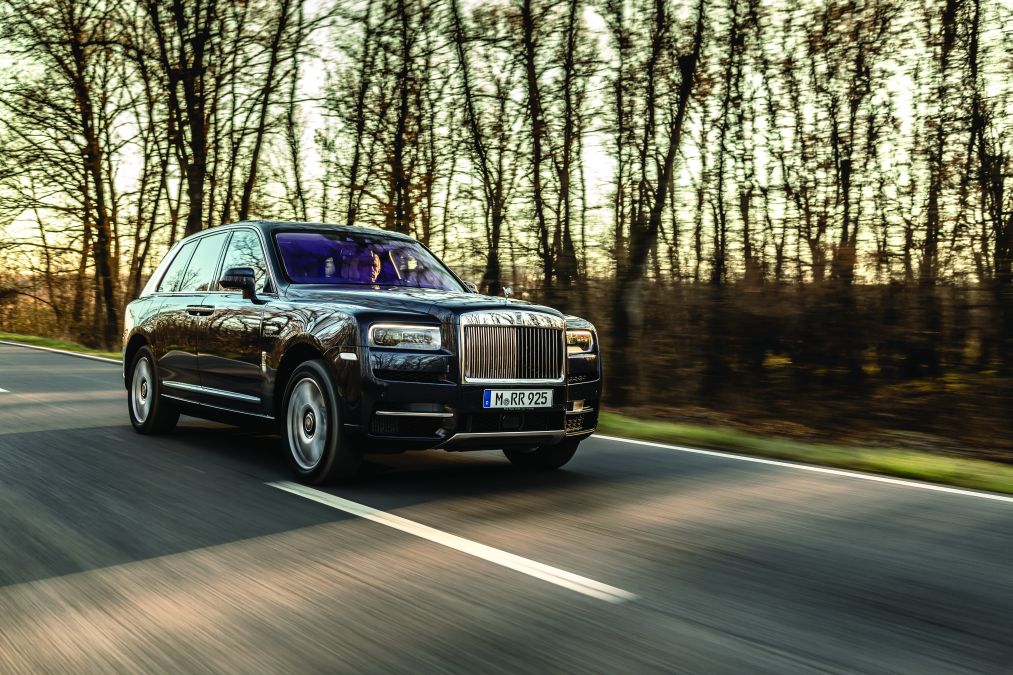