TOP 10: Ten best cars ever made by Mercedes AMG

History never lies. The Mercedes AMG love story goes far more back than most of us can recall with treasures such as the 1971 6.8 SEL “Red Giant” among the children of this wonderful ‘marriage’. Time to recall the TEN BEST cars ever made by Mercedes and AMG.

Let’s start with the aforementioned “Red Giant” itself. By now you’re probably wondering how did it get its exotic nick-name. Simple. Too big and too dignified to be converted into a fully fledged race car, the 6.8 SEL (the period’s S-Class, that is) was considered unappropriate for endurance championships.

But Mercedes and AMG proved everyone wrong and took a surprising class victory and second place in the overall classification at the 24-hour race at Spa, Belgium, on 24 July 1971. The winning car was developed by the then virtually unknown AMG, founded in 1967 by Hans Werner Aufrecht and Erhard Melcher, Großaspach.

The modified vehicle was based on the Mercedes-Benz 300 SEL 6.3 which, with an output of 250 hp (184 kW), was absolutely unrivalled in its day. But Aufrecht and Melcher made the fastest German series-production car of the period even more powerful: engine capacity grew from 6330 cc to 6835 cc, and the output of the improved V8 engine increased to 428 hp (315 kW). 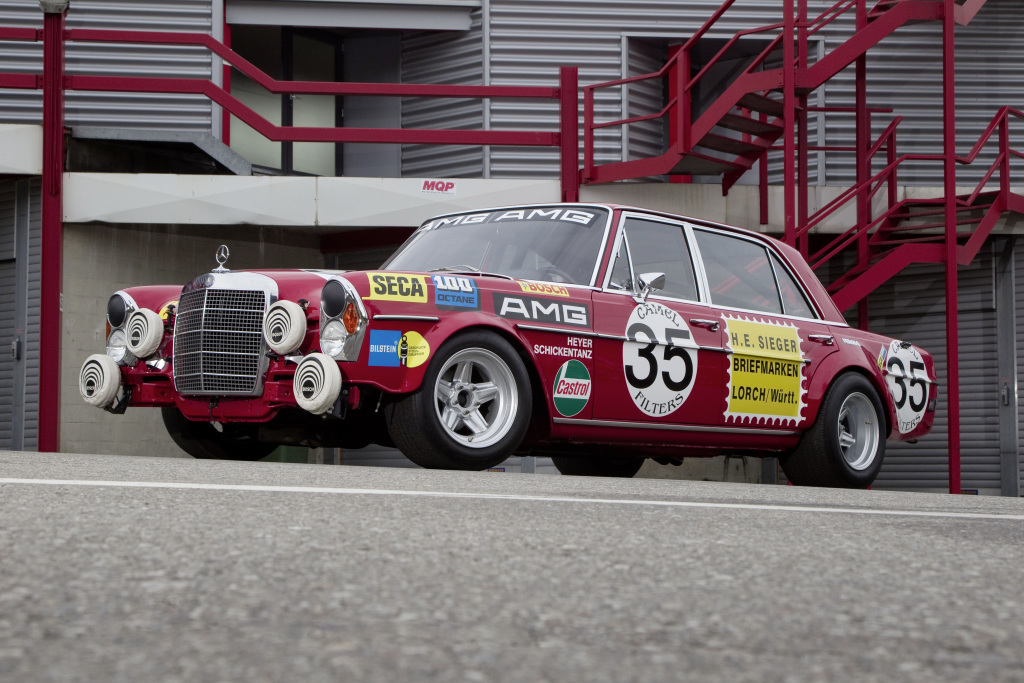