Too smart for our times? The new E-Class still waiting for certifications in the US

Elena Luchian, June 20, 2016
1.96K 0
Home Mercedes Benz E-Class Too smart for our times? The new E-Class still waiting for certifications in the US

The Americans’ patience is being put to the test. A certification slowdown forces the Mercedes-Benz dealers to wait longer than expected to sell the all-new 2017 E-Class sedan. Set to go on sale in June, the new limousines are still waiting for regulatory approvals, as shown in a report by Autonews.com.

The new Mercedes-Benz USA CEO Dietmar Exler is though promising the American customers that it won’t take long.  “We’re pushing and working very hard with the authorities to get certification. The cars are on U.S. soil”, Exler said at a press event. “We hope we get certification quickly. The process is a little bit more difficult to predict than it was in the past. But feedback is good, and, hopefully, it will go fast.” 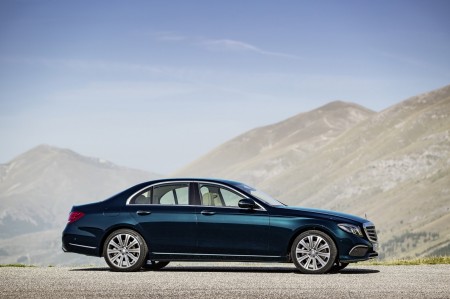 The MBUSA CEO hopes that the most intelligent business limousine will get the necessary approvals in a couple of weeks and customers will be able to get their hands on the cars by the end of July.

It has not been mentioned though if the certifications are to come from EPA, the Californian Air Resources Board or both of the authorized bodies. The parent company, Daimler AG, is handling the certification procedure. Until the new E hits the road, un undisclosed number of vehicles are stored at the vehicle preparation centers in Brunsweick, Georgia, Baltimore, Maryland, and Long Beach, California.

In March, the Daimler Chairman Dieter Zetsche was blaming the Dieselgate that involved Volkswagen for the delay in the certification process and the launch of the new models, but also for a credibility issue between regulators and carmakers.