Tons of new images of the Mercedes-Benz GLC

No matter how much you loved the rough looks of the old GLK, it’s impossible to hate the new GLC – it simply is such a beautiful car that even if you were to say something bad about it, you’d just sound like a hater.

But don’t take our word for it and go check out the extended gallery featuring nearly 90 shots of the elegant medium-sized premium SUV. No point in going over all the details which you can find in our previous article here, but we will run down some of the highlights for you.

First of all, the new GLC is larger, roomier but also lighter and more fuel efficient than the GLK. It’s built on a mix of aluminium and high to ultra-high tense steel body and frame which makes the new car up to 80 kg lighter.

The fuel efficiency (up to 19 percent more so than the equivalent GLK) part is achieved not only thanks to the fuel weight reduction, but also new drive systems and the obviously improved aerodynamics. The end result is a fuel consumption of just 5 l/100 km for the two diesel models, the GLC 220 d 4MATIC and GLC 250 d 4MATIC, which correspond to CO2 emissions of just 129 g/km. 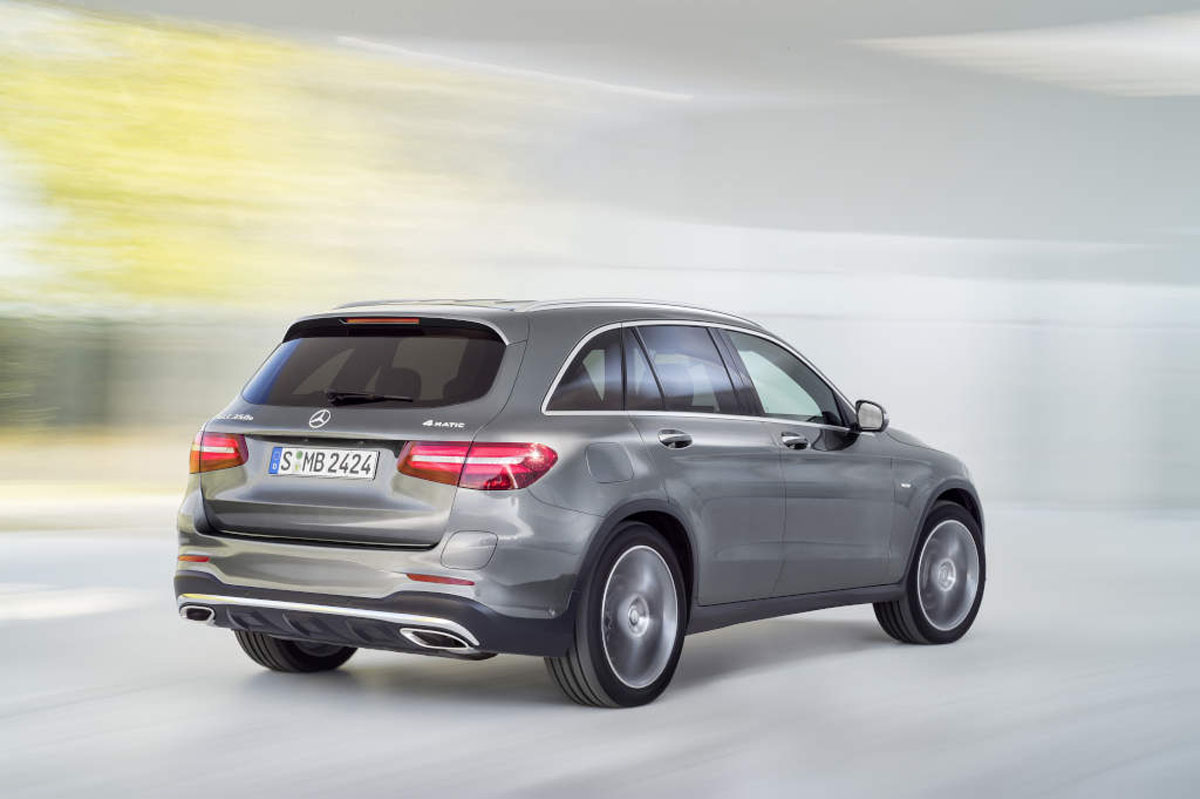 Later on there will also be a plug-in hybrid version called the GLC 350 e 4MATIC able to cover 34 km in all-electric mode, while developing a total maximum power of 320 hp. The hybrid will not only be frugal, it will also pack quite a punch: the quoted top speed is 235 km/h while the 0-100 km/h sprint will only take 5.9 seconds, thanks to a boost option from the electric powertrain.