Time to celebrate. 25 years of Mercedes-Benz E-Class in the 210 model series

It was 1995 when Mercedes-Benz revealed the 210 model series. The new E-Class generation was the first E with the twin-headlamp front end.

Mercedes-Benz sold more than 200,000 units per year, figures that positioned the model as he best-selling car in the luxury segment worldwide. The journey began a quarter of a century ago. The story started with a “Red dot” design award for the E-Class with dual-headlamp layout, a style previewed by a study back in 2003.

Three equipment lines were then available: Classic, Elegance and Avantgarde. The entry-level variant came with the electronic traction system (ETS), the seat belt force limiter, while the side airbags, a premiere in the segment, rain sensors and xenon headlights were available as options. 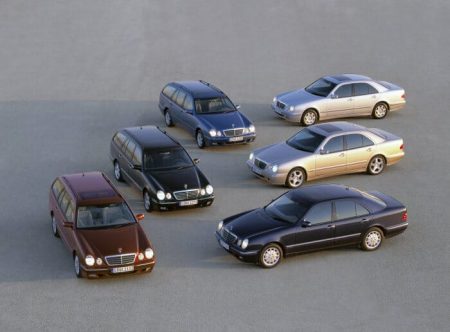 The estate model, described by Mercedes as a “real spatial miracle”, came in 1995, at the Geneva Motor Show. 1,975 liters of cargo space was the offer with the rear seats backrest folded. 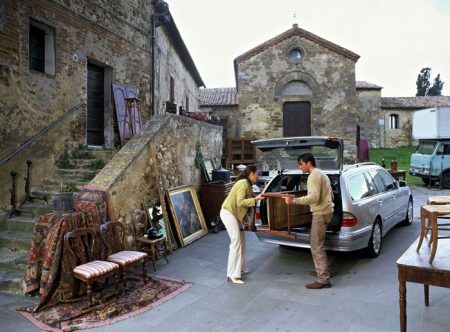 Fans expected the coupe and the cabriolet, but they never came. Instead, the CLK carried over their roles.

In June 1999, the facelift brought subtle redesign and extended standard equipment. Therefore the Electronic Stability Control program was on the list. The long-wheelbase variant, 737 longer and with additional reinforcements, was to become an ambulance vehicle. Meanwhile, armored variants were also available. The E 320 and the E 420/E 430 came for extra charge with protection class B4. The E 420/E 430 could also be ordered with protection class B6. 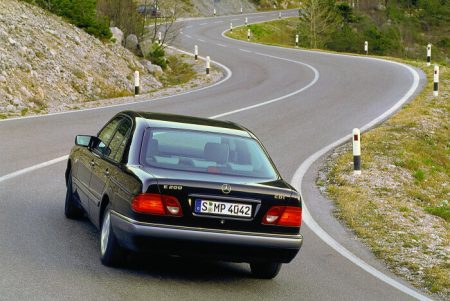