In 1989, the Mercedes SL of the R 129 series celebrated its world premiere. Even today, after almost three decades, the fourth SL generation since the legendary Gullwing still excites.

The R 129 series sports car was initially be available in the 300 SL, 300 SL-24 and 500 SL guises – the range was expanded by several models in the following years – right up to the exclusive SL 73 AMG in 1999. This sports car generation stands for two changes in the SL tradition: for the first time a SL is not built in Sindelfingen, but in the Bremen plant. In addition, the Mercedes-Benz nomenclature will be reformed during the construction of the R 129. In the summer of 1993, for example, the Stuttgart-based brand will adapt the model names of the open sports cars to the current nomenclature, which will initially be introduced in the C-Class: in the future, the legendary abbreviation “SL” will be in front of the three-digit number that refers to the displacement. Thus, the 300 SL of the 129 series for the time being the last Mercedes-Benz sports car, this legendary type designation carries. 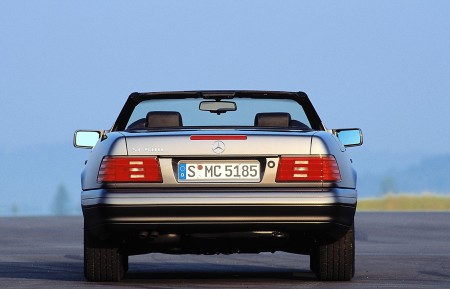 Harmony characterizes the introduction of modern design elements: Although the design is without the ever chrome-framed SL radiator grille, with its fluidly drawn wedge shape, the R 129 is still clearly in the tradition of its predecessors. The elegant design is supported by the concept of the roll bar which automatically extends only in an emergency: Normally, the protective support is not visible in the silhouette of the open car. In the event of an impending rollover, a sensor electromagnetically triggers the lock on the bracket and the support pops up in just 0.3 seconds. Hydraulically, the bracket can also be installed at the request of the driver. The automatic roll bar of the R 129 is in this form an international premiere in the automotive industry. 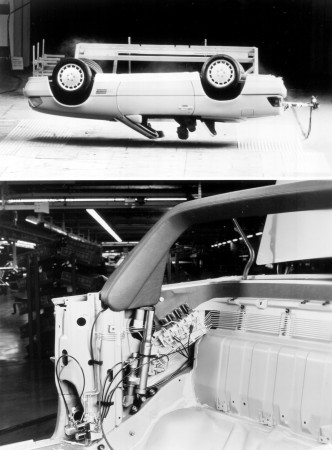 The pillars of the windshield, made of high-strength steel, the so-called A-pillars, the two-shell front roof frame and the windshield glued to the body contribute to a very high safety standard, which is at the level of Mercedes-Benz saloons and coupes. The high dimensional stability of the passenger compartment reached the engineers in the open sports car by a particularly rigid floor system with high-strength sheets and large beam cross-sections as well as rigid transitions of A-pillars and rear side panels to the side rails. Thanks to a special bead design on the inside, the doors also act as a pressure-tight connection between the front wall and center column. The engineers also develop the stem concept known from the limousines for the SL body in order to ensure maximum safety in the event of an offset frontal collision.

High demands on safety and comfort

Developers attach as much importance to passenger comfort as to safety. At the interface between these two goals are the newly developed integral seats: They offer good ergonomics for relaxed travel on long journeys. Because of their load-bearing structure with high lateral stiffness, they also provide increased protection in the event of a side impact. The load-bearing seat frame consists of five die-cast magnesium parts and accommodates the belt system with belt tensioner, the belt height adjustment with coupled head restraint adjustment as well as the full-tilt adjustment technology. 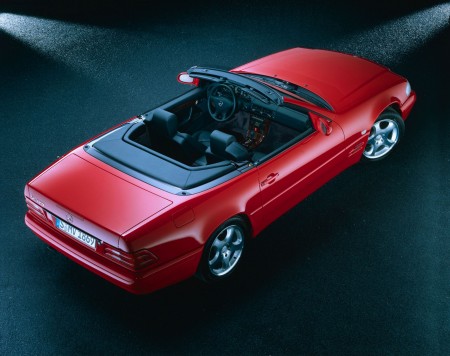 The newly designed electro-hydraulic soft top: at the press of a button, it opens or closes within 30 seconds. When the hood is open, another innovation comes into play: the so-called wind deflector is an air-permeable grille that can be attached to the roll bar in a few simple steps and reduces wind noise and drafts to a minimum. As standard, the new SL models have electric windows and electropneumatic central locking, while the electric steering column adjustment is initially reserved for the 500 SL.

A roadster with torsional rigidity on sedan level
The ride comfort of the Roadster improves thanks to the installation of additional diagonal struts and other reinforcements, which optimize the vibration and torsional behavior typical of open vehicles. The torsional stiffness of the new Roadster is compared to the previous model improved by 30 percent and is on the level of a sedan. 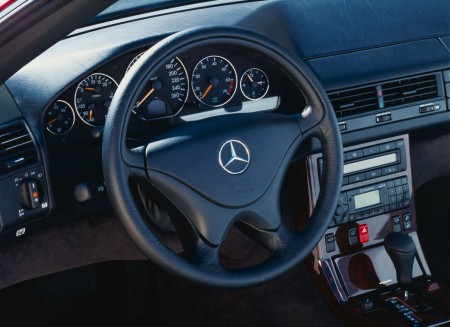 The chassis with shock absorber front axle and multi-link rear axle basically corresponds to the designs in the compact class W 201 and the upper middle class of the W 124 series. Numerous components are specially adapted to the Roadster – as well as the axle geometry. Upon request, a newly developed additional system was available, which marks the current state of suspension technology. The three subsystems include front and rear axle level adjustment and regulation, automatic speed-sensitive level adjustment, and Adaptive Damping System ADS. For the first time in a Mercedes-Benz passenger car, front fixed caliper disc brakes are used, which feature four pistons with pairs of different diameters. The anti-lock system ABS is included as standard. 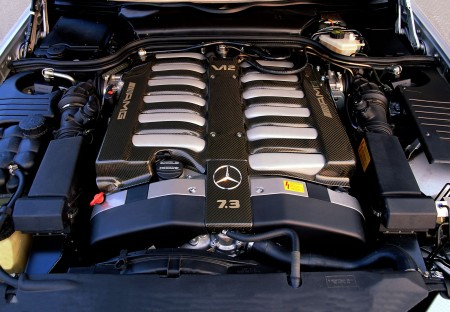 In 1995, Mercedes-Benz presented the visually and technically updated SL types at the IAA. The facelift brings new design accents, a richer standard equipment and further improved technology. Among other things, the headlamps with xenon gas discharge lamps, introduced a few months earlier in the E-Class 210 series, are now also available in the SL-Class. Mercedes-Benz is now also equipping the Roadster with a new cruise control as standard. SL 500 and SL 600 received in September 1995, a newly developed five-speed automatic transmission with torque converter lockup clutch. The Electronic Stability Program ESP® is available as an option in the facelifted SL 500, with the twelve-cylinder SL 600 model fitted as standard. The Brake Assist BAS, a world first for active safety, will be fitted as standard in all types of the 129 series from December 1996 onwards. 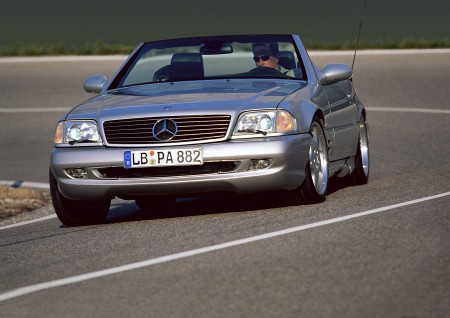 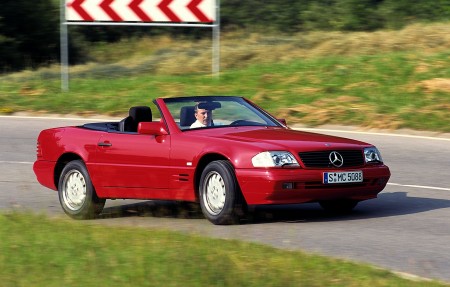