Michael Schumacher is turning 48 today. It has already been three years since the 7-time Formula 1 world champion has been bed-ridden after his horrific ski crash in December 2013. “He is not giving up”, says the German’s long-time manager, Sabine Kehm.

The Schumacher family is at war the day the Formula 1 legend turns 48 years old. A photo of the former driver in bed was out for sale for 1.2 million euros. The devastated family has been trying to block its publishing, yet the authorities are powerless. The pictures were secretly taken at his bedside by a mysterious visitor, thought to be a family friend. The prosecutors are investigating, but there is no law that would bring the snapper at court, even though they violate the star’s personal life, describing them as a “gross breach of privacy”.

In June 2014, Schumacher’s medical records were stolen and put up for sale. Eventually, the suspected thief hang himself in prison.

Fans have been waiting for updates on the retired driver’s health, but all that has been officially released so far does not satisfy their thirst for information. “Michael Schumacher is not a public issue, so we will continue to make no comment in that regard”, said manager Sabine Kehm. 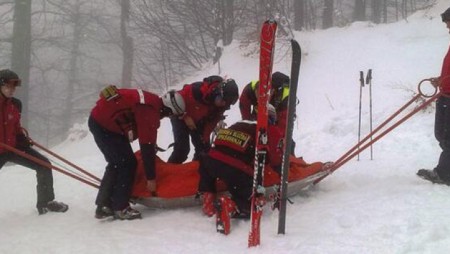 It is thought that Michael Schumacher is bedridden at his home in Geneva, Switzerland, unable to stand and rarely having moments when he recognizes his family. “He cannot walk, he is unable to stand even with the assistance of therapists”, said the family’s lawyer, Felix Damm.

His daily care costs 300 000 Euros per month. Wife Corinna has already sold various properties of the driver, including his private jet.

Michael Schumacher has suffered a terrible accident on the 29th of December 2013, while he was holidaying with his family in the French Alps, in Meribel. He was airlifted to hospital, underwent two brain surgeries, kept in an induced coma for three months, transferred from Grenoble to Lausanne and was discharged from the hospital in a very poor health condition, in September 2014.