This used to be a G-Class once. Not anymore! This is the Ares X-Raid

This used to be a Mercedes-AMG G63. You don’t believe it, don’t you? We completely understand. With the sharp edges rounded up, with new headlights, bumpers, fenders and everything, all made up of carbon fiber, saving as much as 200 kilograms on the model. And now it’s called the Ares X-Raid.

Military vehicle it has been, military it has remained, with further enhancements of the army features. The G-Class in disguise boasts outstanding performance. The 5.5-liter twin-turbo V8 is unrecognizable as well, as it now produces no less than 760 horsepower. 250 km/h is the top speed of the “soldier” that now resembles the GLE more than the boxy G. This is also available for the interior, that gets VIP seats in a two-tone leather combo. 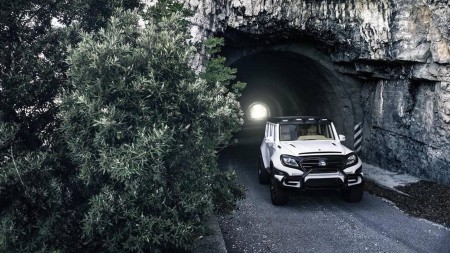 The soon-to-be-retired G63 wrapped in the unrecognizable mask will be produced in limited numbers, but Ares is still to decide how high the figures shall go. Autocar reports that the vehicle will probably hit a price of almost $1,000,000. 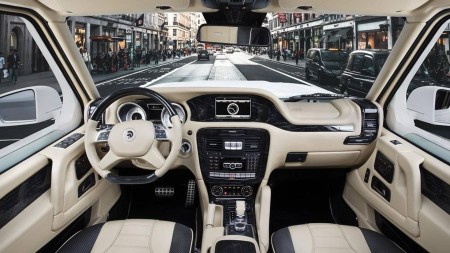