This Is What Brabus Did to the Mercedes-Maybach GLS

Elena Luchian, April 29, 2022
2.05K 0
Home Mercedes Benz GLS-Class This Is What Brabus Did to the Mercedes-Maybach GLS

Every time a Mercedes drives through the Brabus shop gates, it’s next to impossible to guess what it used to be before that experience. It happened to the Mercedes-Maybach GLS 600 4MATIC as well. That’s why it now bears the Brabus 900 designation. We’ll explain how it got there.

A year after Brabus worked its magic on the AMG GLS 63, turning it into the Brabus 800, the engineers there got their hands on the Maybach version. Now they now call it “the sophisticated rocket ship.” They put on a carbon-fiber body kit to make the model look fierce. It’s probably the blacked-out grille mainly that gives the feeling you’re having a predator right in front of your eyes. The predator also comes with fender flares. The rear end now sports a diffuser and larger exhaust pipes. All chrome has turned black on the Mercedes’ most expensive and powerful SUV. 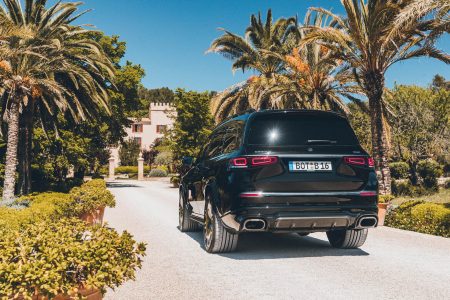 And it wouldn’t be Brabus if it stopped there right there. The 4.0-liter V8 has become a 4.5-liter V8. Enlarged pistons, increased bore and stroke, a modified system, new turbochargers and new software make the stock figures a far cry from what they are right now. The Brabus 900 comes with, as the name implies, 900 PS (888 HP). Torque is limited to 1,050 Nm (774 lb-ft). That is probably as far as the nine-speed automatic transmission can withstand. And those figures are the ones screaming “Eat your heart out, Bentayga!” 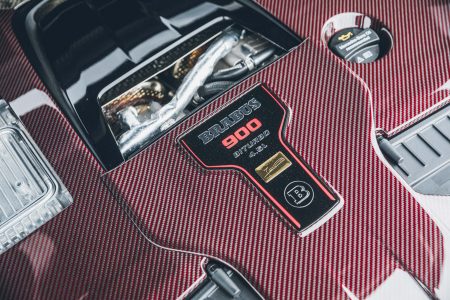 Pricing for the ultimate luxury SUV is available upon request. But you know what they say. If you have to ask it means that you can’t afford it.