Eaten by rust and dust and everything in between, this Mercedes-Benz 300SL Gullwing has not moved a single inch since 1984 and it won’t any time soon. Stored for 34 years and incapable of driving, the classic automobile still costs over $800,000.

This 1956 Mercedes-Benz 300SL Gullwing is a pitiful sight to watch. The red paint has been unlayered and not a single spot on the car shines as it used 62 years ago. The windows are jammed and there are cracks all over the body. 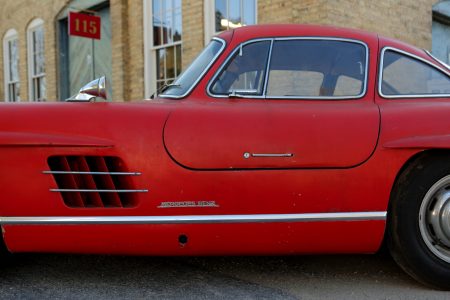 Collectors stagger. Is it really worth it? It is though one of the 1400 Gullwing units built between 1954 and 1957. With the chassis series 198.040-6500286), it used to belong to the foster father of the current owner, but eventually, the automobile was gifted to him 16 years later. He though chose to keep it as a bauble. It did not function well at that time either.

With less than 1,000 miles covered since 1977, the Mercedes-Benz 300SL Gullwing stood still for over three decades. The positive side of it is that the original parts are all in place. 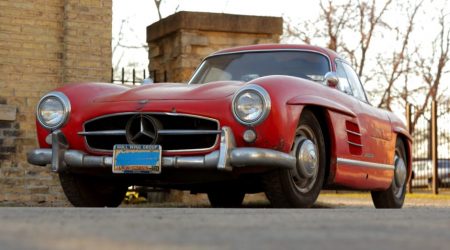 An inspection performed last year showed that the car featured a fuel system that needed to be drained and the coolant hoses needed to be replaced completely. Back then, the fuel pump was removed for cleaning and recalibration.

The odometer now shows 83,000, rolled by the original 3.0-liter inline-six power unit, that is mated to the also original four-speed manual gearbox. 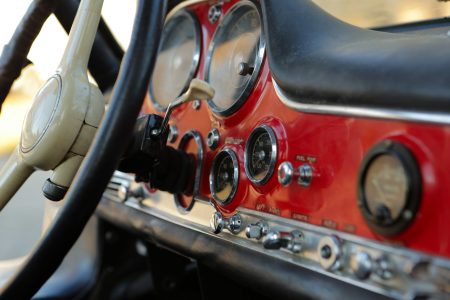 The interior is covered in black leather and the driver can enjoy retro songs on the Becker Mexico radio. Two cabin heaters, a tachometer and a non-glare rearview mirror equip the cabin.

The classy classic is accompanied by a Daimler-Benz data sheet, a report on its condition and a tool kit that has been deprived by some tools. The car also lacks the original rubber floor mats. But restoration experts might still find a treasure in it.