This is it! All-new 2021 Mercedes C-Class interior revealed with mega display

Sportier and lighter, the fifth generation of the Mercedes C-Class continues testing in prototype form, ahead of its 2021 debut and this time we get the first ever glimpse of the high-tech interior. FIRST-EVER images are here via auto-motor-und-sport.de.

The new Mercedes C-Class (W206) is expected on the market in early 2021 (with a presentation in late 2020), so the test work with the completely new generation is already in full swing. In a world-first, the cloth covering from the interior has come off and we can now reveal the revised dashboard which clearly marks a (new) digital revolution for Mercedes’ best-seller sedan.

What catches the attention is the incredibly large (!) central touchscreen. Slightly tilted and angled towards the driver, it is placed much lower than the current model’s display and mimics the layout used with great success by Tesla in recent years, though in a rather unique square format instead of the classic portrait arrangement preferred by the Americans.

The diagonal is still unknown, but judging by these spy pics, we’d say at least 15 to 16-inch is a strong possibility. The approximately A4-sized display shows, among other pictures of the vehicle environment, but also phone and audio features with favorites lists. 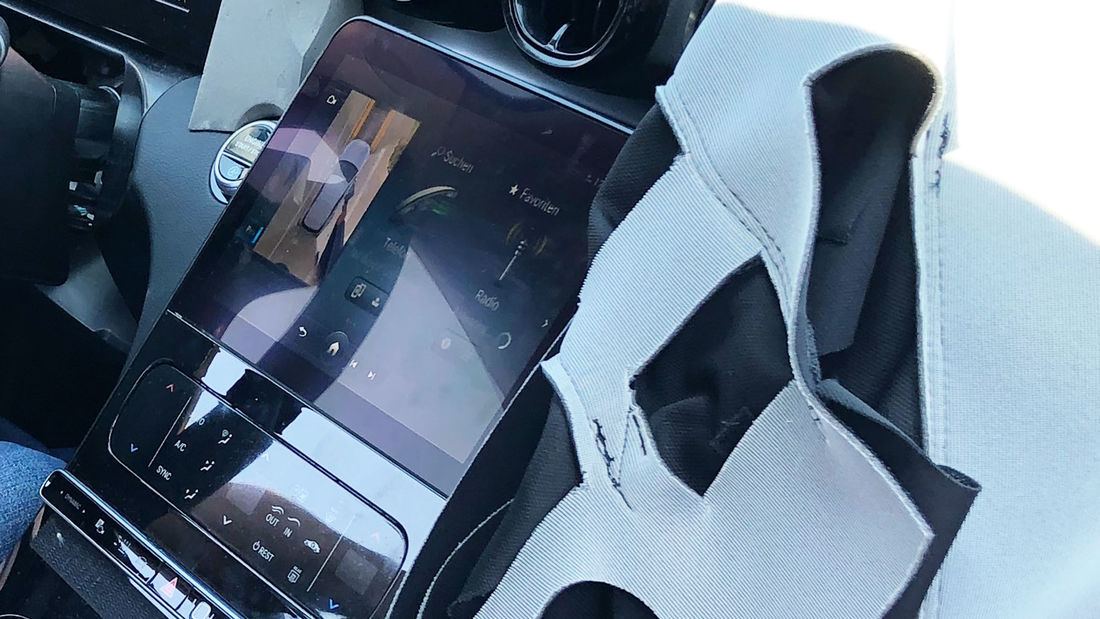 Above the screen classic round air vents are visible. A similar format we have already seen in the upcoming S-Class, though the luxury limo features rectangular vents instead.

Find out everything about every new Mercedes between 2019 and 2023

Below the display we see the controls for the climate control plus a full row of buttons with touch functions, controlling the driving modes, hazard lights, volume, on/off and so on. A closer look reveals that the display in the lower part seamlessly connects to a switch panel that allows the driver and front passenger to operate the climate functions.

A second display housing the digital instruments is still present behind the wheel and its diagonal is also expected to be more generous than that of today’s 12,3-inch. 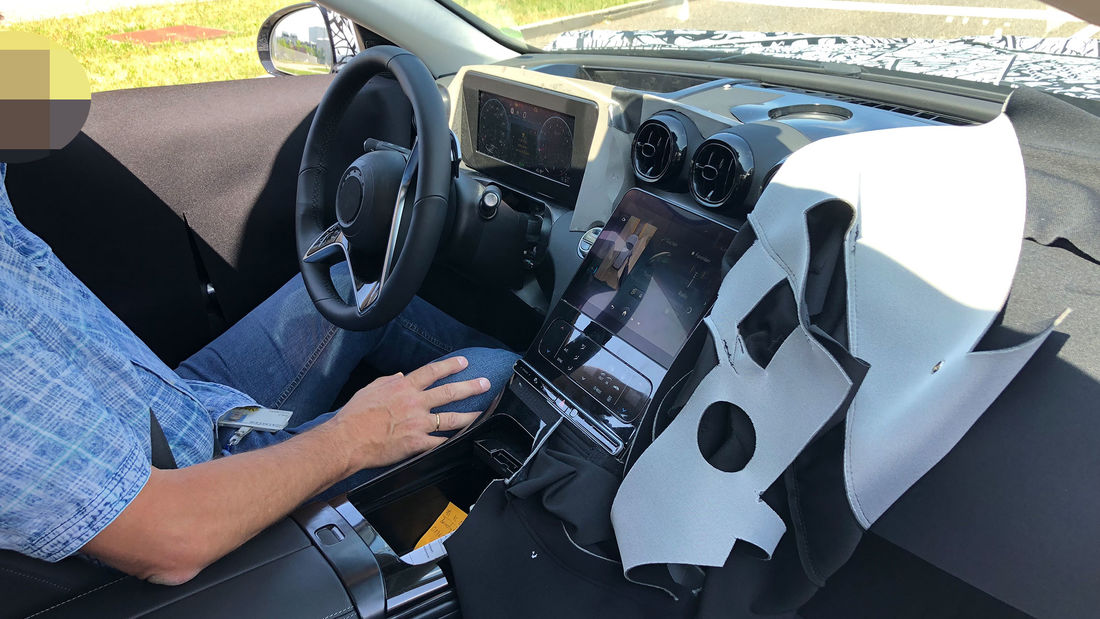