2017 Mercedes-AMG E 63 shows its face in realistic renders. Top E-Class is said to offer as much as 600 HP, courtesy of its new 4.0-litre twin-turbocharged V8.

Mercedes’ new hot sedan will be the first model set to inherit AMG’s state-of-the-art V8 in its highest tune, trumping both the C 63 and the AMG GT S in the process.

The same 600 HP version of Mercedes-AMG’s 4.0-litre V8 engine is destined to make an appearance under the bonnet of the upcoming hardcore Mercedes-AMG GT3, the sportiest car adorning the current AMG portofolio. Until the hotter Mercedes-AMG GT Black Series will see the daylight sometime in 2017, that is.

The worst kept secret, though, seems to be the new model’s design. Closer than you’d think to the real deal, new X-Tomi Design digital render shows C 63 AMG shared styling cues, wide, gaping lower air-intake included. In fact, the only details that seems to differentiate the upcoming E 63 from its smaller sibling are its tauter, slightly sportier proportions and different headlights. 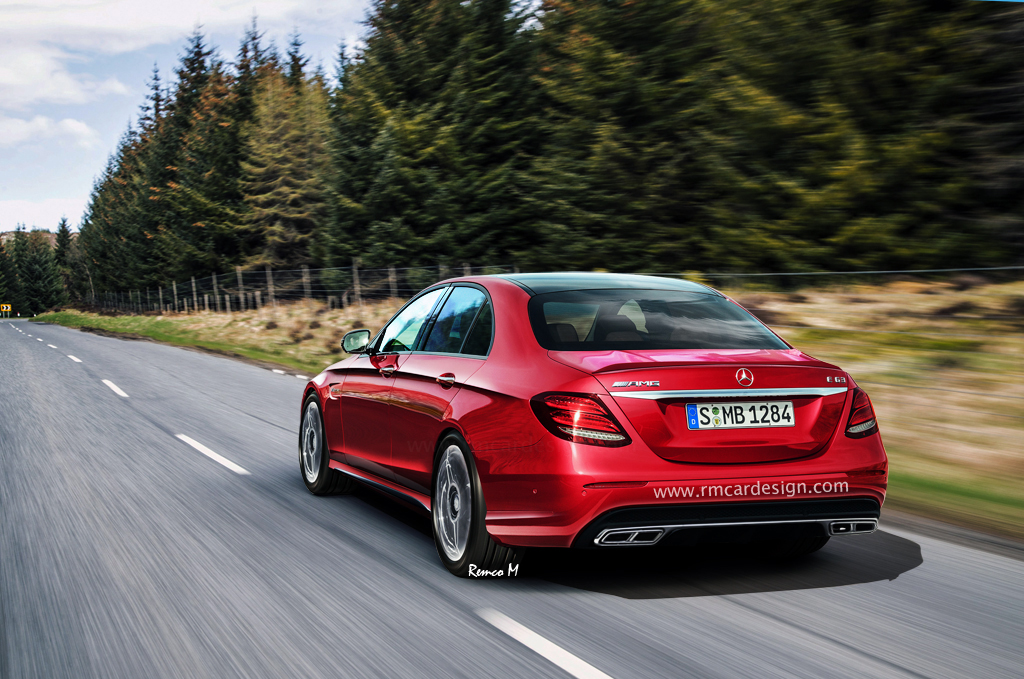 Alongside the new hot AMG E-Class Mercedes fans will welcome the debut of a raft of sci-fi gadgetry such as the Multibeam LED lights, Remote Parking Pilot, Intelligent Drive next Level, Pre-Safe Impulse Side, Car-to-X communication system and more.

The all-new Mercedes-AMG E63 is expected to go on sale sometimes this year with the regular E-Class set to reach Mercedes showrooms this summer, following its Detroit motor show premiere next week.

FIND EVERYTHING ABOUT THE NEW E-CLASS HERE