This is it! 2016 Mercedes SLC revealed without any disguise

2016 Mercedes SLC has been revealed in full by German magazine Auto Motor und Sport. The facelifted roadster, formerly known as the SLK, has been spied completely undisguised, ahead of its early 2016 debut.

This hardly comes as a surprise, since Mercedes is said to publish the first pictures and information about the Mercedes SLC as early as this Wednesday. The current generation SLK has been present in Mercedes’ portofolio since 2011, which means the Swabian roadster is also the oldest model in the range.

The facelift of the R172 roadster puts an end to the series designation Mercedes SLK, a move which brings the sporty two-seater in line with the new Mercedes naming scheme. The letter C indicates the closest model in the conventional Benz range, C-Class in this case. 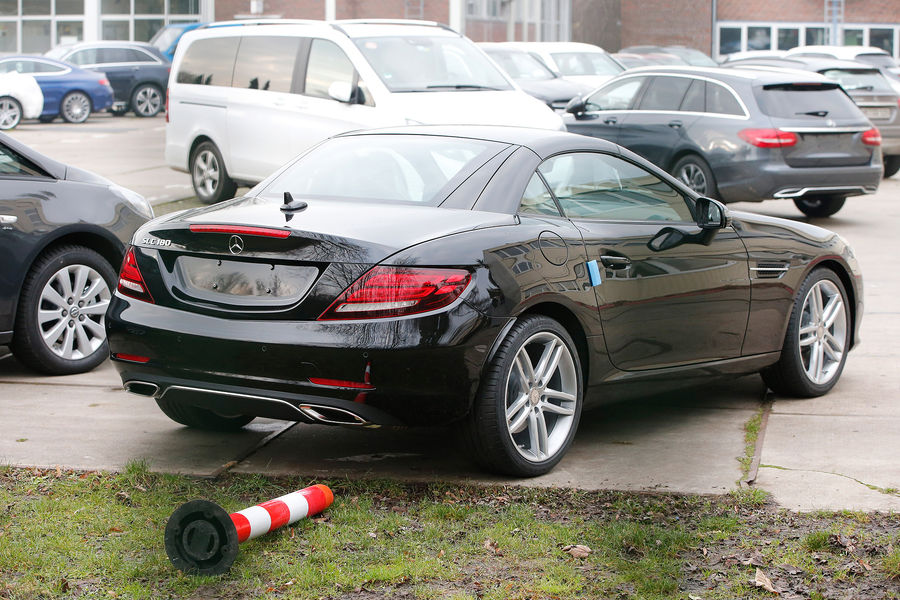 The new Mercedes SLC receives an optical revision in the shape of newly shaped aprons at the front and rear. The headlights also get the new look of the brand design language, as are the redesigned taillights. Wheels with new design and revised side skirts will keep the SLC fresh until 2020th.

Heading to the interior, the new Mercedes SLC will feature little changes compared to the previous SLK. Here, the SLC will inherit some interior elements from the Mercedes-AMG GT. These include the new infotainment display for the Command system, a wider center console and a slightly modified cockpit. As before, the driver looks at circular instruments housed in deep tubes.

Already since April 2015 the Mercedes SLK has been offered with the nine-speed automatic (9G Tronic) in the SLK 250 d. The facelift will bring a new version, the SLK 300 replacing the SLK 250 and rated at 245 hp. Even the base model, the SLK 200 is expected to get a new six-speed manual, a new feature for the SLC. Besides consumption optimizations and the slight power gains, the range of engines in the new Mercedes SLC remains mostly familiar. 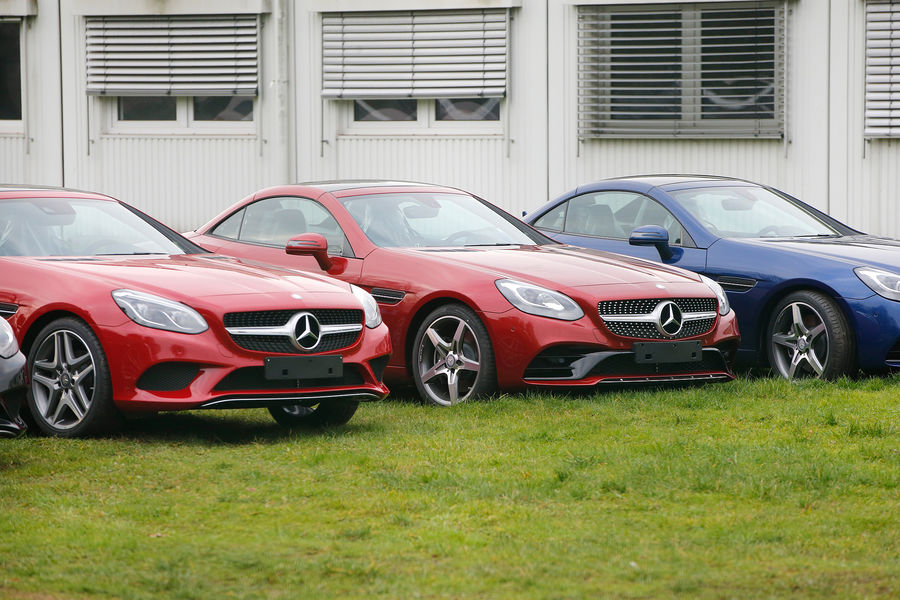 This cannot be said about the AMG version of the SLC, as well. The SLK 55 with its old-school V8 will be retired. Instead, the Swabians will launch a 450 AMG Sport model with the new 367-hp three-liter V6 biturbo.

The premiere of the Mercedes SLC will be celebrated at the Detroit Motor Show in January. The fourth generation of the Mercedes roadster (R173) will come to market in 2020.