Things you didn’t know about Brabus, the synonym of power

Brabus equals power. And lots of it. Founded in 1977 in Bottrop, Germay, the high-performance tuning company is specialized in Mercedes, smart and Maybach. It is the world’s largest tuning house for the 3-pointed star premium company. They break records of speed and scare the hell out of hypercar makers. But what is their secret? GTSpirit pulls the curtain down.

What happened to the Brabus G-Class 6×6?

Immensely popular, outrageously gigantic and shockingly expensive. This was the Brabus Mercedes G-Class 6×6, going under the name of Brabus G 700. 12 of them were all sold in Malaysia. Why is Brabus not working on it anymore? Magna Steyr is not producing the 6-wheel giant anymore from reasons of space. Simple as that.

They got the G 65 AMG instead to work on. A project on such a car usually took six months to complete a full makeover of the boxy monster. The sophisticated Brabus interior, the software applications, the quilted leather wrapping the seats all included. One seat could even take as long as 2 days and a half.

On the other hand, conversions of the new E-Class, with all the assistance systems and high-tech can eat up months.

Why are all cars equipped with Brabus logos except for the car’s steering wheel?

Have you noticed that? Everywhere on the car, the iconic 3-pointed star of Mercedes gets replaced by the company’s capital ‘’B’’. But that one on the steering wheel keeps its ground. Safety regulations prohibit the conversion of the cars’ steering wheel, as that would compromise the driver’s safety. Since Brabus does not own its own airbag developing procedure, the company cannot assume responsibility for any possible malfunction. 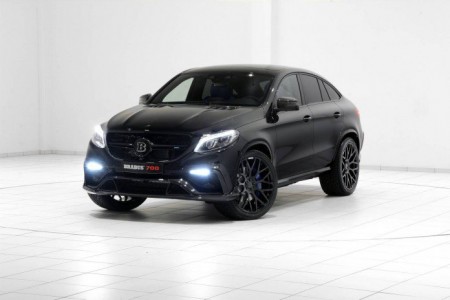 Brabus is already dealing with space issues. The super popular Brabus smart needs to be stored in tents on the factory’s parking area. The company’s personnel is working overtime to keep up with the high-demand.

What makes Brabus the largest tuning brand in the world?

6,500 cars per year and 450 people employed at the Germany-based headquarters of the company are the figures that make it the world’s largest tuning brand. The high quality, the 3-year warranty with every conversaiton and the in-house expertise sustained by the company’s own team of engineers has made the world of tuning spin around the capital ‘B’.

Brabus own their own ‘noise testing track’, officially certified by government institutions. In fact, it’s the only one in the area and many other companies occasionally use it. 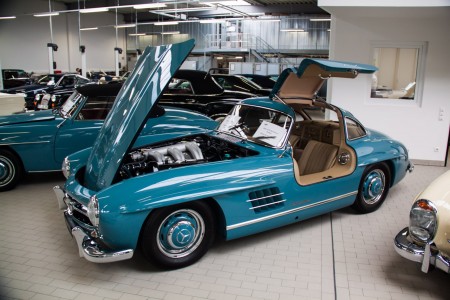 They even have their own classic center, especially designed to restore the beauty of the past on classic automobiles and make them more expensive then they originally were.

They have come so far and so high that refusals happen on a daily basis. Customers going overboard with demands are told to try somewhere else, as they don’t want to compromise on quality and safety.

Did you know about Brabus’ comprehensive in-house testing facility? How about their classic center restoring decades-old cars? For further interesting stories, head over to GTSpirit.com.