Elena Luchian, March 1, 2017
1.39K 0
Home Lifestyle Thief drives away with Mercedes after receiving the car keys from the valet

“The most expensive car in the parking lot is mine. Give me the keys so I can drive away.” This must have been the line used by a thief before the valet of the Westfield Doncaster shopping Center in Victoria, Australia, handed him the keys of a Mercedes-AMG.

The alleged thief got behind the wheel and sped off, without showing any intention to pay for the parking. The police has been watching the videos recorded by the surveillance cameras and has released a photo of a man who might have more information about the theft, not mentioning though if he is a suspect in the case.

The car in question is a Mercedes C63 AMG, bought by the owner as a second hand vehicle, estimated when new at approximately 120,000 dollars.

“Valet parking was progressively introduced at Westfield centres from 2004 and this is the first time it has happened,’ a spokesperson for the shopping centre told the media soon after the incident that happened on February 17th. The 28-year old owner of the AMG has become a pedestrian since and blames the simpleton hired by the car park for his loss. 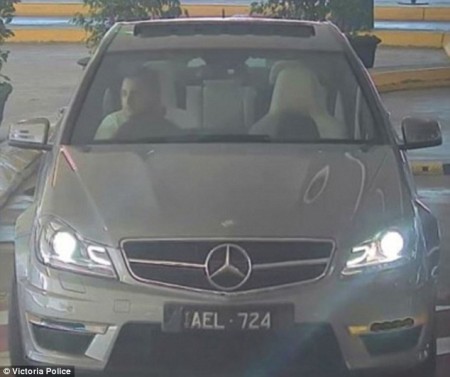