BMW has entered on the new territory with the new BMW X7 and met the third Mercedes GLS generation in the upper luxury SUV segment. First static comparison between Mercedes GLS vs BMW X7.

In 2005, Mercedes was the only german luxury carmaker which tried to attack the segment above the full size SUVs like the Mercedes ML (now GLE), Audi Q7, BMW X5 and Audi Q7.
The first Mercedes GL, launched in 2005 offered space for seven passengers and more luxury options than in the Mercedes ML.
In 2012 came the second generation and the name was change from Mercedes GL to Mercedes GLS with the occasion of the 2015 facelift according to the new name policy at Mercedes.
On the other side, BMW has tried two generations ago to develop a longer wheelbase X5 but they gave up and the prototype was never entered in production. 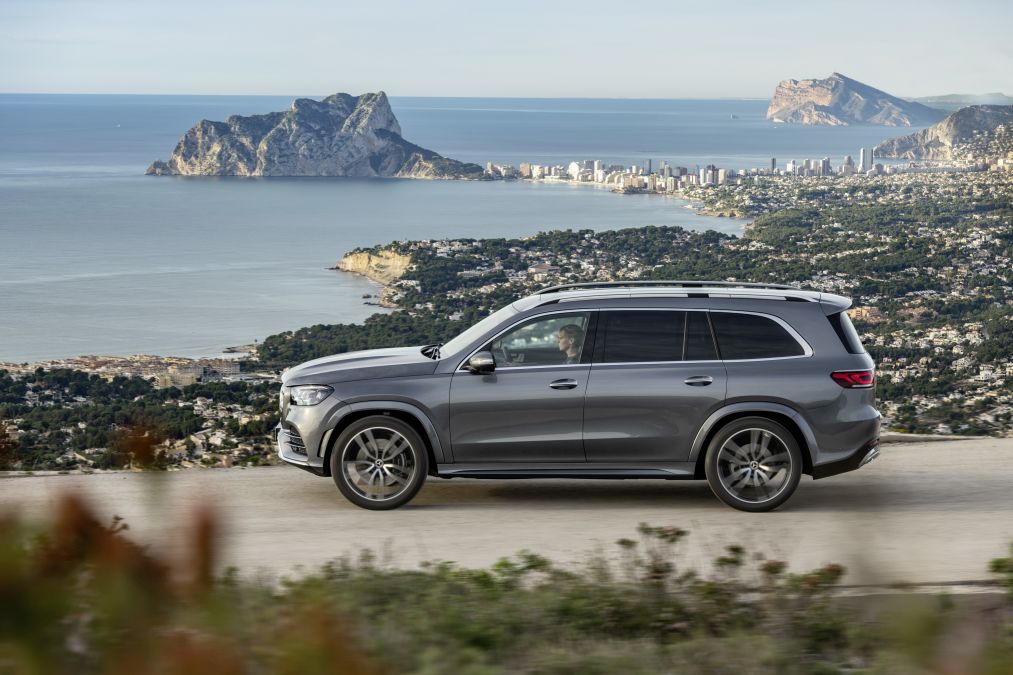 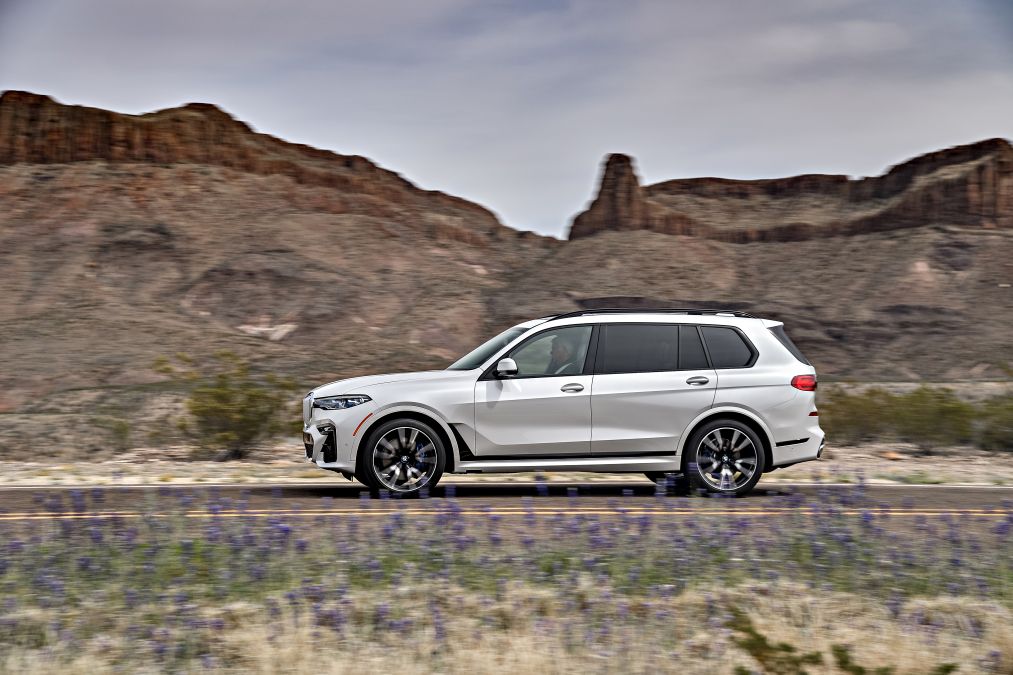 But now, BMW think is the time for a bigger X5 and they name it very logic X7. And now the giant Mercedes has a direct rival. We try to make some static appreciations.

BMW says the X7 represent a new dimension of luxury but the Mercedes GLS is the biggest. And is really big. With 5.20 meters in length, Mercedes GLS is 5 cm longer than the X7, while the wheelbase of 3.135 metres is 3 cm longer. The GLS measures 1.84 meters in height, four centimeters more than the X7.

There is a big difference regarding loading volume. With all seven seats folded, Mercedes GLS offers 2,400 liters compared with only 2,120 liters for BMW X7. 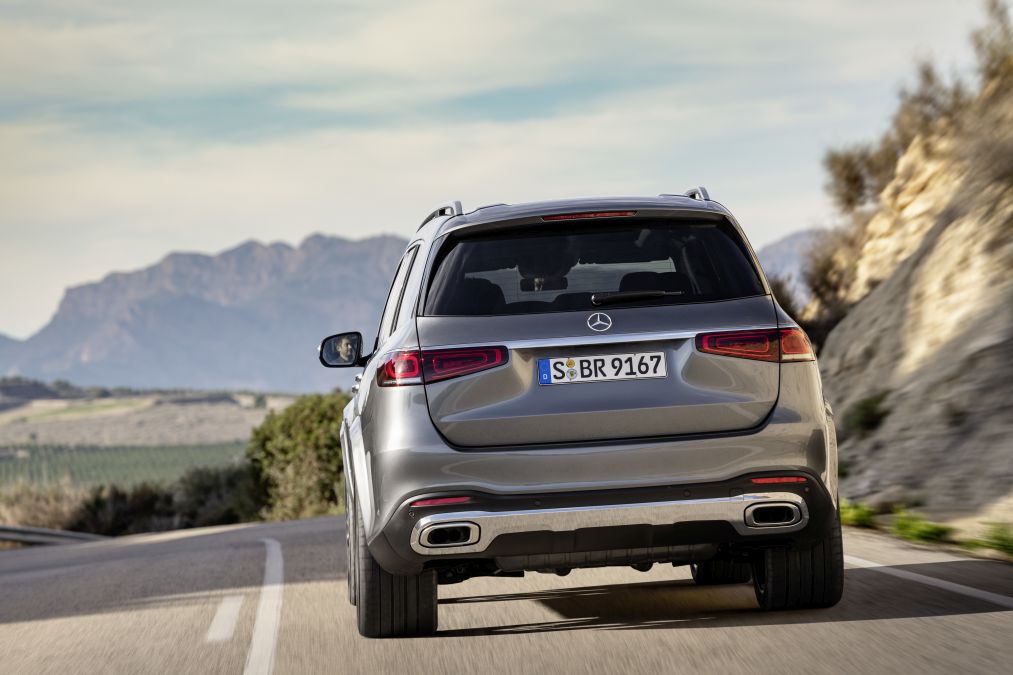 Mercedes GLS has a top V8 bi-turbo petrol engine all over the world. The bi-turbo V8 delivers 489 HP and 700 Nm in the Mercedes GLS 580 4Matic. The 3 liter V6 bi-turbo works under the bonnet of the Mercedes GLS 450 4Matic with 367 HP and 500 Nm. Both petrol engines use the 48V network and a mild hybrid system with an additional electric engine with 22 HP and 250 Nm which support the petrol engine.
Mercedes moved also from V6 to 6 inline in the diesel field and both new 3 liter 6 inline diesels fulfill the Euro 6d norm. The GLS 350 d 4Matic has 286 HP and 600 Nm while the GLS 400 d 4matic delivers 330 HP and 700 Nm. All engines are coupled with the 9 speed automatic gearbox, four wheel drive and adaptive Airmatic suspension as standard.

Equipment from the luxury sedans

Both SUVs are positioned at the level of BMW 7 Serie/Mercedes S-Class in therms of luxury and equipments. Mercedes claim in the press kit that the new Mercedes GLS is the S-Class of SUVs and provide for the XXL SUVs many luxury features including some specialities dedicated to the seven seats configuration. In the same time, BMW shares many technologies from the 7 Serie.

BMW X7 come standard with seven seats and the same six seats luxury configuration is optional everywhere. Both cars come with all seven seats electrically adjustable as standard. The seats in the third row are full size seats and are suitable for people up to 1.94 meter in Mercedes GLS and 1.88 meter in BMW X7.

In Mercedes GLS, the Easy-Entry function allows to get easier in the individual seats in the third row. For this, the second row move a long way forwards and fold forwards. The switches on the left and right of the load compartment and on the front of the wheel arches on the front-passenger side in the C-pillar area allow the seats in the rear rows to be folded completely flat. It is also possible to fold down all the seats simultaneously by pressing the “ALL” button. In this case, you can use the all 2,400 liters boot space in the GLS.

BMW X7 run on the 20 inch wheels standard, while 21 and 22 inch light alloy wheels are available as an option.

Mercedes GLS is available standard with Multibeam LED headlamps which include 112 LEDs per headlamp. BMW X7 comes with only LED headlights as standard, while the BMW Laserlight with Adaptive LED headlights cand be specified as an option.

A new feature exclusively in Mercedes GLS is the carwash function. The suspension moves into the highest position, the exterior mirrors are fold down, the side windows and the sliding sunroof are closed, the rain sensor is blocked, the climate control switches to air recirculation and the 360 grade camera is activated to assist the drive when driving into the carwash.

As we said, the adaptive air suspension is standard on both cars. In BMW X7 you can order Integral Active Steering and Executive Drive Pro with active roll stabilisation. M Sport differential is standard on BMW X7 M50d and optional on the X7 xDrive 50i.

Above the Airmatic air suspension with Adaptive Damping System Plus offered as standard, Mercedes GLS offers the revolutionary E Active Body Control with Road Surface Scan and Curve function which operates with a voltage of 48V and allows individual wheel control. Both cars have the same Cx of 0.32. 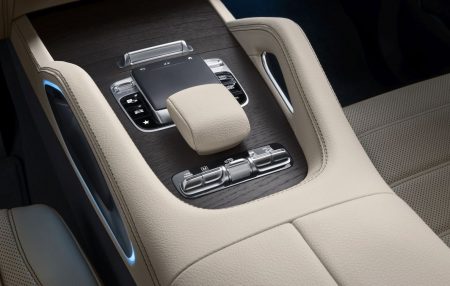 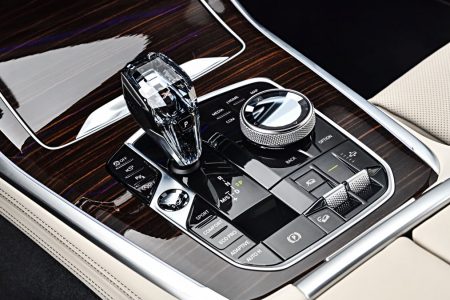 Mercedes GLS promise also better traction in off-road. A transfer case with ellectronically controlled multiplate clutch is fitted as standard and allows a variable transfer of drive torque from 0 to 100 % between the axles. Available as an option and brand new is a transfer case specially configured for off-road which features a reduction gear.
BMW X7 offers also a new package taken over from the new X5. The Off-road package features rugged underguard elements and special graphics plus an extra switch in the centre console to select four driving modes: xSnow, xSand, xGravel and xRocks. But the package does not improve the off-road abilities like in case of Mercedes GLS.

The new Mercedes GLS is equipped standard with the latest generation of the infotainment system MBUX with two high resolution screens, each with 12.3 inch. The optional MBUX Interior Assistant also allows intuitive operation of different comfort and MBUX functions by movement recognition. A camera mounted on the in the overhead console registers movements of the driver’s and passenger’s hands and is able to distinguish the driver’s hand from that of that of front passenger.

The new full colour head-up display is available as an option and has a resolution of 720 x 240 pixels.

If the Rear Comfort Package Plus is offered, you can get a 7 inch Android tablet with its own docking station mounted in the second row’s centre armrest. The tablet can control many functions of the MBUX system but also the five zone automatic climate control and the adjustment of the seats if you order Rear Seat Comfort package.

And you can get also the MBUX Rear Entertainment System which include two 11.6 touchscreens in the second row.

BMW X7 is fitted as standard with the BMW Live Cockpit Proffessional with two touchscreens with a diagonal of 12.3 inch each, hard disc with 20 GB and an adaptive navigation system. The system can be controlled via iDrive controller, steering wheel controls, touch control, voice control or gesture control. The standard specification include also the BMW Intelligent Personal Assistant that responds to “Hey BMW”. 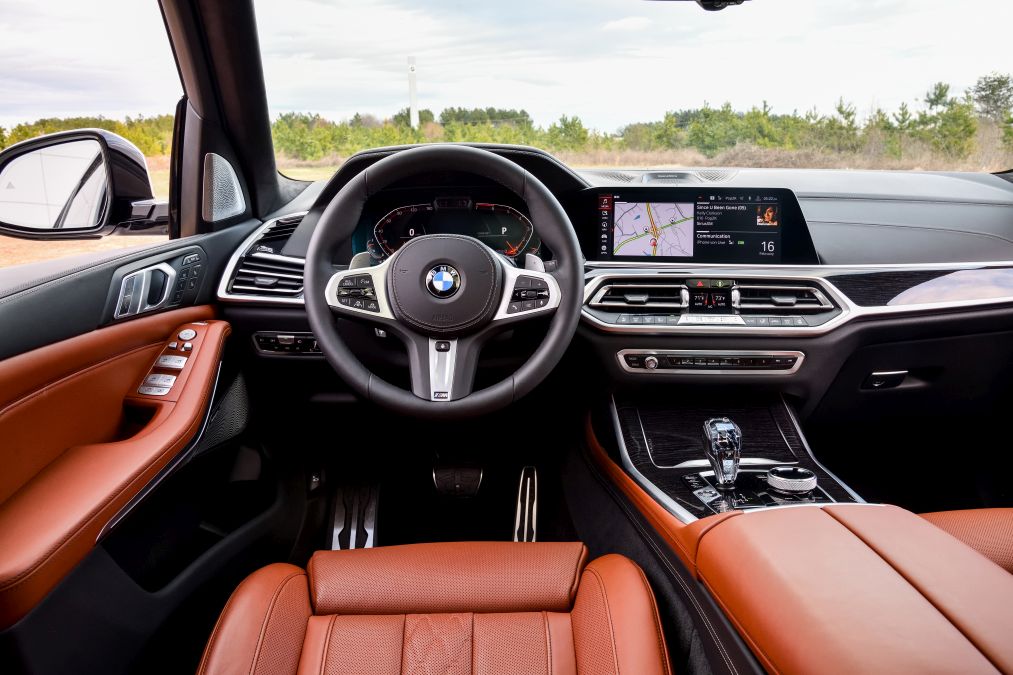 BMW X7 offers an exclusive feature taken over from the new X5: The Parking Assistant Plus with Reversing Assistant.  The system “learns” the last 50 meters you drive and is able to reverse the car along exactly the same line it took when moving forward. You can activate the system by pushing a touch in the central touchscreen and it function if the driver drove forward last 50 meters at a speed of no more than 36 km/h (22 mph).

The new Mercedes GLS is offered also optional with the Active Distance Assist Distronic  which has a new function. It recognize the traffic jam on motorways with the help of information from Live Traffic and reduces the speed to around 100 km/h as a precaution.

The optional package  Driving Assistance package has a new function: Active Stop and Go Assist  is able to keep the car in lane and maintain the safety distance with a high level of availability at speeds up to around 60 km/h when you drive in a tailback on the morway.

Trailer Manoeuvring Assist is available as an option for the GLS in Europe.

Mercedes GLS offers more space and more off-road abilities if the off-road package and the revolutionary E Active Body Control suspension is configured. Mercedes GLS promise more comfort thanks to the Curve function and Road Surface Scan while BMW plays on the sportivity cards if the Integral Steering and Active roll stabilization is configured. Both cars offers a high level of luxury with all seven seats electrically adjustable and top multimedia systems as standard.