X-Class, not the first Mercedes-Benz pick-up in history

The Mercedes-Benz X-Class is not the first, nor the second pick-up in the history of Mercedes-Benz. It’s been less than two weeks since it saw the light of day, boasting to be the first. But the three-pointed star company knows better. They have been making pick-up trucks for decades.

The Mercedes-Benz pick-up trucks date way back. The Mercedes-Benz 170 V pick-up was the first such vehicle of the brand. It happened soon after the World War II, and it came in time for the infrastructure reconstruction. In this context, Mercedes-Benz found the salvation in sending a pick-up into the world, soon after rebuilding the Unterturkheim plant in Stuttgart. Production started in 1946 and it was heavily based on the long-gone limousine built between 1936 and 1942 and is today considered to be the predecessor of the company’s pride and joy, the E-Class. 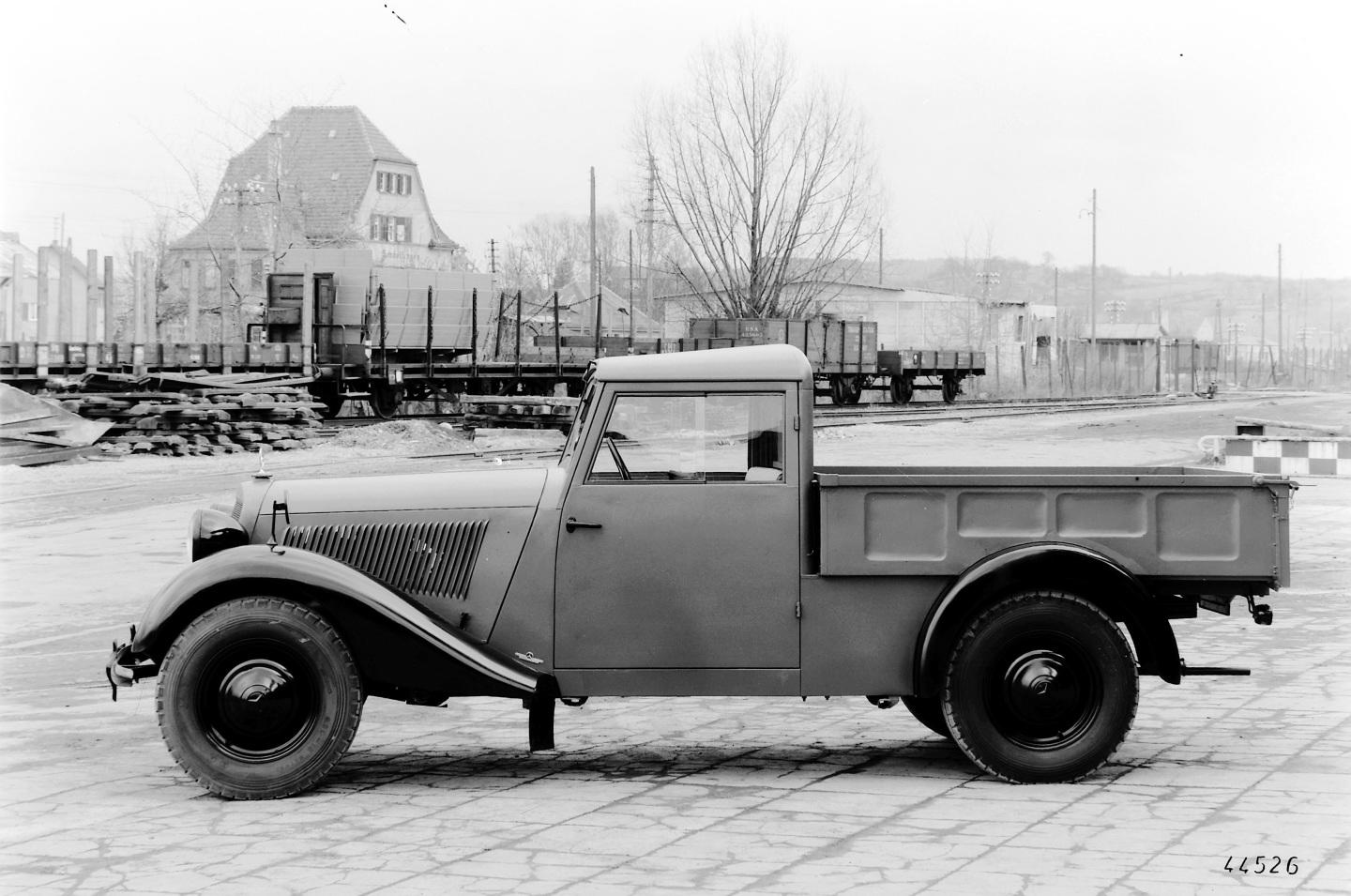 It was powered by a 1.7-liter engine. More than ever, it was not the time to waste gas. Shortly after that, in September and October, Mercedes launched the ambulance and police variants based on the 170 V. In the first production year, 214 such vehicles are manufactured. By 1947, the figure reached 1045.

In May 1949, Mercedes launched the W191. With this model came the Sondermodell “S” (Special model), the 170 S, a luxurious model. The brand also built models fit for ambulance service based on it and eventually, pick-up trucks. Many of them were shipped to Argentina.

History turned strange for the Ponton as well. Although Mercedes never actually delivered pick-up based on it, during its 9-year commercial life, up to 5653 chasses with incomplete bodywork were sold as multi-purpose vehicles. 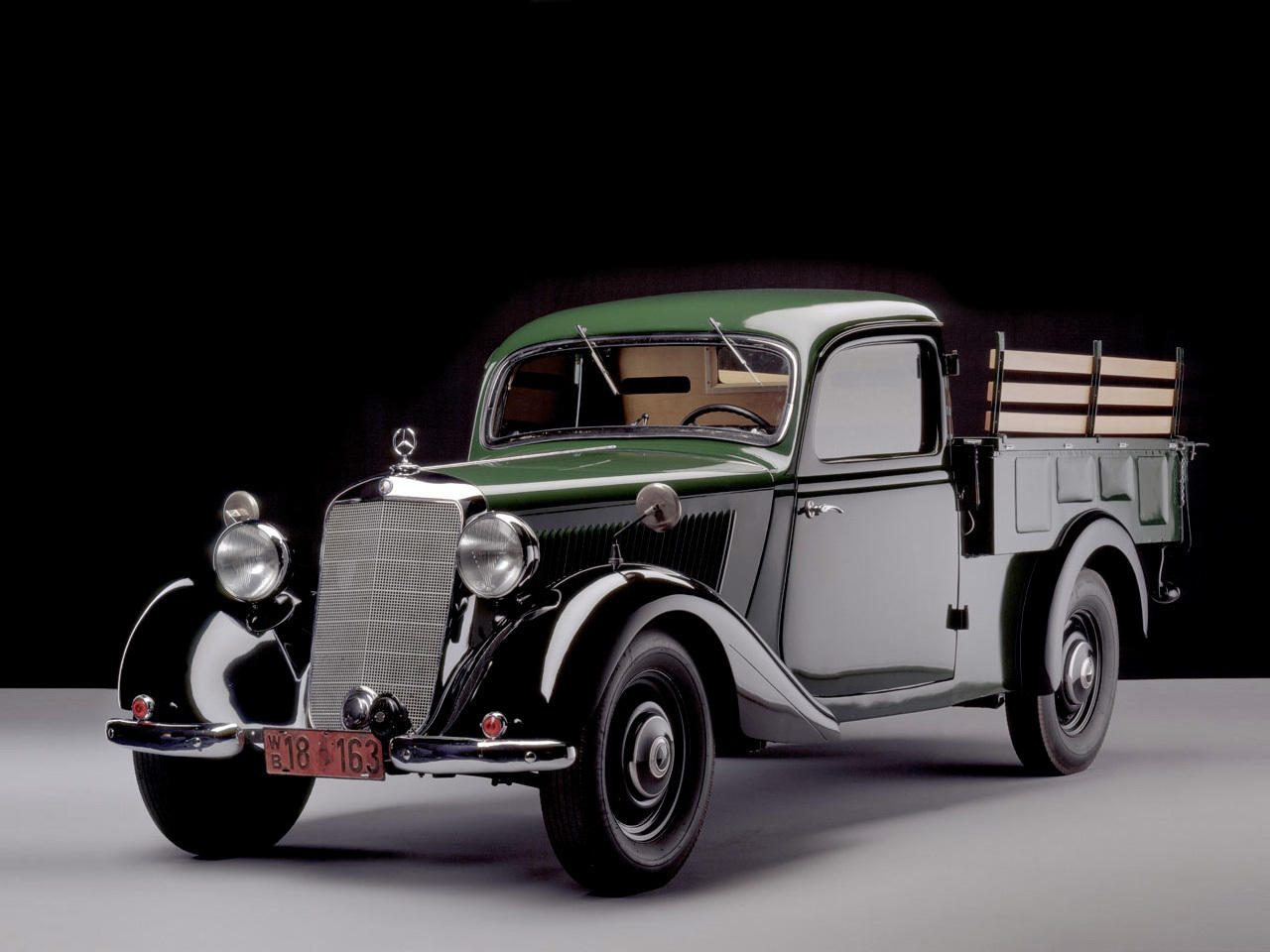 Central and South-America, but also South Africa turned out to be an major market for Mercedes-Benz. To avoid high taxes, Mercedes delivered the vehicles disassembled and they were to be assembled at the destination. Eventually, they ended up selling as pick-ups. The taxes were lower for commercial vehicles compared to those for passenger cars. In Cuba, you can still encounter them out in the street. 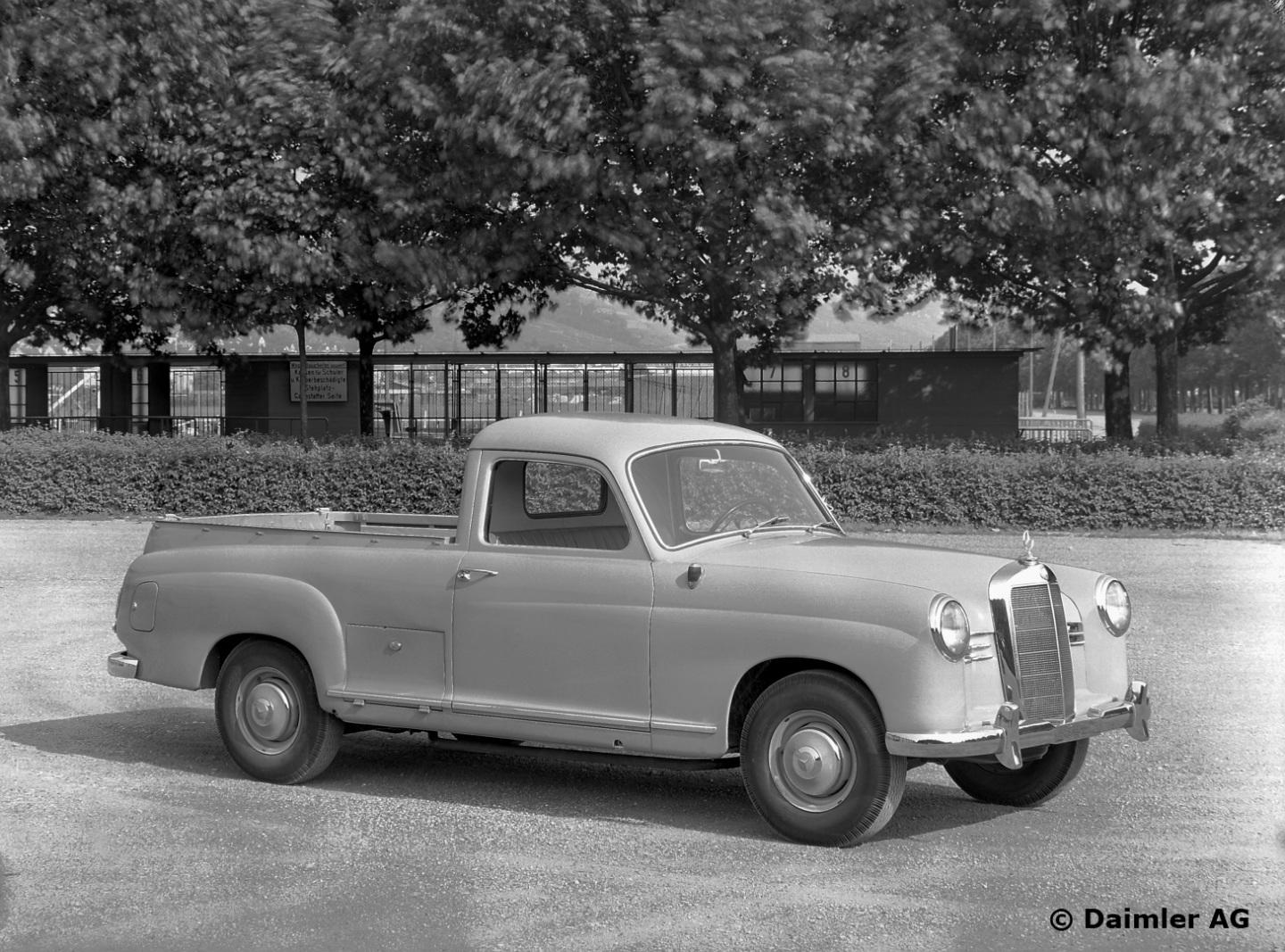 The first Mercedes 180 D Ponton vehicles in the shape of a pick-ups started selling in 1955. They were fitted with a 1.8-liter OM636 engine, the first diesel introduced by Mercedes after the war. It developed 43 HP, which turned into 43 after the improvements the model underwent in the fall.

The W 115 was the orange pick up that has become famous throughout the years. But it wasn’t until the 1970s when the first pick-up bore the 3-pointed star on the radiator grille. Presented to the public in 1968, the W 114 and W 115 series opened the door for what the E-Class was to mean to the company’s portofolio. 1.9 million such passenger cars were sold between 1968 and 1976. 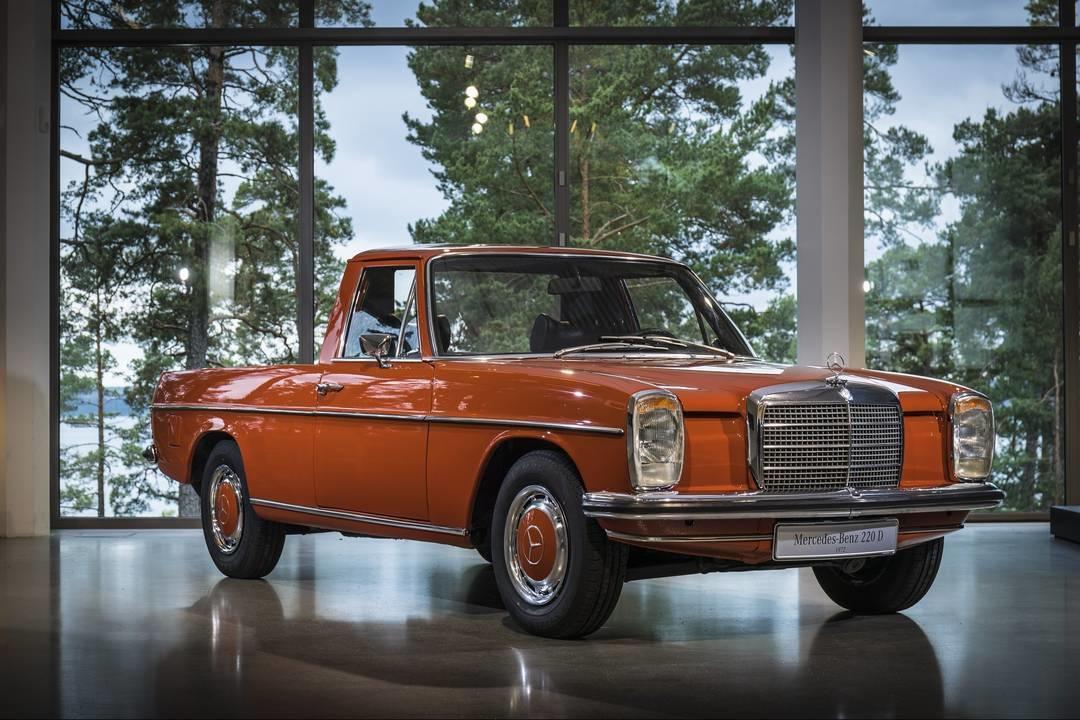 During its development, sedans, long-wheelbase sedans and coupes (the letter did not see the light of day). Initially, two six-cylinder engines (W 114), 230 and 250, and four four-cylinder engines (W 115) were launched, together with the 200, 220, 200 D and 220 D. It was on that latter version on which Mercedes-Benz Argentina created what is probably the most successful pick-up in this story. It certainly had style like no pick-up ever before. It was not manufactured in large quantities, it was exported and it even arrived – believe it or not – in Germany.

Just like the luxury X-Class, it did not seem much of a vehicle designed for work, but a saloon converted in a pick-up bodied car.  The German Railway company and the Aerolineas Argentina came to use them for various missions. It was available in a single and double cab version and it was powered by a 2.2-liter 4-cylinder diesel engine, good for 60 HP and 126 Nm of torque. 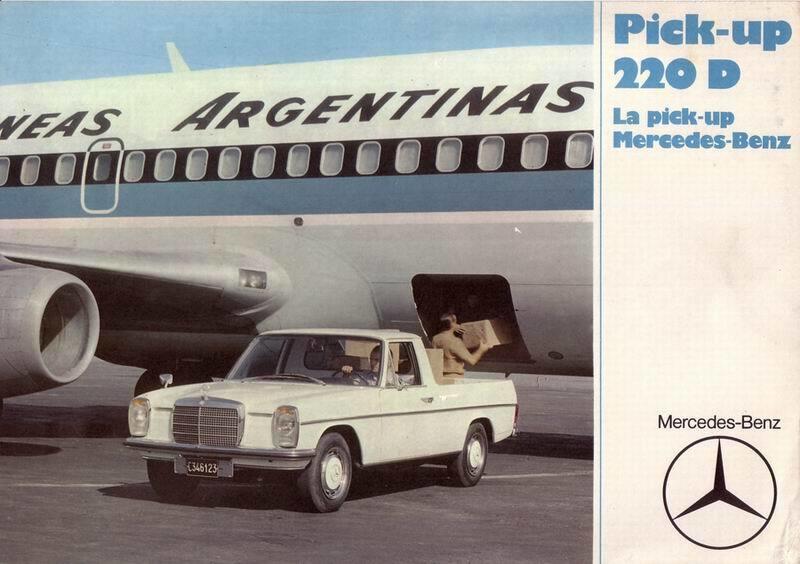 A few years later, in 1979, Mercedes launched the world-famous G-Class. A robust and expensive military SUV. It was, naturally, destined for rough missions, so its format fitted the pick-up personality. 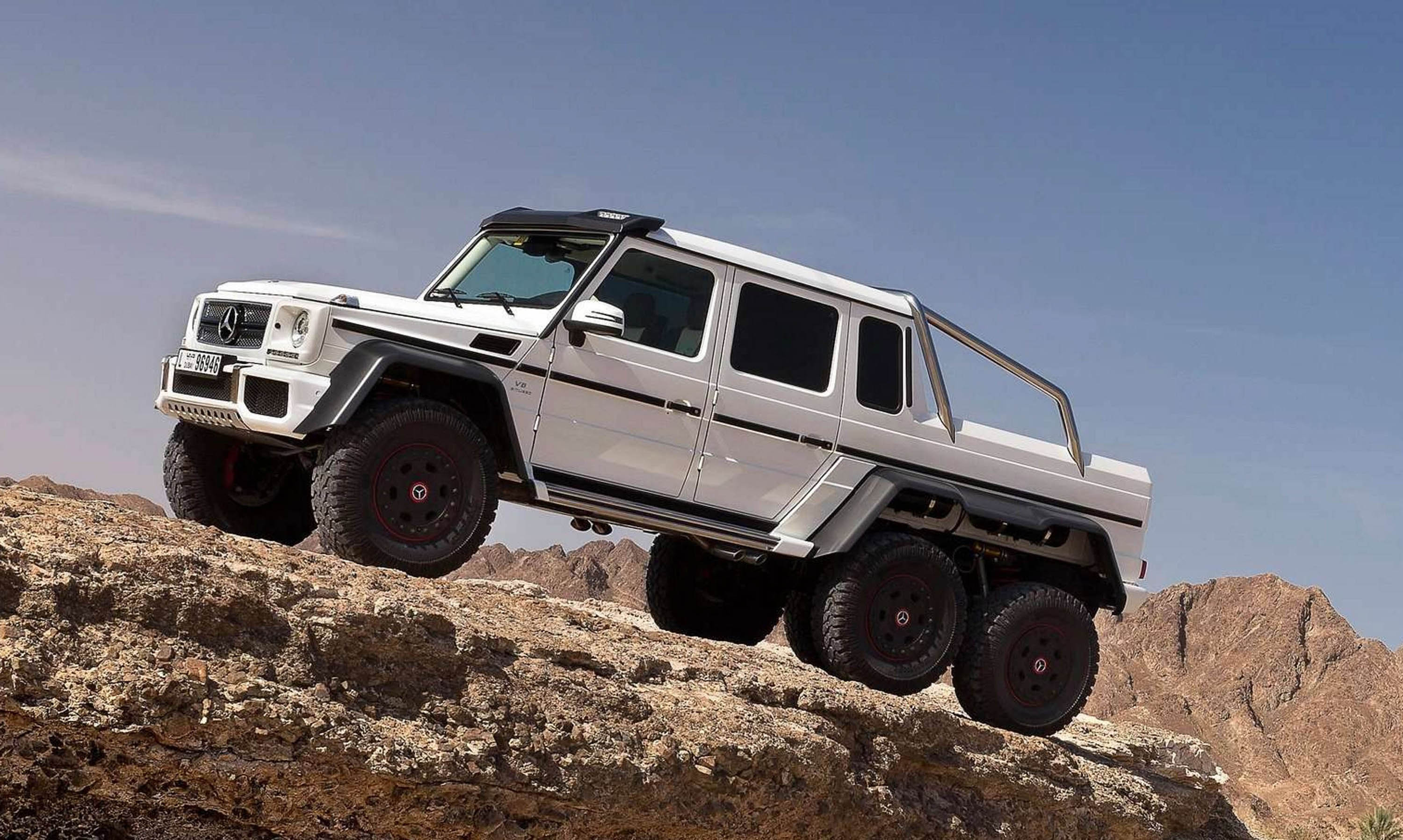 With the X-Class, a new era begins. The vehicle made in collaboration with the Renault-Nissan Alliance is the spearhead of the luxury laborious pick-up truck to be manufactured at the Nissan plant in Barcelona. The future owners must know that the X-branded truck is not the first chapter of the book of the Mercedes-Benz pick-up trucks.