The Benz Velo rocketed to celebrity in Germany and all across Europe. Approximately 1,200 such vehicles were sold by 1902, a figure that made it the first mass-production automobile. 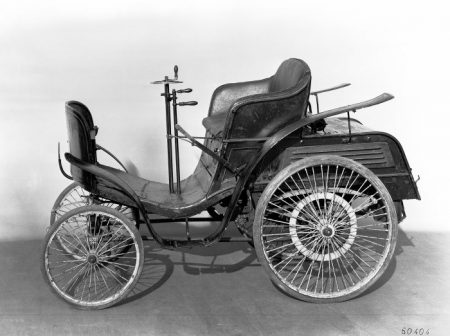 It made its debut in April 1894. It only weighed 280 kilograms and featured a single-cylinder engine that delivered 1.5 horsepower.

Benz filed a patent application for this engineering solution on 28 February 1893. A patent was issued later on, with the series DRP 73 515. The first double-pivot steering system then became reality in the same year, when it ended up in the Victoria and Vis-à-Vis models, with larger proportions than the Velo. 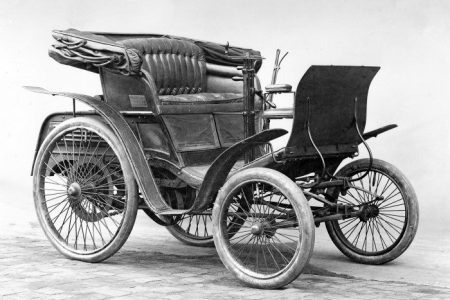 The Benz & Cie. catalogue put the new model on the cover in April 1894, for the launch of the Velo sales campaign. Strating 1894 and all the way to 1902, the Velo and Comfortable models were sold in approximately 1,200 production units with engines of rated capacities ranging from 1.5 horsepower to 3.5 horsepower. The cars were delivered at home in German and over borders.

The vehicle was launched in 1894 with four wheels and a double-pivot steering system. It was capable of reaching a top speed of 20 km/h. Vehicles with two and three wheels came on, as a demonstration of Carl Benz’s enthusiasm for the bicycle. 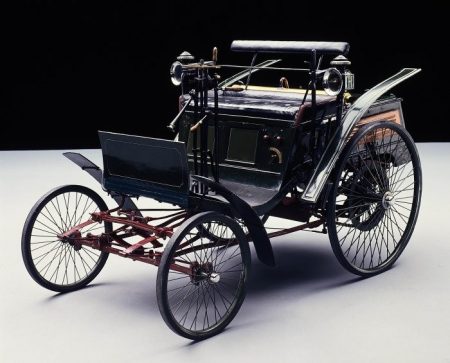 It vehicle stayed eight years in production. In January 1898, the catalogue revealed a Benz Velo with an output of 2.75 horspower, available for 200 marks extra. The future owner had to pay an additional 100 marks for a sun guard. The updates took the weight of the vehicle up to 320 kilograms.

In October 1899, the Velocipede and the Comfortable models came with a three-horsepower single-cylinder engine as a standard feature and with a price tag of 2,500 marks, 2,800 marks respectively. The Velocipede lacked though from the January 1901 catalogue.

1902 was its last year of production. It then had a 4.5-horsepower engine and was able to accelerate up to 35 km/h. 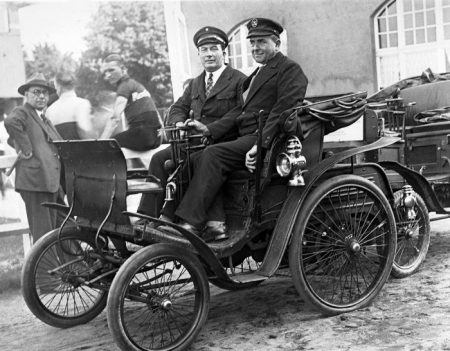