Elena Luchian, July 6, 2016
2.24K 0
Home Mercedes Benz E-Class The winner takes it all – The S-Class and the E-Class get the Auto Express New Car Awards

They went there empty-handed and left with a handful of awards. Mercedes-Benz got two trophies at this year’s Auto Express New Car Awards. The S-Class has been designated as the Best Luxury Car, while the E-Class business sedan was named the Best Executive Car. The GLC also did well in the competition.

There is no race that the S-Class can’t win. The luxury sedan was voted the Best Luxury Car for the third year in a row, thanks to the ‘cutting-edge tech’, ‘effortless comfort’ and ‘beautifully crafted cabin’ that the reigning “queen” integrates in its continuous pursuit of perfection. Bentley Mulsanne and Range Rover came second and third best.

“The S-Class remains the benchmark for all other luxury cars to aspire to. The combination of cutting-edge tech, effortless comfort and a beautifully crafted cabin makes it a deserving winner of our award for the third year in a row”, says Steve Fowler, Editor-in-Chief at Auto Express. 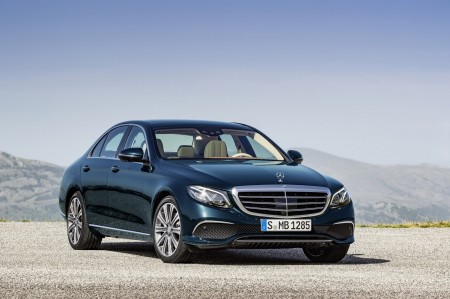 On sale in UK since February, the Mercedes-Benz E-Class defeated its rivals, the Jaguar XF and Tesla Model S, with its stylish looks and advanced technology.

“Mercedes-Benz has moved the goalposts in the executive market with the new E-Class. It offers imperious quality and refinement, stylish looks, advanced tech and is great to drive, too, marking itself out as an unbeatable package for executive car buyers”, Steve Fowler commented.

The Mercedes-Benz GLC came second in the Compact SUV of the Year category. The Jaguar F-Pace was ruled out as a winner.

The Head of the Product Management Division, Gary Lee, was there to collect the awards on behalf of Mercedes-Benz and proudly stated:  “The E-Class is at the heart of the Mercedes-Benz model range, and it’s fantastic to see this car getting the recognition it deserves.”