The big scandal regarding the armored Mercedes-Benz Pullman limousine owned by the controversial North Korean dictator Kim Jong Un is over. The final report of the UN Security Council investigation has been released and Mercedes was cleared of all accusations.

UN released this report on Tuesday at the Washington-based Center for Advanced Defense Studies, making it public how Kim Jong Un-armored Mercedes was brought to North Korea via unofficial channels. The route of the limo began in the Netherlands, then through China, Japan, South Korea and Russia.

Months earlier, Kim Jong Un’s armored Mercedes-Benz Pullman limousine became a heated topic when the dictator began to showcase it at several events, for example, at a major international meeting in Russia in April. This has raised questions for many, given that the sale of luxury goods, such as luxury cars, is banned by UN sanctions against North Korea. Mercedes’ parent company Daimler was uncomfortable with the whole debate, so in the spring it publicly stated that it had no idea how Kim Jong Un could get his hands on the armored luxury cars, as there was no business relationship with North Korea without facing international sanctions.

The case was preceded by a decision of the UN Security Council in 2006 prohibiting the export of luxury goods to North Korea as a penalty for its nuclear program. True, UN members were unable to agree on the exact definition of luxury items, which left room for interpretation. According to a recent publication by the research institute that drew up the 2019 report, North Korea have turned to 90 countries for luxury goods in 2015 and 2017.

According to the report, the two Mercedes limousines were sailed in the port of Rotterdam last June, and arrived in Nahodka, Russia, in early October, after several intermediate stations, from where they headed for the North Korean capital days later. The report of the research institute is based on publicly available data – business registers, trade and customs registers, and tracking information.

“The trade organizations involved in transportation are operating in several countries, have significant freight capacities, and engage in other illicit commercial activities with North Korea, such as ship-to-ship transfers, bulk exports, foreign labor and arms trading,” the report said. Mercedes-Benz is hence cleared of any suspicion that it sold the cars to Kim Jong Un via official or unofficial channels.

Daimler’s website shows that it sells and service vehicles in almost every country in the world, with production lines in Europe, North and South America, Asia and Africa. However, North Korea is not one of its business partners. “Our company has no business relationship with North Korea for more than 15 years, and the company strictly adheres to the EU and US embargo,” Silke Mockert, spokesman for the German car factory, said in a statement to the AP news agency. Daimler has put in place a comprehensive export control procedure to prevent shipments to North Korea or to any of the foreign embassies of Pyongyang, but this does not apply to cars that are purchased through resellers. 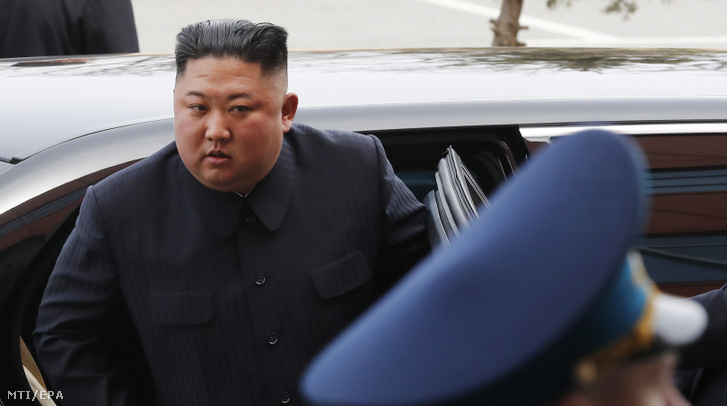