The story of the greatest salesman, who sales Mercedes-Benz cars at the North Pole

Elena Luchian, December 23, 2019
2.38K 0
Home Lifestyle The story of the greatest salesman, who sales Mercedes-Benz cars at the North Pole

The greatest salesman that ever was just happens to work at a Mercedes-Benz dealership at the North Pole. In the middle of nowhere, surrounded by snow, he sells Mercedes-Benz cars. Ted Fopner had sales in his DNA, since his grandfather and father earned a living in the field.

So he had everything for success. But things did not turn out as he expected them. Nobody came to the grand opening. He had to deal with the snow and sometimes even make polar bears flee. By fall, Ted Fopner was in a desperate situation. No one ever visited his dealership, no one ever bought any car. 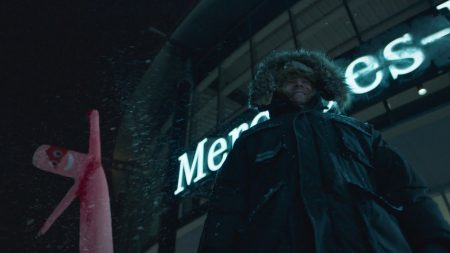 And then a target came from the boss: he had to sell 50,000 Mercedes-Benz cars by the end of the year or else, the dealership would be closed. A failure he could not afford. Still he could no so way out. But then a Christmas miracle happened. Santa Claus himself arrived at the dealership and ordered so many cars. And so Mercedes-Benz of North Pole became the top selling dealership in the world.

Ted Fopner was designated the Salesman of the Year and offered a seat in the company’s board of directors. Well, the only one to thank for all of these was Santa…

Mercedes-Benz gifts – What are you getting for your friends and family?