It was the accident that changed the face of the motorsport forever. And the face of a legendary driver that still bears the scars of the fire that engulfed his car forty years ago. It is a flaming story of affliction and bravery. The story of Niki Lauda, the non-executive chairman of Mercedes-AMG PETRONAS, the Scarface of racing, the hero that faught the racetrack war with villain James Hunt.

Driving around in circles and defying the statistics that showed that a driver died every 7 grand prix races. It was the 70s, the era when speed addicts were willing to kill themselves for the sake of adrenaline. But not Niki Lauda. The Austrian was different. He was meticulous, he wanted everything to work like clockwork, he was a genius at setting up his car. A control freak that hated the guts of James Hunt, the playboy who danced his way to the race car while getting the telephone number of some gorgeous grid girl right before the race start.

It was July 31st, 1976, at the drivers debrief, when Niki Lauda tried to convince the other drivers to boycott the race set to happen on August 1st. Lauda seemed to have a premonition. The Nurburgring circuit was way too dangerous, even for the fearless. But led by his main rival, the playboy James Hunt, the drivers voted to race.

Did he know what he was rushing into when he clenched his fingers on the steering wheel that day? Not in his worst nightmares. It was just the second lap when his Ferrari span off the track, hit the barrier, bounced back into the circuit and burst into flames. Brett Lunger of Surtees Ford crashed into him, but got off the car himself. The clock was ticking and no sign from Lauda. Three other drivers stopped close by and pulled him out of the inferno. 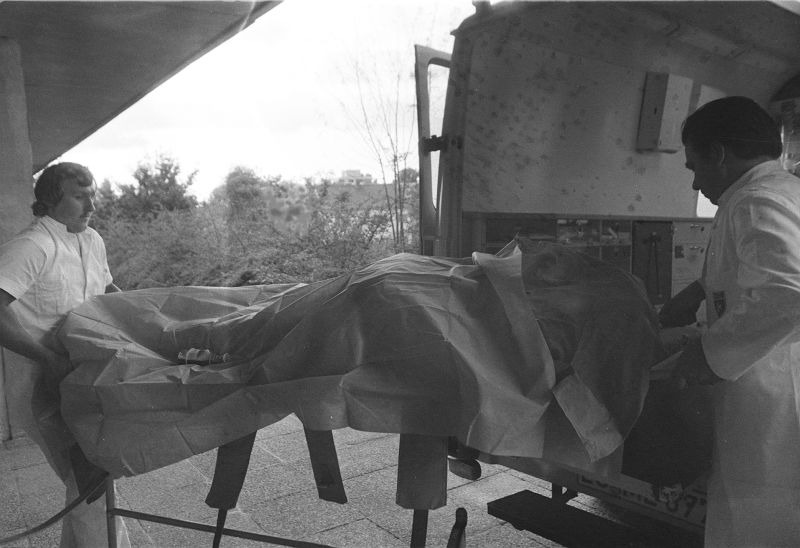 Not too late for him to die, not soon enough for him to walk away unharmed. Lauda was able to stand after he was pulled out of the wreck, but minutes later, he collapsed into coma. The skin on his head and face was burned all the way to his skull. The foam of his modified helmet slid off after the impact and let his head exposed to flames. He tried to protect his face with his hands, so the skin on them virtually melted in fire. Beyond the visible injuries, he had inhaled toxic gases. His lungs and his blood were a mess. The doctors gave him minimum chances to survive. 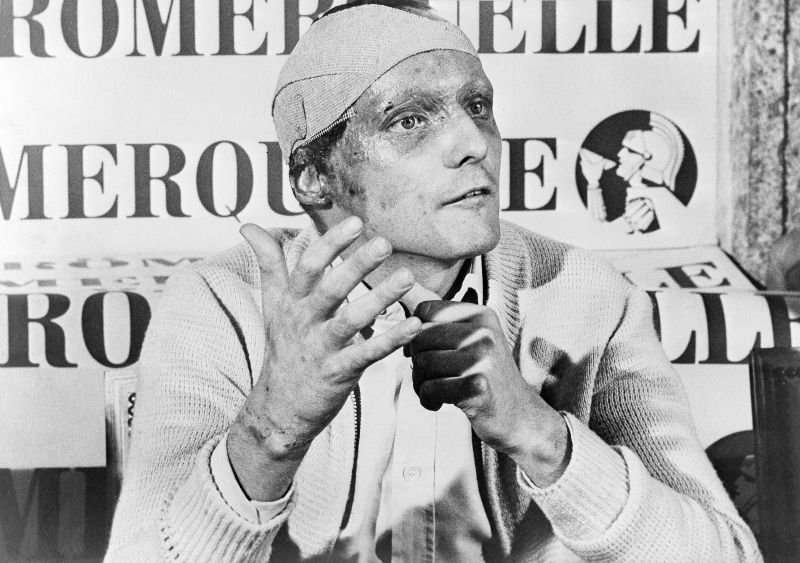 And yet, a miracle happened. Six weeks after the horrific crash, the 27-year old driver was back in the car. At Monza, at the drivers’ press conference, he showed up still wearing the bandages. On Friday, he had got onboard his racing car, but had got off right away and had gone back to his hotel. The accident kept playing in his head. He couldn’t sleep much that night: “I couldn’t even get the car into the second gear. What the hell went wrong?”

Eventually, he qualified and finished fourth. After the race, the Ferrari crew watched him peel off the bandages soaked in blood.

The real face of racing

Niki Lauda has lost most of his right side ear, the skin on his face today still looks as bad as 40 years ago and he only accepted the surgery that rebuilt his eyelids. He needed the full potential of his eyesight to race again. Why has he limited reconstructive surgery? He could afford any medical intervention to erase the scars off his face. “I leave the scars here for all the drivers to see what racing can do to them”, he said. He has been wearing a cap to hide part of the horror since. 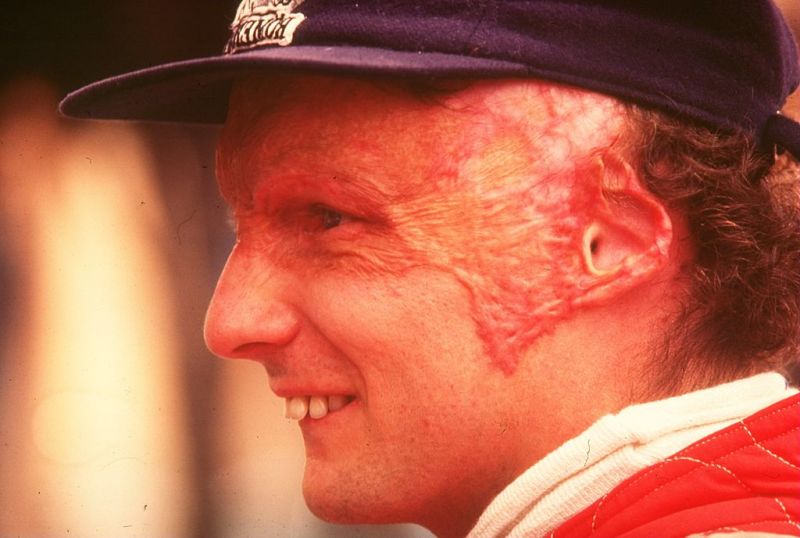 He lost the championship that season, to James Hunt, by just one point, despite being absent for six weeks and then retiring from the Japanese Grand Prix, claiming it was too risky to race in the rain, especially because he could not see properly. “It is absolutely stupid to drive in these conditions”, he told to Bernie Ecclestone, the man who pulled the strings of Formula 1 even back then. James Hunt did race though and won the championship.

Niki Lauda got the world title the next year. A 3-time world champion that looked like Scarface and still does today. “I wouldn’t change a thing”, he says. 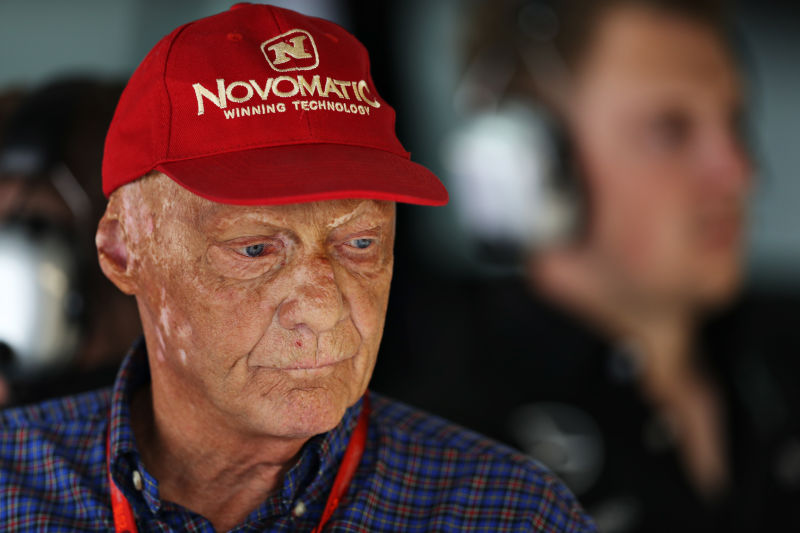 He is now smiling his distorted smile in front of the pit wall buzzing and beeping screens of the Mercedes-AMG PETRONAS garage and hopes the era of fatal crashes has ended with Jules Bianchi in 2014. His heart though still skips a beat every time a driver crashes.