Do you remember that time when you yearned for a Mercedes-Benz SL but found it to be way too expensive, so you thought “if only they made a smaller and cheaper one”. The SLK, you mean. “No, even smaller and less expensive”.

It was back in 2000 when Mercedes-Benz came up with the Vision SLA concept, a car that was supposed to bring the appeal and driving enjoyment of the SL class into a much smaller segment. It debuted at the Detroit Auto Show and, believe it or not, it was based on the contemporary A-Class model.

The design, however, had its roots elsewhere. The car had great proportions and you don’t really realize how small it is until you see a human figure inside. The front of the car was inspired by the SLR high performance sports car, with its prominent V shaped nose and the centrally positioned Mercedes-Benz star. The windshield had a sharp angle while the rear was gently slanted, reminiscent of the legendary Silver Arrows models.

With all these reduced dimensions as well as the use of light materials (the body panels were made out of aluminium and high grade plastics, while the bucket seats were carbon fibre), power came from a rather small 1.9 litre four cylinder petrol engine that developed 125 hp. Vision SLA used a five speed manual transmission which channeled the power to the front wheels.

The maximum torque figure was rather decent 190 Nm that came at a pretty low rpm value (4,000), enough for a 0-100 km/h sprint of just 7,9 seconds and a top speed of 209 km/h. Still, the Vision SLA concept wasn’t about raw speed, but the pleasure of driving a small and nimble open top car. 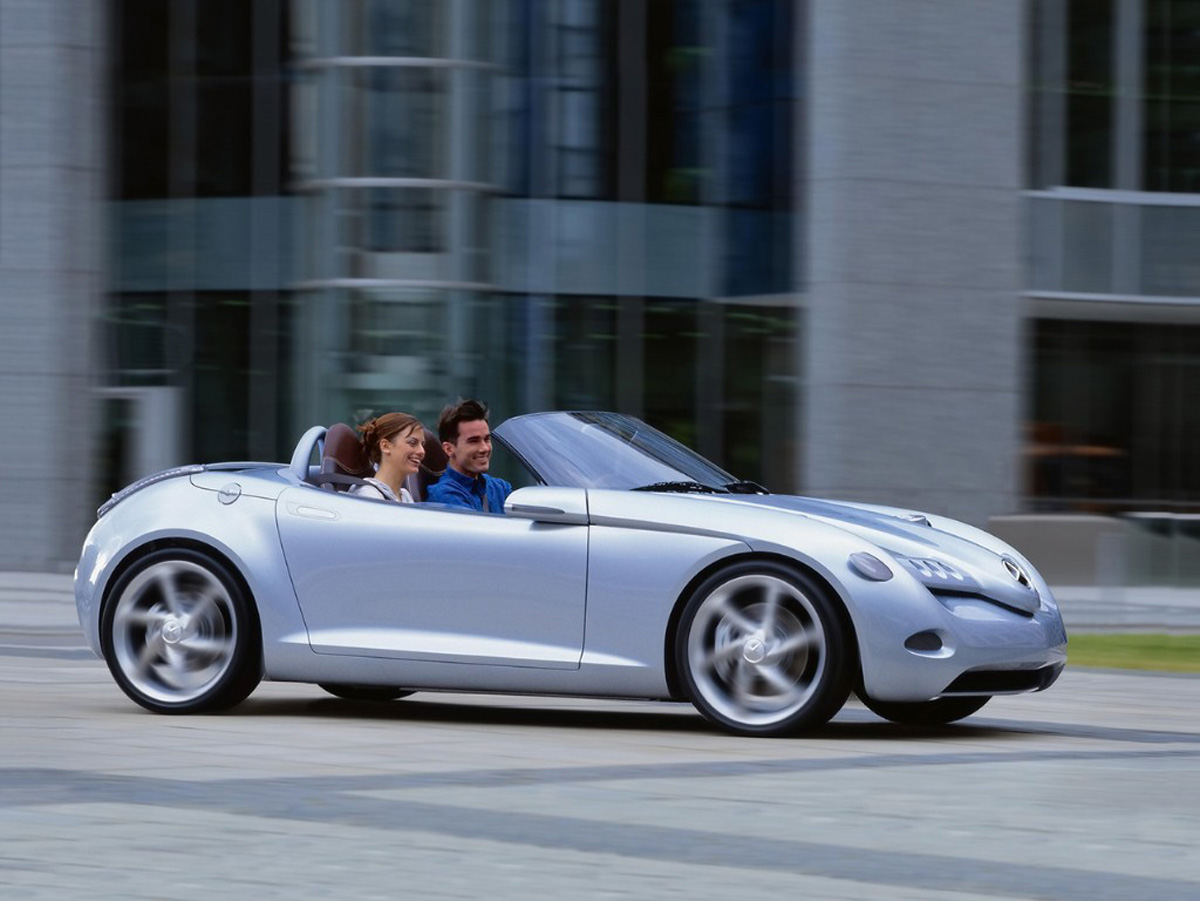 Even though it looks nothing like the A-Class and it’s anything but tall, the Vision SLA kept the same safety principle as the Mercedes-Benz hatchback that saw the engine pushed underneath the passenger compartment in the case of a frontal collision. The car also had roll-over bars behind the seats and a reinforced windshield structure. 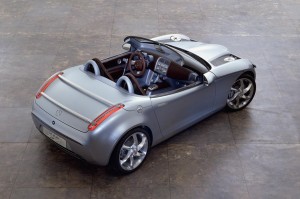 Another new feature for the Vision SLA was the use of LED for braking and turning lights. The bright LED lights used prisms for dispersion providing a more effective rear warning system especially in poor visibility conditions. The front lighting system used state of the art xenon projector beams in two separate housings for the dipped beam and the high beam.

On the inside (well, since it’s an open top design, inside and outside are relative notions), the theme for the Vision SLA was once again lightness. The seats were roughly 25% lighter than similar designs because of the use of carbon fiber, while the predominant material on the dashboard was the aluminium  in the rotary controls or dials.

The Vision SLA was, no question about it, a very weird concept with little direct value for the brand. However, it showed what Mercedes-Benz could do if it decided to build a (really) small roadster, a fun to drive car that treasures pure excitement more than anything else. To be honest, I’m pretty sorry the concept didn’t go any further than this.