Elena Luchian, December 27, 2017
1.63K 0
Home Auto news The production of the Mercedes EVs might push the C-Class out of the Alabama plant

Mercedes-Benz has decided to start off the construction of the electric vehicles at the Alabama plant, but this might force the C-Class move out of the country.

The production of the mid-size sedan represents 20% of the plant’s production, since the three-pointed star brand built 72,000 units in 2016 and already over 57,000 in 2017. “We will see”, said the Mercedes global sales boss, Britta Seeger, for Autonews, when asked whether the C-Class will be pushed off the assembly line in Alabama. 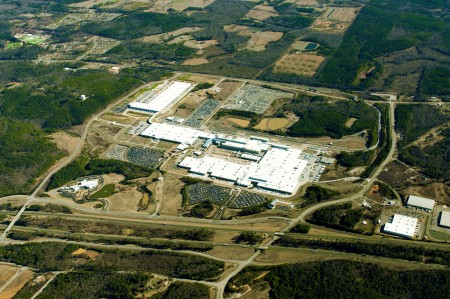 At the beginning of fall, Daimler was planning to invest $1 billion in the Alabama facility in order to start off the production of the EQ sub-brand vehicles, which are expected to go into series production in 2020. In Alabama, the company is also building the GLS, the GLE and the GLE Coupe.

“The most important point for us was to make sure we have the EQ production in the U.S.. If you have electric mobility, it makes sense to go very regional because you want to avoid huge transportation”, Seeger stated.

Mercedes is counting on the company’s electric vehicles to account for 15 to 25% of its global sales by 2025. The C-Class will be entirely moved to Germany and South Africa, where the production of the mid-size sedan is already going on and that would happen by 2021, when the facelifted model would hit the market.