The precious cargo: 20 Mercedes-Benz cars in a plane

Everyone on board! Fasten seatbelt! And we’re ready for takeoff. Usually the captain says that to passengers and crew. But this time, he said it to some Mercedes-Benz vehicles loaded up in a cargo aircraft.

There is big ado about something at the Frankfurt Airport. The Lufthansa Cargo MD-1 1F has its drop shutter down. Behind the wheel of a camouflaged vehicle, Andreas Rothweiler goes up the ramp backwards and drives straight into the belly of the aircraft. He does this 20 times. 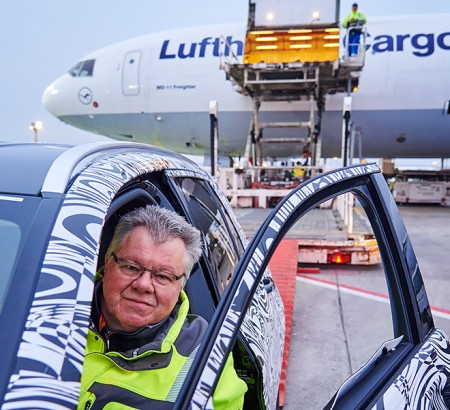 By the time he’s finished, 16 cars are on the main deck and another 4 are stowed away on the lower deck. The man is the Managing Director of the car-go forwarding company in Stuttgart and an expert in loading Mercedes-Benz cars.

Ten of the twenty vehicles bear black covers over their heavily camouflaged bodies. They are only uncovered when they are driven into the plane. They don’t even officially exist yet, so that is why they need to be hidden away from the eyes of the curious. 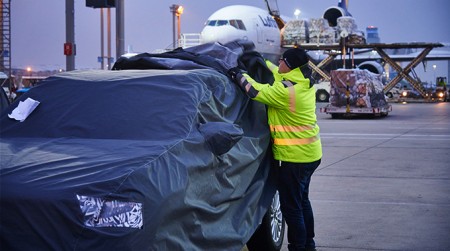 Mercedes-Benz is airlifting them across the Atlantic to put them through their paces at -20 degrees Celsius in Bemidji, in the northern part of Minnesota.

It is not the first time this is done. One of Andreas Rothweiler’s colleagues, Dieter Czejka, went to Stuttgart himself to check if vehicles could be loaded in the lower deck without having to alter the narrow door. 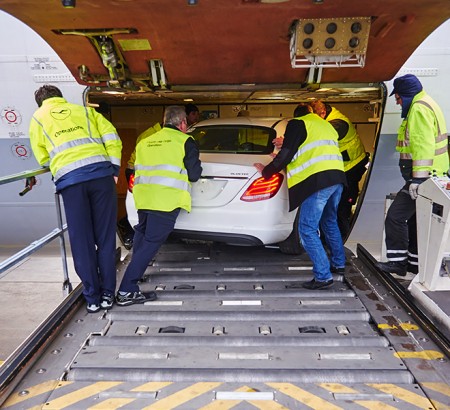 The experts take care that the petrol tank and the battery under the bonnet shall not convert into dangerous shipping, so they handle the precious cargo no wheels with special care.

The car-go specialists have gained experience. They need to do this several times a year. In January, they ship cars to Detroit. And then there is the International Auto Show in Shanghai, in April, half-way around the world in the opposite direction. Every autumn, they again need to take vehicles to Asia, for the Tokyo auto show. 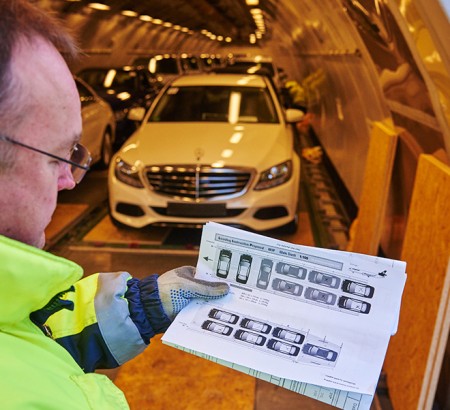 The Key Account Manager Konrad Moser, who recently celebrated 40 years of service with the company, is the automotive expert at Lufthansa’s cargo arm. And he knows it’s not all fully-assembled premium cars. Sometimes it’s just car parts. In the spring of 2012, he had an emergency shipment: 350 engines, 1,500 kg each, from Germany to Tokyo. Daimler’s partner, Fuso, wanted to process additional orders at short notice, so the Lufthansa Cargo service had to comply.