The paradise of gullwings – 300 SL automobiles, all in one place

This must be the paradise of the gullwings! 21 Mercedes-Benz 300 SL Gullwings and Roadsters made their way to Nashville, Tennessee for the annual Gull Wing Group International Convention.

The annual event especially reserved for gullwing vehicles is the owners chance to show off their engined treasures. Therefore, the parking lot of Union Hotel in Nashville, Tennessee, filled up with the legendary Mercedes-Benz models: the 300 SL Coupe and the 300 SL Roadster, arrived there from all over America. 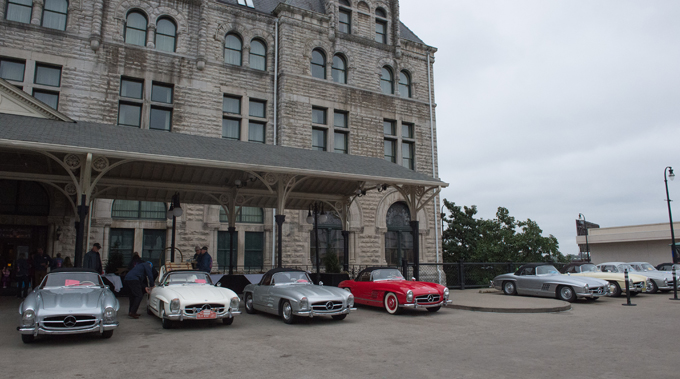 Founded in 1961 by car enthusiasts, the Gull Wing club includes 625 members. They keep their gullwings in perfect condition, but when once a year, just before the annual convention, they give them some extra polish. 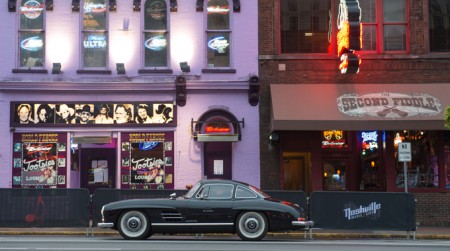 The heydays of these cars are far behind and they need some treatment, so physiotherapy every now and then. But owners know one thing for sure: “Movement is the best medicine. The car should be used and brought to its normal operating temperature at least once per week”, says Tom Hanson, one of the proud owners, who has come to Tennessee all the way from sunny California.

But there are others that travelled even more to reach the convention. For Siegfried Linke, living in the state of Washington, the trip to Nashville and back is 5500 miles long. “I have had no problems so far. It’s only the speed restrictions that are irritating. The car only starts to feel really happy at 80 to 90 miles per hour”, he says about his road-partner, a 300 SL dating from 1957. Its six-inline engine delivers 215 HP, enough to make the car reach the 260 km/h top speed.

And speaking of records, Joel Morris is 90 years old and first owner of his 300 SL Coupe, that he purchased back in 1957, in New York. It was a demonstration car with 6000 miles on the clock. “I had to scrape together all the money I had. In the end my grandmother lent me another 400 dollars, that’s the only way I managed it”, Morris recalls. He is a co-founder of the Nashville section of Mercedes-Benz Club of America, and still drives his classic car. 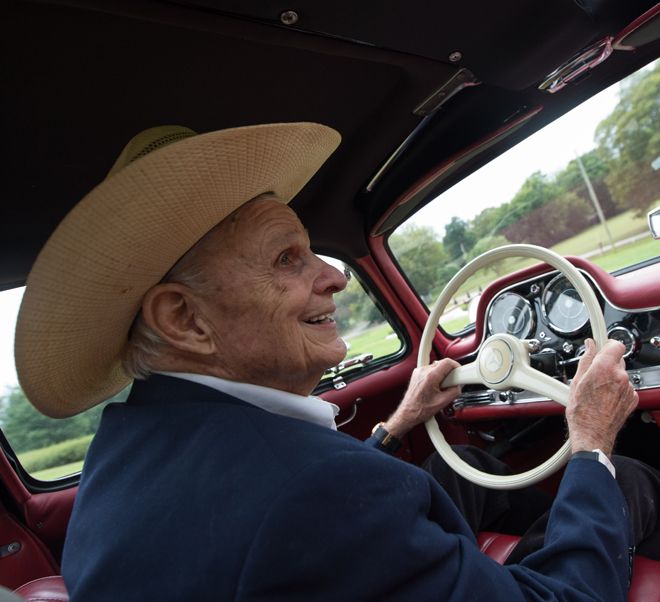 The members of the club do not just meet and compliment each other. The convention includes a tour through the city and out into the countryside. Sweeping past the suburbs of Belle Meade and up on the winding roads of the Tennessee hills, they reach Lynchburg, the place where the world famous Jack Daniels whiskey is distilled. No drinking for the drivers though. Breath-taking sights onboard their gullwings await.