The new Mercedes Citan is also based on the Renault Kangoo but promises to be more Mercedes than Renault. And it will have several versions, including an electric E-Citan starting in 2022.

Mercedes does not give up the small commercial vehicle segment and continues to cooperate with its partner Renault despite criticism of the former Citan generation. Thus, based on the new Kangoo, Mercedes presents the new Mercedes Citan that will be available at the start of sales in the form of Panel Van and Tourer. Later, a long wheelbase version and a Mixto version will be offered.

Mercedes promises a generous space from the standard wheelbase version (2716 mm) which offers much more space than its predecessor. The Panel version has a load compartment with a length of 3.05 meters with the flexible partition wall (a Renault invention many years ago at Kangoo).

Citan comes standard with a sliding door on the right side, with the second door being offered as an option.
In the Panel Van version, the rear doors are asymmetrical whereby the left-hand door is wider and has to be opened first. Optionally, rear doors with heated windows and wipescreen wiper or tailgate can be ordered. 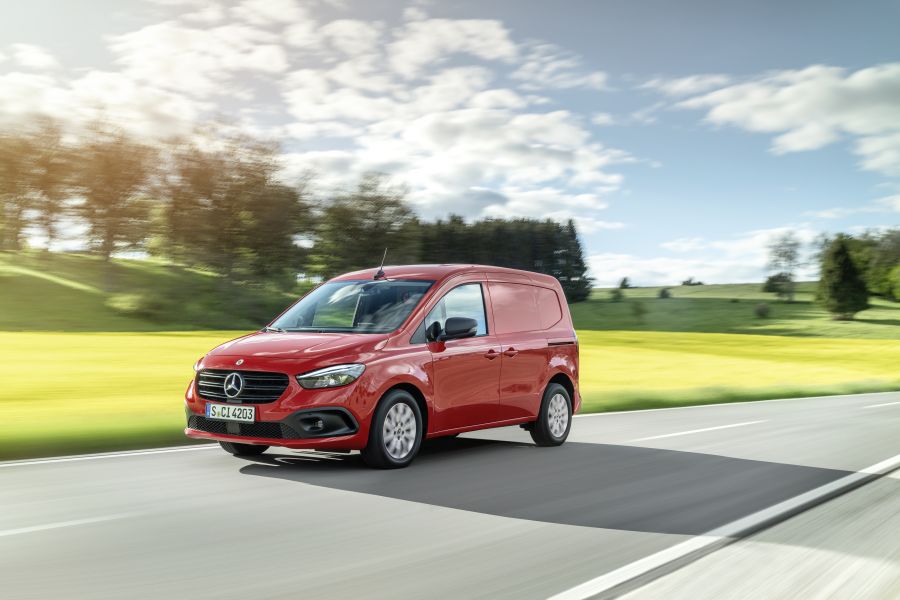 The Panel van version is available with a fixed partition wall (with and without window) between the driver’s cab and the load compartment. Optionally you can order folding partition wall. For transporting long objects, the grille on the co-driver side can be rotate through 90 degrees while the co-driver seat can be folded to create a level surface.

On the Tourer, the configuration is exactly the opposite. It offers standard tailgate with rear window. Optionally, rear doors are offered. The rear bench seat can be folded down in the ratio of 1/3 to 2/3.The two body versions, Panel Van and Tourer will be available with BASE and PRO equipment lines 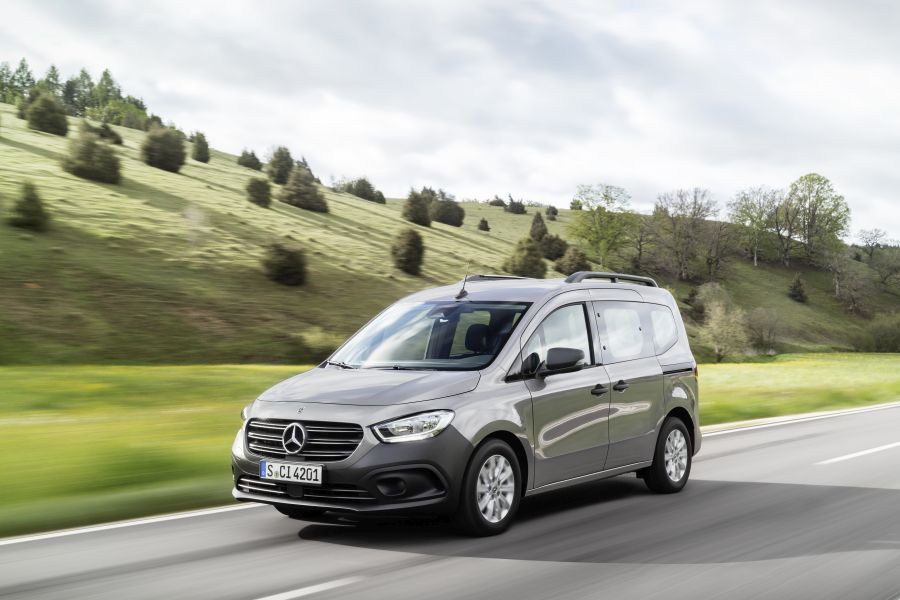 All engines comply with Euro 6d standards, have a start/stop system and are coupled with a 6-speed manual gearbox. Optionally, the most powerful diesel and petrol engines will receive a DCT dual-clutch automatic transmission with seven gears. The 116 HP diesel on the Panel Van will have an overboost function that will provide 121 HP and 295 Nm for a short time instead of 116 HP and 270 Nm.

Mercedes Citan can be ordered from September at a price below 23,800 euros. In 2022, a luxurious Mercedes T-Class version will follow. Mercedes Citan and T-Class will be produced at the Renault plant in Maubeuge.