All shiny and new and ready to rule the world, the brand-new Mercedes-Benz GLS is finally here in all its glory. And it seems to be a quite good looking car, one that sets the bar higher than ever in the all-terrain segment as the “S-Class of the SUV”s. Here’s the full technical brief and prices.

The only genuine seven-seater in the luxury segment, the Mercedes-Benz GLS proudly bets on advantages like spaciousness, comfort, never-seen-before dynamics for such a mastodon and best-in-class safety features. And its 5,130 millimeter length, its 1,934 millimeter width and its 1,850 millimeter height can only confirm it, offering ample elbow and headroom for the passengers taking a seat in one of the three rows of seats. With a volume of 680 to 2,300 liters, the all-new GLS’ trunk is clearly class-leading. 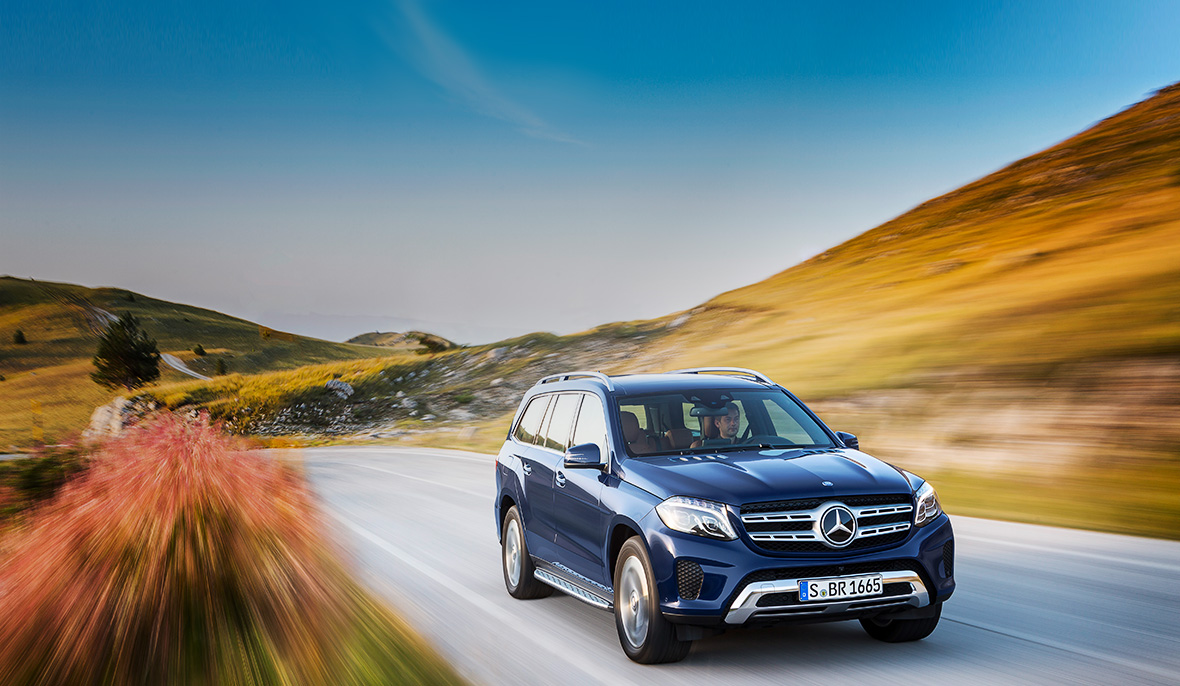 Compared to the GL, the newly-renamed SUV inherits the traditional brand values, but comes with improved efficiency, extended transmission modes, the AIRMATIC air suspension and the 9-speed 9G-Tronic automatic transmission as standard. 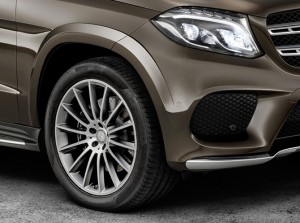 Following the recent brochure photos leak of last week, the Mercedes-Benz GLS is now officially out. The giant SUV has received new headlights, a daring double-bar radiator grille with the massive central three-pointed star logo taking center stage and a new bumper. Visual-wise, in addition to the standard array of paintwork choices, the new GLS brings two special-edition exterior colors: Designo Diamond White and Designo Cardinal Red. On top of this, there is a wide range of new light-alloy wheels options.

Upgraded from head to toe, the GLS’ interior boasts a new infotainment system, comprising of a new 8-inch color display and an intuitive touchpad, together with a redesigned instrument panel,all reminiscent of those found in the C-Class and the GLE. The latest version of COMAND Online includes Internet connectivity and standard services (automatic eCall emergency call, Accident Recovery, breakdown assistance and after-sales service).

DYNAMIC SELECT now comes with up to six transmission modes: Comfort, Slippery, Sport, Individual and Off-Road, with the optional Off-Road Engineering Package getting one more, the Off-Road+ mode. This brings extended functions for the AIRMATIC suspension, with a ground clearance of up to 306 millimeters and a fording death of 600 millimeters. The optional active roll stabilisation ACTIVE CURVE SYSTEM uses active anti-roll bars on the front and rear axle and reduces the roll angle of the body during cornering. 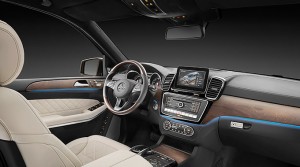 On the inside, the seven-seater is wrapped up in the exquisite Nappa leather upholstery. Just like the S-Class limousine, the GLS offers the option of an air ionization system. 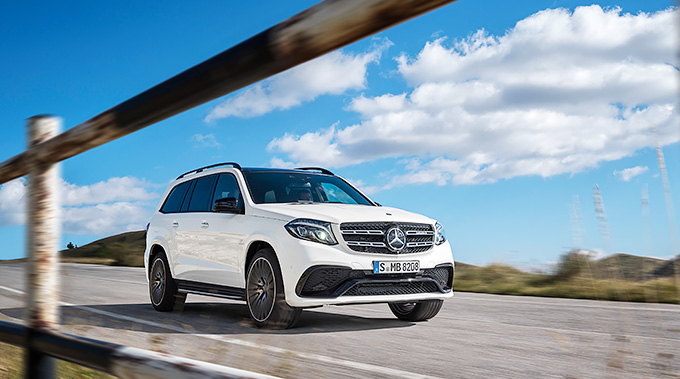 For extra power, call on the AMG performance house. The GLS 63 4Matic brings a maximum output of 585 HP and 760 Nm of torque, out of its 5.5-liter biturbo V8 and offers a revised AMG SPEEDSHIFT PLUS 7G-TRONIC transmission. A signature A-wing front bumper with larger air intakes, quad exhaust pipes and bigger multispoke wheels round up the looks of the GLS 63 AMG. Apart from all other models, the AMG version sports a Sport+ mode instead of the Off-road one.

The 2017 Mercedes-Benz GLS can already be ordered from November 2015, with deliveries in Europe set to begin in March 2016.

Check out the first video ever of the Mercedes-Benz GLS. Spoiler alert: the sound track is amazig!