The new Mercedes-Benz GLE has officially premiere ahead of its debut at the Paris Motor Show. The premium SUV comes loaded with the latest technology and with looks that confirm that the high-ride car stands its ground.

A redesigned grille, LED headlights with angular light signature, new wheels and a longer wheelbase are the highlights of the impressive exterior looks of the new Goliath. 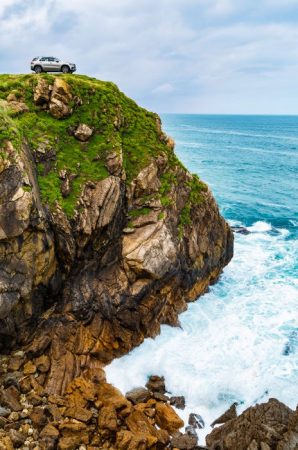 Inside, the GLE gets an updated version of the MBUX system, with the dual 12.3-inch screen layout, that made its debut with the A-Class, but has already been fitted with further developments. The SUV can optionally be converted into a seven-seater, with the second row of seats electrically adjustable.

Under the robust body, Mercedes has installed the company’s latest off-road driving capabilities, with the E-BODY ACTIVE CONTROL suspension and individual control of wheels, as an option dedicated to the off-road enthusiasts. 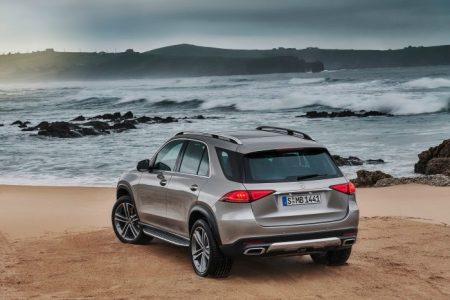 The first trailer of the new GLE doesn’t do justice to the super-capable SUV powered by the 3.0-liter 6-cylinder power unit with 48-Volt technology, that provides 367 horsepower and 500 Nm of torque, plus 22 extra horsepower and 250 Nm of extra torque thanks to the EQ Boost, delivered to both axles via the redeveloped 4MATIC 4-wheel drive system.

The video takes the new Mercedes-Benz GLE from a metropolis parking lot to the beach, but first, before meeting his surfer-friends, the driver gets his own share of fun escalating the paths full of irregularities and ridges. 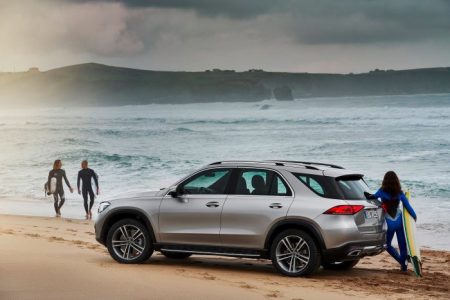 The 9G-TRONIC automatic transmission integrates a transfer case with an electronically controlled multi-disc clutch, allowing a variable transfer of torque between axles.

The GLE hits the road next year. The car will take center stage next month, at the Paris Motor Show.