The new Mercedes-Benz B-Class campaign has commenced on TV and online. The 30-second videos highlight safety and the high-tech features such as the MBUX system, fitted in the car that was presented at the Paris Motor Show last fall.

One of the videos featured in the campaign “Justify Nothing”, “Prof”, brings to the front a University professor who takes his toddler grandson to his classes. They spend the day having fun and end it with a ride in the new Mercedes-Benz B-Class. 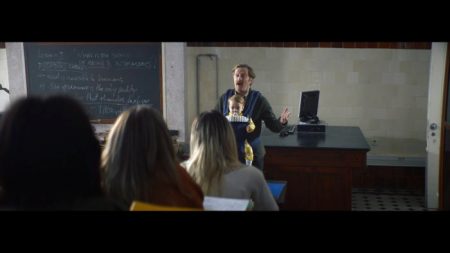 The video named “Costume” focuses on a father who dresses up as a princess to amuse his daughter. The film “Kiss”, a young couple preparing to become parents, make out in public.

The films, bringing the positive attitude and the idea that one does not need to justify any of his actions, have been shot and edited in variable lengths, to be broadcast online, on TV and also screened in cinemas across Germany. 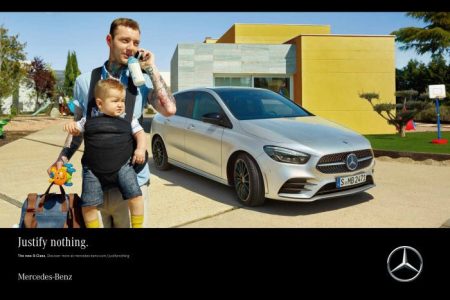 Manufactured at the Rastatt plant in Germany, the new B-Class has been available for order since December 3rd, 2018, with prices starting at 31,874 Euro, VAT included. Deliveries were scheduled to commence at the beginning of this month.