The new E-Class campaign – Nothing happens

The new E-Class with Intelligent Drive will make sure nothing happens. The latest campaign promoting the “Masterpiece of Intelligence” advertises for the “PRE-SAFE® Impulse Side” and “PRE-SAFE® Sound” systems via two short videos with an original script.

The two videos explain how the two occupant-protection systems function in case of accident, in a quite humorous way. The script brings a father and son on the banks of Loch Ness in Scotland, waiting for monster Nessie to come out of the lake. The setting is every bit Scottish: it is raining and there are bagpipes creating a gloomy atmosphere. And yet nothing happens. Could it be because the new E-Class recognizes danger and acts accordingly? 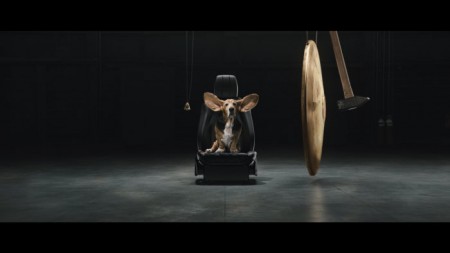 The new E-Class fitted with the PRE-SAFE® Impulse Side and the PRE-SAFE® Sound shall provide protection in case of accident like no other car ever built, say the Mercedes-Benz executives.

“No other vehicle in the business class currently presents itself as intelligently as the new E-Class. In the films we are showing the advantages of two of these intelligent technologies for the driver and the passengers in an entertaining manner”, says Dr Jens Thiemer, Vice President Marketing at Mercedes-Benz Cars.

The PRE-SAFE® Sound system triggers a safety natural mechanism that prevents hearing damage, as demonstrated by the bang and the dog with gigantic ears from the advert.

As for the PRE-SAFE® Impulse Side, it pushes the occupants as far as possible from the impact zone before the crash. In the film, the bowling ball seems ready to crash into an egg wearing a safety belt.

The videos will play on TV channels worldwide, as well as social media networks.