Get your bank accounts ready, ladies and gentlemen! Good times ahead in the automotive world! Here is an opis that people who are rich beyond imagination can keep as a shopping list. Mercedes-AMG R50 is right there, among the world’s most expensive cars in 2017!

The car makers are launching hypercars and supercars with the speed of light. Mercedes-AMG is planning one as well, to mark AMG’s 50th anniversary. Not much is yet known about the fireball set to develop in excess of 1000 HP, estimated to hit a 3-million dollar price tag. But who’s keeping this beast company in 2017? GTSpirit set up the list of the most expensive cars in the world next year. 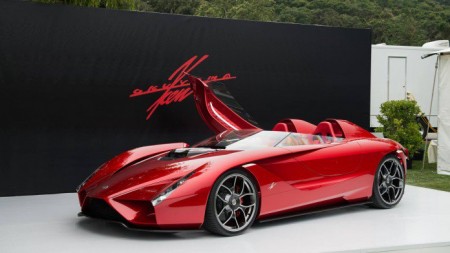 Who is Ken Okuyama? He is the man who penned out the design of the legendary Ferrari Enzo. The Maserati Quattroporte as his creation just as much. And now he has designed the Kode57, the car powered by a 600 HP V12 engine, priced at $2.5 million.