The Mercedes SLK of Michael Schumacher for sale. Find out how much it costs

Cristi Stefan, May 16, 2018
4.01K 0
Home Lifestyle The Mercedes SLK of Michael Schumacher for sale. Find out how much it costs

Schumi-Benz achieved a high price! A Mercedes SLK 230 Kompressor from the previous ownership of Michael Schumacher sold on eBay – for a pretty high price!

19,980 euros! So much has paid the buyer at an eBay auction for a Mercedes SLK 230 compressor from 1997 with 134,500 kilometers. That’s a lot of money for such a silver two-seater. Most dealerships trade comparable vehicles for a maximum of half the same amount. 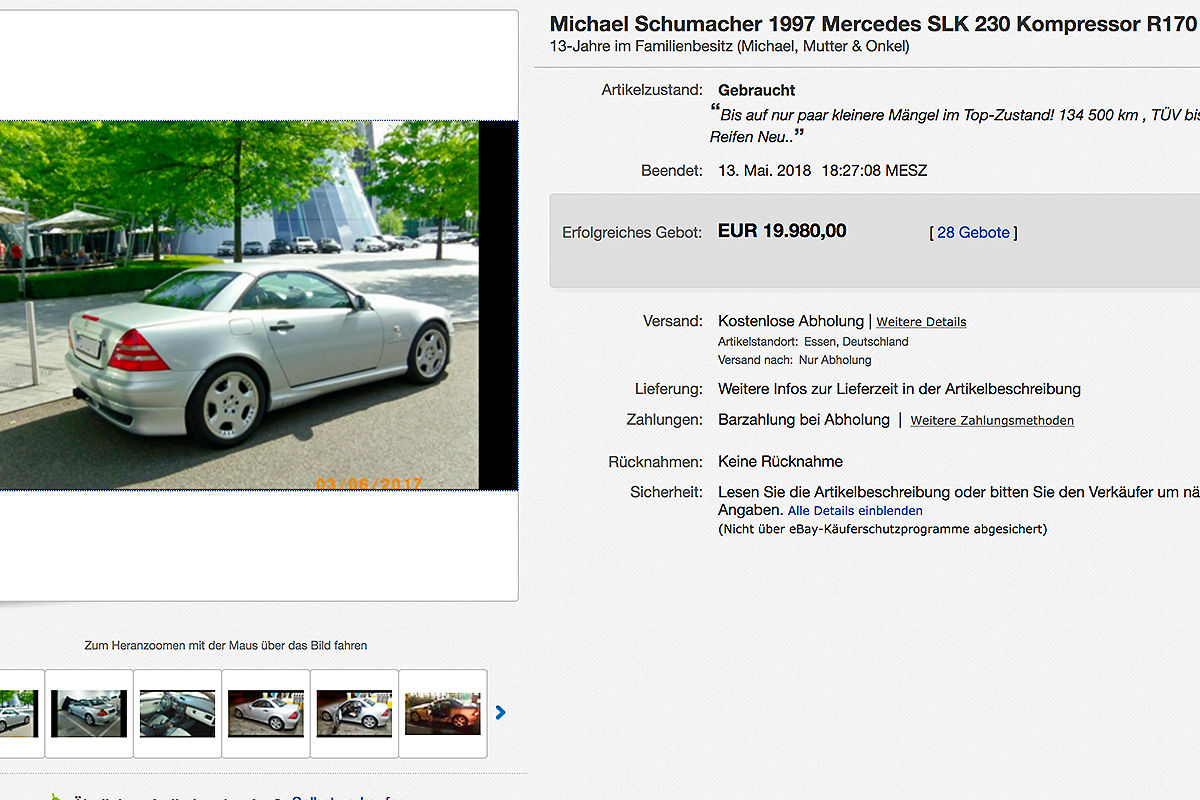 However, the car is not any SLK. Formula 1 legend Michael Schumacher bought the R170 in 1997 and registered it to his company in Kerpen. According to the seller, the SLK was first driven by Schumi’s mother Elisabeth, later by his uncle Karl-Heinz. About two more owners further, the Mercedes finally came into the possession of the eBay provider. He estimated the condition for the sale as top, described in detail the full equipment and of course highlighted the rarity of the car.

The Mercedes-Benz SLK is now celebrating its 22nd anniversary. In April 1996, at the 66th Turin Motor Show, those who laid eyes on the freshly unveiled SLK (R 170), called it “innovative” and “attractive”. It was the first time Mercedes-Benz was offering a small roadster positioned below the SL.

Setting new standards in engineering and technology, the SLK came with the folding sheet-metal Vario roof. It featured a combination between a solid hard top and a flexible fabric top. Designers Bruno Sacco and Peter Pfeiffer had been presented with an award for their visionary design back then. 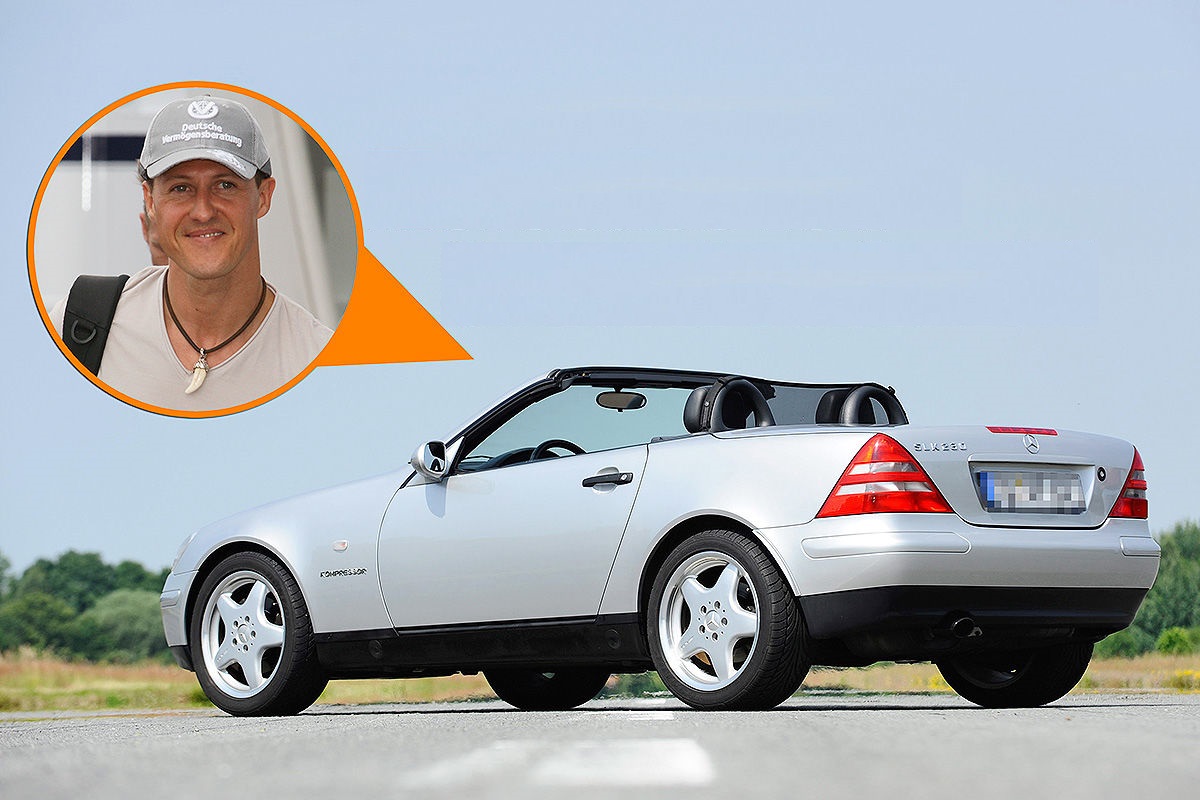 The SLK that belonged to Michael Schumacher had a 2.3L petron engine

670,000 SLKs were sold until today, with the R 170 accounting for over 311,000 units between 1996 and 2004. 20 year later after the Mercedes SLK saw the light of day, the SLC followed in his footsteps, into the world, hoping to write its way into the history of the automobile. READ OUR EXCLUSIVE DRIVE TEST BY FOLLOWING THE LINK BELOW