Confirmed by the Daimler CEO, Dr. Dieter Zetsche himself, at the Detroit Auto Show, the Mercedes-Maybach SUV is rumoured to come into the world around 2018. It is set to be based on the future generation of the GLS, yet inspired by the longest coupe in the world, the 6-meter long Mercedes-Maybach 6 Coupe.

The Maybach SUV shall enter the bull fighting arena that is currently under the command of the Bentley Bentayga, rated at a quarter million Euros, and in which Rolls-Royce’s first SUV, Project Cullinan, will also infiltrate.

The rendering presented here follows the design lines of the Mercedes-Maybach 6 Coupe, the concept presented at last year’s Concours d’Elegance, featuring an elongated bonnet and gullwing doors that the rendered sketch seems to have ditched. 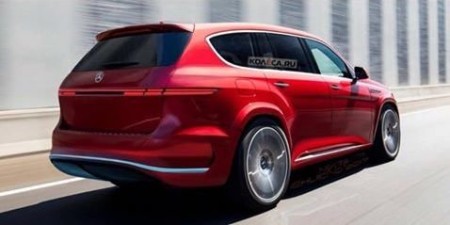 The massive grille and narrow headlights are still there, but what seemed to be side mirrors and were actually cameras in the Coupe concept, are now standard-style mirrors. The super-luxurious SUV built by the Mercedes sub-brand will probably hit the showrooms by the end of the decade.