Elena Luchian, June 1, 2017
17.99K 0
Home Lifestyle The Mercedes Lady Diana died in had been writen-off 3 years before the crash

Lady Diana died in a “death trap”. The Mercedes-Benz S-Class that crashed in Paris with the Princess and her lover Dodi Al Fayed on-board, on August 31st, 1997, had been written off before, rebuilt and put back on the road, says French TV documentary.

A Parisian journalist, Pascal Rostain, investigated the origin of the sedan that took Lady Diana and Dodi Al Fayed from the Ritz Hotel through the tunnel at Pont d’Alma, while being chased by the paparazzi. A friend of his had taken the car for a drive and reported it was a dangerous vehicle to drive in early 1997. 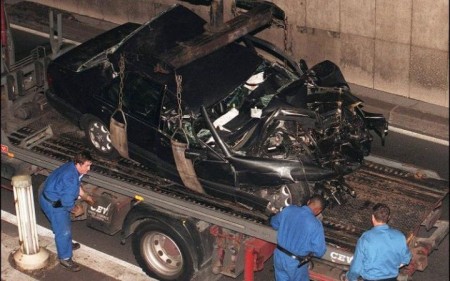 According to his story, three years before the fatal accident, when the Mercedes-Benz S280 was still new, it was stolen from its owner at the time, Eric Bousquet. An escaped prisoner had taken it on a joyride, crashed and rolled it several times in the countryside outside Paris. The car was then declared a write off by the insurance company.

But instead of going straight to the scrap yard after being deemed as too dangerous for the road, the vehicle got in the hands of a mechanic who fixed it and eventually sold it to a hire firm that supplied cars to the Ritz Hotel. 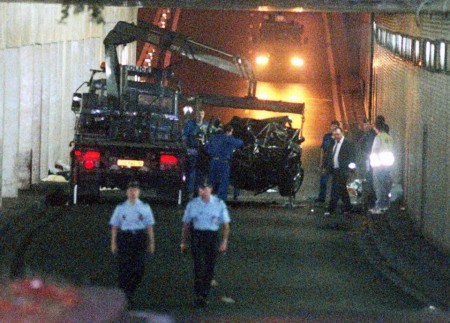 Rostain, who is the co-author of the book “Who Killed Lady Di” revealed the information on a radio show, saying the car the Princess died in was a wreck. The driver and Dodi Al Fayed died on the spot, but the bodyguard survived.

The French TV channel also claims the Ritz car was unfit for the road and Princess Diana or anybody else should not have been traveling in it. “We are not offering a theory, a new hypothesis, we are really offering verified facts. Diana was not safe in this car”, said Orphelie Meunier, presenter of the documentary. The information surfacing in France feeds the conspiracy theory that has emerged after the death of the Princess of Hearts.

Previous reports showed that the driver Henri Paul was overspeeding, was drunk and was on anti-depressants when he lost control of the car and crashed it into a pillar of the tunnel. The court ruled that he was the one guilty for the crash. 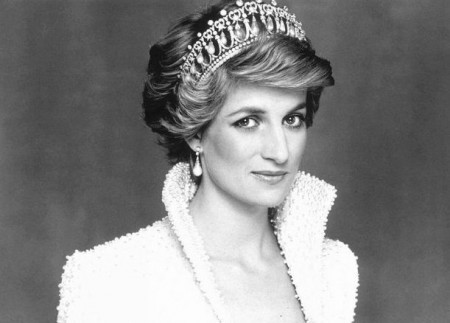