The Mercedes-Benz Unimog goes on a safari in Africa

Explore the wild in a Mercedes-Benz Unimog. It’s robust, it’s tough, it takes you anywhere you want to go. And with its rough lines, it even keeps the big African cats away. Hopefully. Join us on a trip into the pristine lands of the African reservations.

Images that you have only seen on the Discovery Channel unfold right before your very eyes, as you sit in the uncomfortable, yet safe and powerful Unimog U 406. So sit back and enjoy the view, together with the miraculous story of the vehicle. 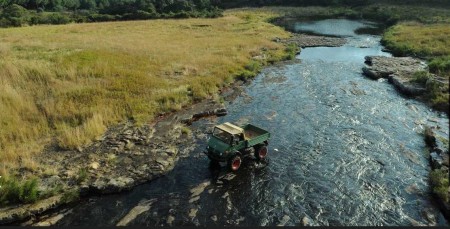 Carel Roux has restored the Unimog 406 himself. He owns a repair workshop specialized in Unimogs. It took him for years to get the 1974 Unimog back on its wheels, alive and kicking again.

Swept by the gold rush, the area still holds its treasures. The villages established back then, the primitive communities and memories of the first automobile that ever came to the village, back in 1912, make up the history of the zone.

Why hurry in such a world where time runs slow? Enjoying every inch of the almost-pristine land blocks the speed out. “You can just let the Unimog trundle through the landscape, while you sit back and enjoy the scenery to your heart’s content”, says the 67-year-old driver.

He’s got a history with the Unimogs. Even as a kid, he used to travel in a U 411 that his father had purchased for his farm. With the love of such vehicles in his DNA, Carel Roux subsequently trained as an automotive technician at the Mercedes-Benz’s South African subsidiary. 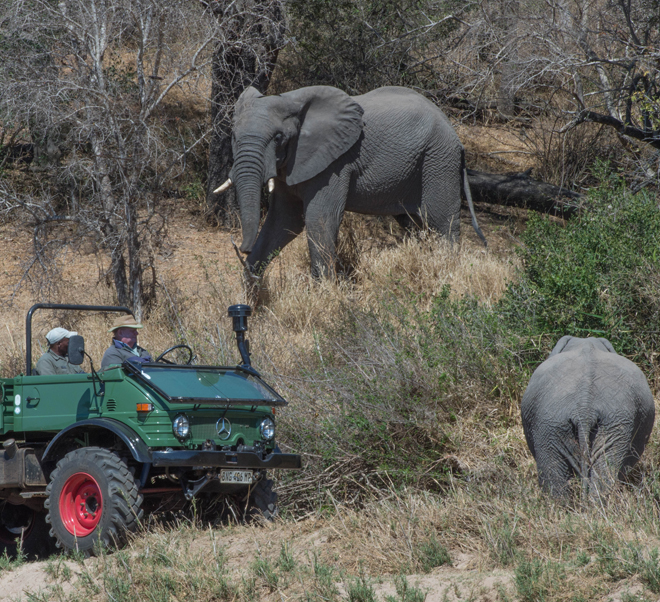 It is not just this Unimog that he owns today, but five others that he cares for as if they were his babies. And in his garage, he still keeps his father’s U 411 and occasionally takes it for a ride. Just to stretch its… wheels a little bit, around the Kruger National Park, an area of 20,000 square kilometers, of the size of the European country Slovenia.

But in this African “Slovenia”, the oldest private reservation in South Africa, there are lions and leopards running wild and elephants sunbathing and rhinos mudbathing, of course. Tourists who intrude can get so close to them that they can smell the scent of the wilderness.