The Mercedes-Benz Unimog fights the snow in extreme winter

The Mercedes-Benz Unimog is famous for its roughness, toughness, competence. Unbeatable in extreme conditions, the truck proves yet again what it can do. Snow seems to be its natural habitat in a mountain town in Germany and its surroundings.

The Mercedes-Benz Unimog got a snowplough and a gritter and got down to work. It clears snow from roads and access routes and looks quite in its element. The truck fights the extreme winter conditions in Rottach-Egern on the Tegernsee in Germany. It is an area where winters bring a lot of snowfall. 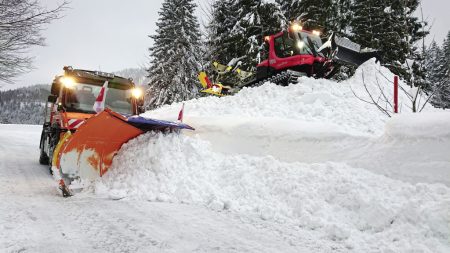 The municipal works depot of Rottach-Egern operates not only on flat roads and paths around the lake. The Unimog also has to deal with  access routes to the ski lifts of the nearby Wallberg mountain. Equipped with snow chains, the vehicle seems unstoppable. Nothing can beat the forward thrust of the Unimog and it clears snow at an altitude of up to 1,000 meters.

Tobias Maurer is a deputy manager of the works in the German mountain town. He knows that his U 427 can do this, regardless of the conditions. “The roadways here have gradients of up to 85 percent. But those are the conditions where the Unimog really feels at home.”

The mission of the Mercedes-Benz Unimog, initially designed as a tractor, back in the 1940s, is not completed when once winter is over. The truck carries on, transporting gravel to the forest tracks. It sometimes tows a trailer that carries a building machine to a construction site. Road construction is also part of its portofolio. All these activities prove that workers are dealing with a jack-of-all-trades. One that apparently seems to be a master of them all. And so the Unimog tells stories that no other vehicle can tell. 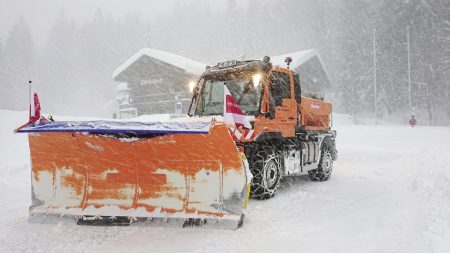