The Super Bowl is going back to the Mercedes-Benz Stadium in 2019. It’s the first time it takes place in Atlanta after the 2000 edition. The new sports arena is to be opened in the summer of 2017.

The 2019 Super Bowl is the third edition to take place in Atlanta. The $1.4 billion Mercedes-Benz Stadium, located in the heart of the city, is yet under construction. The city’s officials boast accommodation spaces and world-class sightseeing placed within walking distance from the stadium.

“It’s a wonderful day for our city and I know the people of Atlanta and all of Georgia will deliver a spectacular Super Bowl celebration in 2019,” said Atlanta Falcons owner, Arthur M. Blank. “Mercedes-Benz Stadium will be an outstanding venue for the game and with all of the attractions and hotel rooms within a mile of the stadium this is going to be the most walkable Super Bowl ever.” 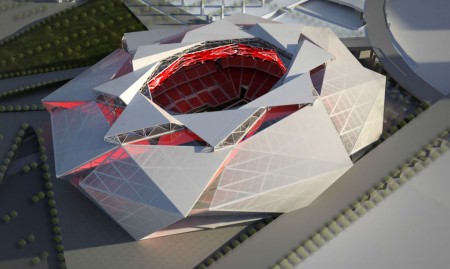 Upon its completion in 2017, Mercedes-Benz Stadium will be a world-class sports and entertainment facility and home to the National Football League’s Atlanta Falcons and Major League Soccer’s Atlanta United. The multi-purpose stadium will host major sports and entertainment events, including the 2018 College Football Playoff Championship, the 2018 Chick-fil-A Peach Bowl, the SEC Championship and the NCAA Men’s Final Four in 2020.  Mercedes-Benz Stadium is proud to be collaborating with its naming rights partner Mercedes-Benz USA.