The Mercedes-Benz F 100 research vehicle is celebrating a quarter of a century. 25 years ago, the vehicle brought together new ideas and innovative technology, all in one. The car, long outdated according to today’s standards, was back then, an awesome preview of the connected cars of our times.

Voice-controlled car telephone, autonomous cruise control, xenon headlights and a chip card as the vehicle key. All found room in the Mercedes-Benz F 100, 25 years ago, for the very first time. 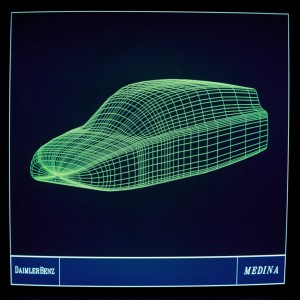 Who’s who before they get on the road?

And it was not just research vehicles that Mercedes-Benz brought to the stage of the automotive world. There were technology cars, test cars, concept cars and then the one-off vehicles, ahead of the standard-production ones.

The technology vehicles are standard-production cars especially built to test the technology under everyday conditions.

The test cars are made to take new technologies out of the research lab and onto the test track.

The concept cars are near-production versions, ready-to-drive vehicles, targeting to position a future model on the market.

And last, but not least, the one-off vehicles are made to study the feasibility of the model, showing new ideas in the form of complete automobiles.

In 1991, the engineers placed the driver’s seat in the center of the passenger cell, considered to be the safest location inside the car. It turned out to be an innovation in terms of safety. The passengers in the second row were seated to 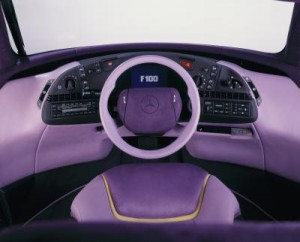 the left and right, behind the driver’s seat. Other two passengers would have their seats between the rear wheelhouses. Of course, such a layout would have needed special access: rotating-swivelling doors, moving parts of the floor and roof, would allow the driver to get into his seat.

The F 100 was a solid preview to today’s connected cars. It featured a voice-controlled telephone system and a central display which permanently showed relevant information, such as the cruising speed or traffic warnings. All data were provided by the reversing camera, the distance-warning radar and a traffic-monitoring radar system, that gave the driver extra information about the vehicles in the blind spot, in case he would intend to change lanes. The car also featured automatic lane keeping.

Instead of the conventional key, the F 100 came with a card chip, electric motors that adjusted the seats and the steering wheel, a mobile fax and a personal computer. The eco-technology brought the F 100 solar cells in the roof, within an area of two square meters. 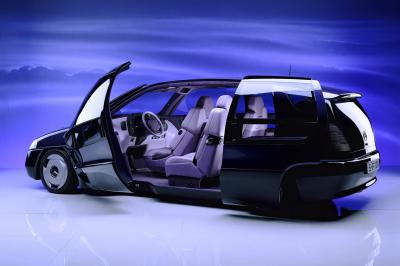 It also featured a new lighting technology. The compact headlights were the first made by Mercedes-Benz featuring gas-discharge lamps. This was just the beginning of the xenon headlamps. 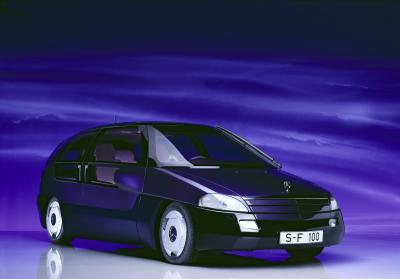 The F 100 was a front-wheel drive experiment and the model family also included a version with a modified internal combustion engine running on hydrogen. A sandwich floor and an electronic tyre pressure monitoring were also tested in the research vehicle.

It happened 25 years ago. But what is to come in other 25 years from now?