The Mercedes-Benz CL 55 AMG F1 Limited Edition was all about performance when it came to life 20 years ago. The series production model was based on the Formula One Safety Car that paced the racing cars.

Mercedes revealed the car in May 2000. The performance division had developed it as a Formula One Safety Car. Behind the steering wheel was, just like today, Bernd Maylander. Eventually the Safety Car of that season translated into a street-legal series production model.

The Mercedes-Benz CL 55 AMG F1 Limited Edition was the first street-legal car worldwide that received ceramic brake discs developed by Brembo. They were thus there to stop all the force of the high-performance V8 engine that provided it with 360 horsepower and a peak torque of 530 Nm. It could hit a top speed electronically limited at 250 km/h. 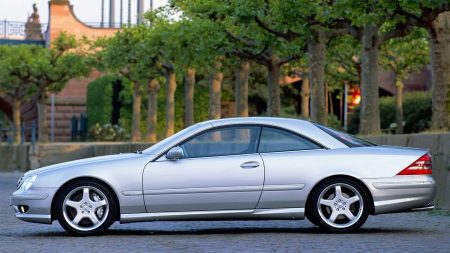 The newly developed discs were 60% lighter than conventional steel discs. Formula One World Champion in 1998 and 1999, Mika Hakkinen stated: “The most important part of a sports car is not the engine, but the brakes.” And the CL 55 AMG F1 Limited Edition seemed to have everything it needed.

Available only in brilliant silver metallic, the coupe was a limited edition model. Mercedes only built 55 such cars, with a price tag of 330,000 Deutsche Marks. Its exclusivity attracted collectors like a magnet. It entered production in the summer of 2000 and first customers received their brand-new sports luxury coupes in the fall. 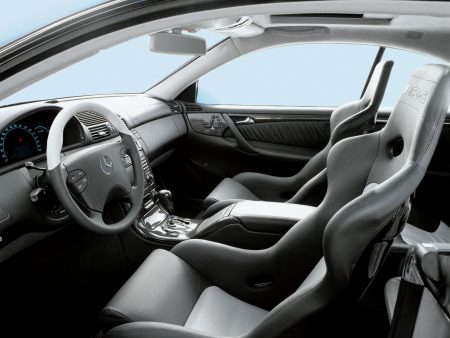 The F1 Limited Edition logo showed up on illuminated doors sills and on the center console. It featured a black-and-silver leather upholstery with the embroidered AMG logo, bucket seats, an AMG sports steering wheel in perforated leather and an automatic gear selector with a leather-carbon fiber combo. Everything inside breathed performance.

One of these motorized rarities is displayed in the extensive Mercedes-Benz Classic vehicle collection.