The Mercedes-Benz A-Class L Sedan has just broken cover at the Beijing Motor Show in China. The sedan gets an extended wheelbase and all the innovative systems that the hatchback presented in Geneva received.

Produced solely at the Beijing Benz Automotive Co. Ltd (BBAC), the Mercedes-Benz A-Class L Sedan gets a wheelbase of extra 6 centimeters (from 2,789 mm to 2,729 mm). With short front and rear overhangs, the A-Class L Sedan displays a sporty image that is by no means altered by its new length. The front end is similar to the one of the hatchback, with the aggressive styling of the single-louvered radiator grille and sleek chrome-decorated headlamps. Customers can tick the Sedan or Sport Sedan boxes, the latter coming with powerdomes on the bonnet. 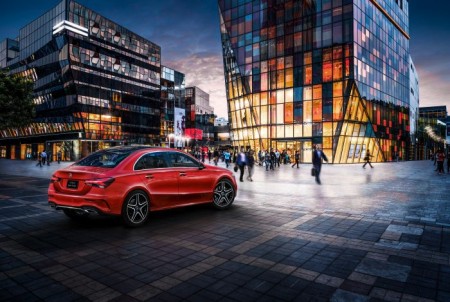 From the side, the greenhouse is swept backwards. The wheels, with sizes from 16 to 19 inches, perfectly fit the sporty nature of the sedan with broad shoulders for a solid stance on the road. The horizontal taillights enhance the width impression of the car. Rose gold is the exclusive exterior paint finish for China. 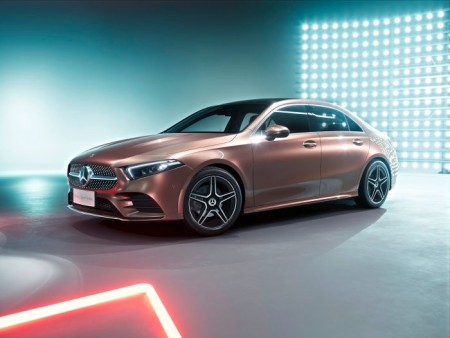 Like the hatchback, the Sedan features the revolutionary interior. The sedan receives the driving assistance systems carried over from the S-Class and the MBUX (Mercedes-Benz User Experience) infotainment system fitted for the first time in its hatchback sibling. The voice control system is especially tailored to also recognize various Chinese dialects. For the first time a cowl above the cockpit has been completely dispensed with, so the wing-shaped main body of the dashboard extends from one front door to the other with no visual interruption. The wing below the main body, the so-called wing section appears to float, as there are no connections or shape transitions to the surrounding area. The Chinese customers get a new interior experience with ambiance lighting with 64 colors. 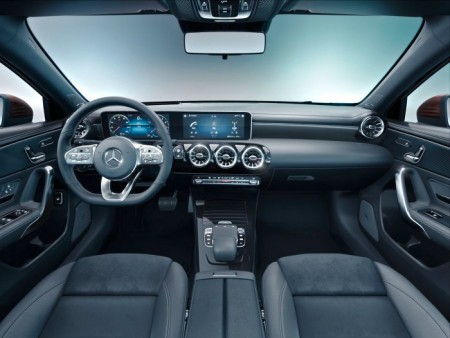 In order to provide more kneeroom for the rear passengers, Mercedes chose to extend the wheelbase, making it 60 mm longer than that of the hatchback. The Chinese A-Class L Sedan measures 4609 mm in length, 1796 mm in width and 1460 mm in height. The boot has a capacity of 420 liters.

Under the hood of the A-Class L Sedan, there is the 1.33-liter engine with the cylinder deactivation function. Also available at the market launch, there is the 2‑liter 4-cylinder engine with CAMTRONIC variable valve timing. The engines are coupled as standard with the 7G‑DCT dual clutch transmission. 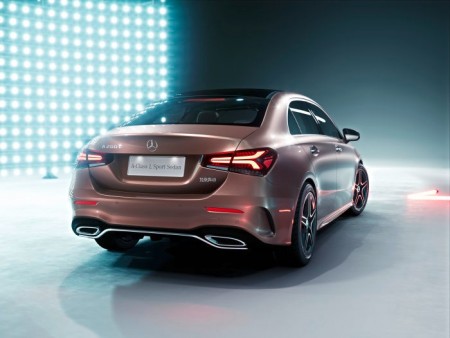 Last year, China was, once again, the largest sales market for Mercedes-Benz and for smart, with customers located in Mainland China ordering over 610,000 vehicles, figures that break any sales record of the car with the star. Around 430,000 of them were produced locally in 2017.

Customers worldwide have already received more than six million compact models. In 2017, the compact family of Mercedes-Benz, that is now extended to eight members, was the favorite for 620,000 customers.

The car will hit the showrooms in China in the second half of 2018. A model of the sedan customized for the needs of the customers outside China will be ready then as well.