The Mercedes-AMG driver Lewis Hamilton is the new World Champion, one week after his team won the Constructors’ Title! He finished the Mexico Grand Prix only 9th, but that is all he needed with his main rival, Ferrari’s Sebastian Vettel, struggling for the 4th.

Qualifying was bad enough for the Mercedes-AMG PETRONAS Motorsport racing cars, with them both starting from the second line on the grid. But Lewis Hamilton collided the pole-sitter at the first turn and things were getting even worse. After assessing damage and fixing what was fixable, they ended at the back of the pelleton. 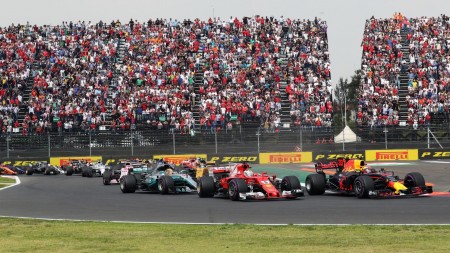 “He hit me deliberately”, Hamilton complained about Ferrari’s Vettel to his team. But the German had his own battle with Felipe Massa, who forced him off the track in a duel.

Meanwhile, Max Verstappen, having started second, had his own one-man show at the top, with Valtteri Bottas, who had just escaped the collision in front of him, chasing the young Dutch like a geniuine hunter. Max’s teammate, Daniel Ricciardo, had to pull out of the race because of a turbo issue. 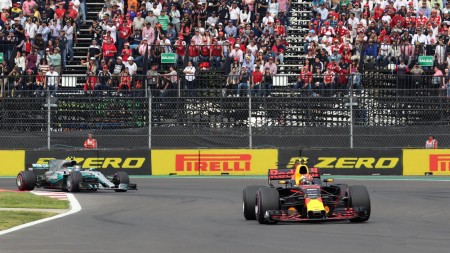 The so-far 3-time world champion saw himself in the most uncomfortable position of his Formula 1 career. From the 19th position, he was blue-flagged to let the leader Max Verstappen pass by him.

At lap 42 and with a 13-second lead, Max is begged from the pitwall to take it easy, since he’s gaining more than a second per lap in front of Valtteri Bottas, an unnecessary effort. When asked again, the Dutch amusedly apologizes for not being able to slow down.

Two laps before the end the World Champion to be, Lewis Hamilton, battled Fernando Alonso and their cars touched for an instant. 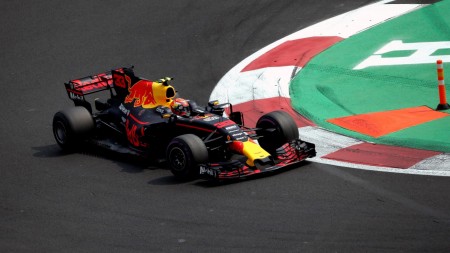 Max Verstappen got his third victory in Formula 1, with Valtteri Bottas crossing the finish line second. Lewis Hamilton has just got his 4th World Championship Title from the 9th position, becoming the all-time best British F1 driver in terms of title numbers.

With his car battered and bruised, Lewis stopped in front of the fans for a heartfelt speech and then had his champagne bath on the podium and together with his family and team.