The Jurassic World Premiere – The Mercedes cars look so dino-mite!

The Mercedes cars dazzled on the red carpet in Los Angeles, at the world premiere of the Jurassic World. The all new Mercedes-Benz GLE450 AMG Sport Coupe took the cast members to the Hollywood venue. The all amazing G63 AMG 6×6 waited for them there.

Jurassic World hits theaters worldwide on Friday, June 12, but the motion picture was already played in Hollywood. Therefore, all the stars came out for the premiere of highly anticipated sequel in which no less than four Mercedes cars show up to fight the dinosaurs.

The Mercedes-Benz GLE 450 AMG Coupe will be making its debut on the silver screen in “Jurassic World”, driven by the hands of Claire (Bryce Dallas Howard).

Owen (Chris Pratt) will be behind the wheel of a G-Class. A Sprinter, a Unimog converted into a dino-ambulance, and the beast on wheels G63 6×6 are going to keep them company. 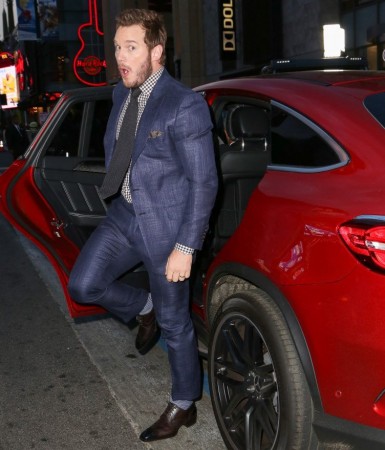 Chris Pratt, his leading lady Anna Faris, the leading lady of the movie Bryce Dallas Howard, the smoking-hot Sofia Vergara and Joe Manganiello made the premiere a star-studded event, with everyone, together with the cars, looking so… dino-myte!

If this new science fiction movie with all the stars and cars is going to rake in big bucks at the box office remains to be seen. But the G63 6×6 and the new GLE Coupe are great guarantees.