We have seen a bulletproof S 600 Guard, but here is the GL Starship Enterprise. The Russian company DartZ took security to a whole new level and built a fortress on wheels for the safety paranoids. And to make it sounds even stronger, they named it by the name of a military helicopter, The Dartz Prombron Black Shark.

The bulletproof Prombron Black Shark can even fight Captain Picard’s Starship Enterprise, as some of its features may sound pretty science fiction. The Russian company claims that the bullet resistant Kevlar-titanium even prevents the use of magnetic mines. It also features military technology like a road analyzing device, sniper-prevention roof and long distance explosive detector. 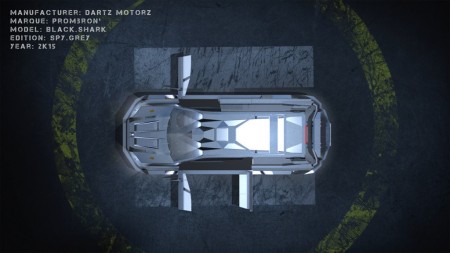 And you won’t believe your eyes when you see this. The door handles look like vanishing into thin air by the simple touch of a button. But before they do that, they have the shock wave to offer to those who come to close. The press release amuzingly calls them: “anti-paparazzi shock-device”. And the one inside might as well be the next Michael Jackson!

Nobody can break in into your private science fiction fortress. It opens up like the safe deposit, by scanning the owner’s/driver’s retina or by identifying his fingerprint.

If you’re in the mood to play once you are out of the conflict zone, well, there it is. A PlayStation 4, all for you, in your sky rocket vehicle, to boost your multimedia experience!

No mechanical information provided it yet, but we know that DartZ uses the Mercedes Benz GL 63/65 AMG platform and offers customers two engine options: a V8 or a V12, with tuning available up to… 1 500 HP. Yeah, you read that right: 1 500 HP! So, as we were saying, when Captain Picard said “Full speed ahead”, that must be what he actually meant. Only five “starships” will come out the DartZ factory.

Read about another bulletproof Mercedes vehicle!

The Russians conform the Mercedes logo “The best or nothing” and put the finest trims, leather upholstery and elements inspired from the aviation history (or should we say UFOs?) inside the jumbo. 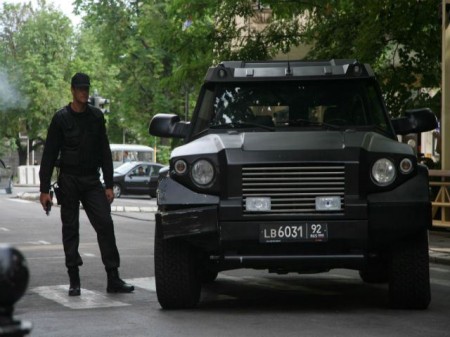 The bulletproof GL is already famous in Hollywood. The English comedian Sacha Baron Cohen, playing the part of the Admiral General Aladeen of the Republic of Wadiya, had one in “The Dictator” (2012), Bruce Willis drove one in “A Good Day to Die Hard” (2013) while impersonating an agent unable to stay away from the gunshot zone and, this fall, we have just seen the former 007 spy, Pierce Brosnan, trying to escape the villain’s collosus in “November Man”. But none of the vehicles had SF characteristics so far.

To make sure everybody know who’s inside the stellar vehicle, you can demand your monogram engraved on it. Just remember! Sooner or later, you will have to come out of this monster. And you’d better be as tough as it is!